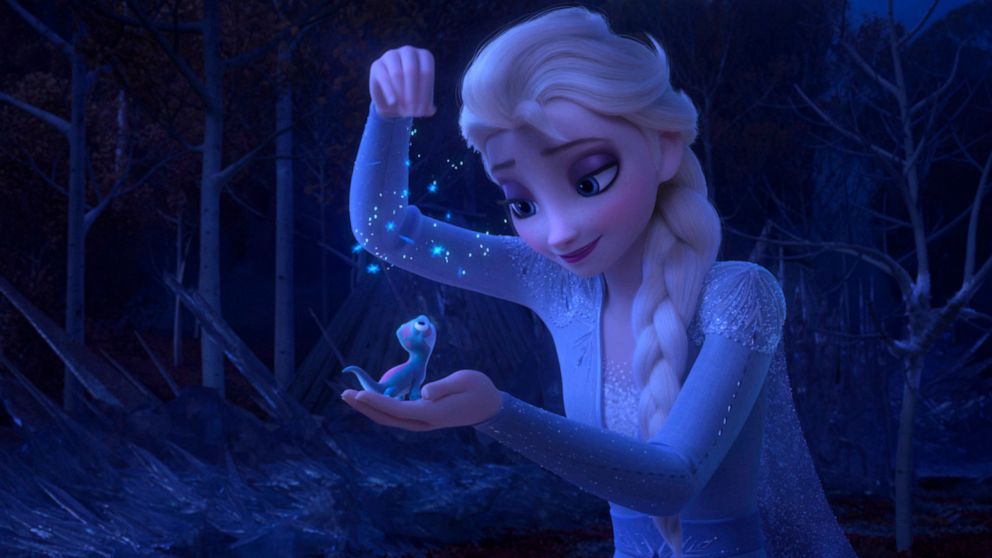 The record-breaking weekend debut of Frozen 2 has lifted U.S. movie theater stocks out of a year-long freeze.
Shares in AMC Entertainment Holdings jumped more than 4% Monday while other chains also posted significant gains.
Movie theater companies have struggled to grow in recent years as streaming services like Netflix produce their own content as well as offer libraries of films that viewers can watch in the comfort of their own homes. Apple and Disney recently joined the streaming party, offering their own monthly subscription-based content.
Frozen 2 raked in $127 million debut domestically and $350.2 million worldwide this weekend, according to studio estimates. It was enough to boost shares in Cinemark Holdings, Marcus Corp. and Cineworld Group Monday morning.
Shares of AMC, based in Kansas, have lost nearly one-third of their value this year. Cinemark and Cineworld are both down more than 10% in 2019.

On two straight nights of unruly protests, police officers retreated from their posts in some cities, while in others, they deployed batons, flash-bang grenades and tear gas to quell the unrest
Read more

This Weatherman Has a Small Adorable Couch For His...

People online were enamored with the pup lounging in the background.
Read more

No mention of Hong Kong security law as China...

Arizona Senate Bill 1355 would have allowed rape victims to remove their rapist's parental rights to children conceived from rape, but the bill was withdrawn after another senator demanded an amendment to protect rapists who assaulted their spouses.
Read more

The DJI Mavic Air 2 drone appears to have leaked, with photos showing what we can expect from the mid-range 4K drone.
Read more

"Pioneer Woman" star Ree Drummond's pure, wholesome sense of positivity is such a hallmark of her cooking show that the slightest hint of motherly concern in her voice was jarring as she introduced the first of her "Staying at Home" specials.
Read more

The 700-plus page stimulus package the Senate is drafting will give Treasury Secretary Steve Mnuchin broad authority to rescue beleaguered airlines and related distressed companies with $46 billion in direct fi...
Read more

The data official behind Florida's Covid-19 dashboard says she has launched her own dashboard after being removed from the state's project.
Read more

ICYMI: Top takeaways from this week’s “Face the Nation”

This week we sat down with National Security Adviser Robert O'Brien, former DHS Secretary Michael Chertoff and FDA Commissioner Dr. Scott Gottlieb for the latest on the battle against COVID-19.
Read more

The shape of the structures resemble that of complex carbon molecules known as "fullerenes," which were one of the first nanoparticles discovered by scientists.
Read more

Changes designed to enhance opportunities for minorities to get executive, head coaching and coordinator positions were passed Tuesday by NFL owners.
Read more

Active-duty forces are normally prohibited from taking part in domestic law enforcement, but the Insurrection Act of 1807 allows for a state legislature or governor to request assistance in the event of civil unrest.
Read more

Coronavirus lockdown: The Indian migrants dying to get home

Many poor Indians, fleeing hunger in locked down cities, have died of exhaustion or in accidents.
Read more

Small business owners still have time to save on 2019 taxes