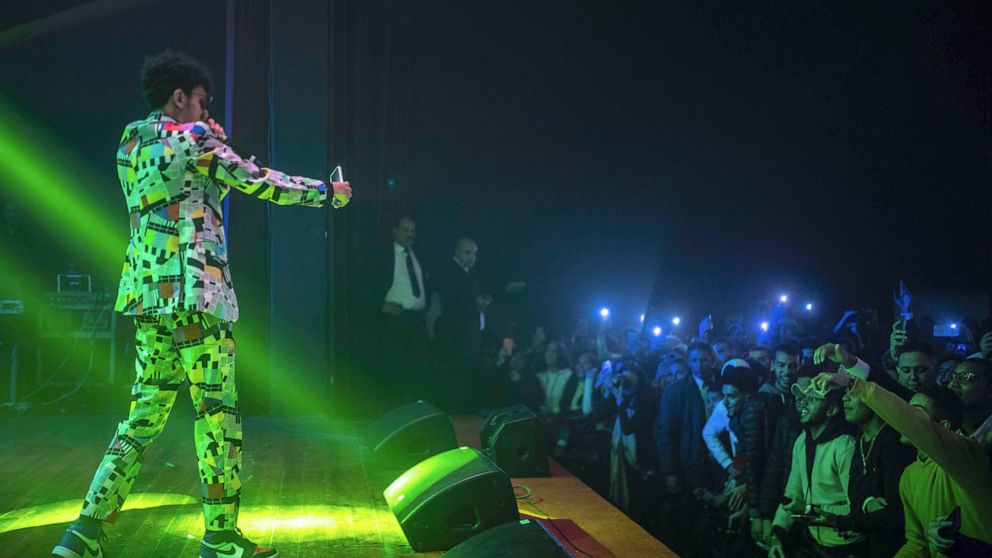 The Latest on the trial of a Moroccan rapper charged with insulting police (all times local):
7:30 p.m.
A Moroccan rapper who co-produced a viral video critical of the government has been convicted and sentenced to a year in prison.
Gnawi was sentenced Monday on a charge of insulting police.
Moroccan authorities have said Gnawis arrest was prompted by an earlier video in which he insulted the police, a crime punishable by up to two years in prison.
But one of his fellow rappers and other supporters say it was in response to the video, a five-minute manifesto against the powers-that-be and that criticizes the countrys widening economic gap.
8 a.m.
Moroccan rapper Gnawi is going on trial accused of insulting police. But his supporters see the case as a crackdown against a recent video by him and two friends that exposes Moroccos problems with migration and drugs.
The song also criticizes the king, which is a crime.
Gnawi, a former military serviceman whose real name is Mohamed Mounir, goes on trial Monday in a case that his supporters see as a backlash against expressions of growing public anger at authorities and lack of economic opportunity.
Moroccan authorities say the arrest was prompted by an earlier video in which Gnawi insults the police, which is a crime punishable with up to two years in prison.

What is AWS Lambda?

Amazon Web Services includes a number of service features - here we explore how AWS Lambda can be use for real-time transactional processing.
Read more

Stimulus checks: How much money will you get, and...

$2 trillion stimulus bill includes payments for most Americans. Here's how to figure out how much you'll receive.
Read more

President Trump to sign animal cruelty bill into law, making it a...