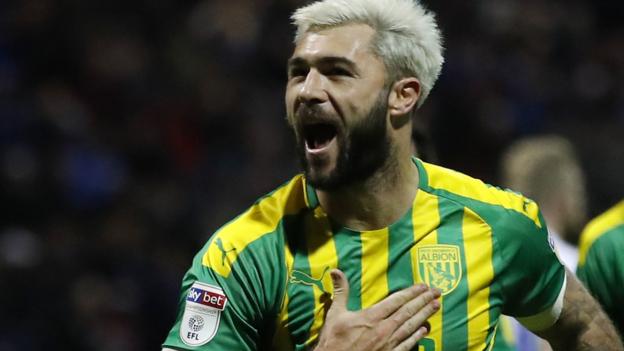 Charlie Austin’s 90th-minute penalty sent West Bromwich Albion back to the top of the Championship as they snatched a last-gasp victory at Preston.

The late winner gave West Brom a fifth successive victory but they left it late at Deepdale as injury-hit Preston, without a host of players including their entire first-choice back line, looked set to earn a point.

Instead, Alex Neil’s men saw their unbeaten home record ended and they remain sixth, just inside the play-off places but 11 points behind the table-topping Baggies.

The Rationing of Care May Lead to Lawsuits Against Doctors. Here is What We Should Do to Protect Them | Opinion

Moxley and Jericho will meet in the ring just days after their AEW World Championship match.
Read more

Next up: Trump’s $1T plan to stabilize economy hit...

The legendary star expressed her support for the Democratic presidential candidate and his plans to combat climate change.
Read more

An almost complete specs list for the super-premium Huawei P40 Pro Plus 5G has leaked, along with more P40 Pro specs.
Read more

A handwritten note left by two low-tech car thieves pleading with police not to tow their stolen vehicle led to their quick capture, Colorado cops tweeted this week.
Read more