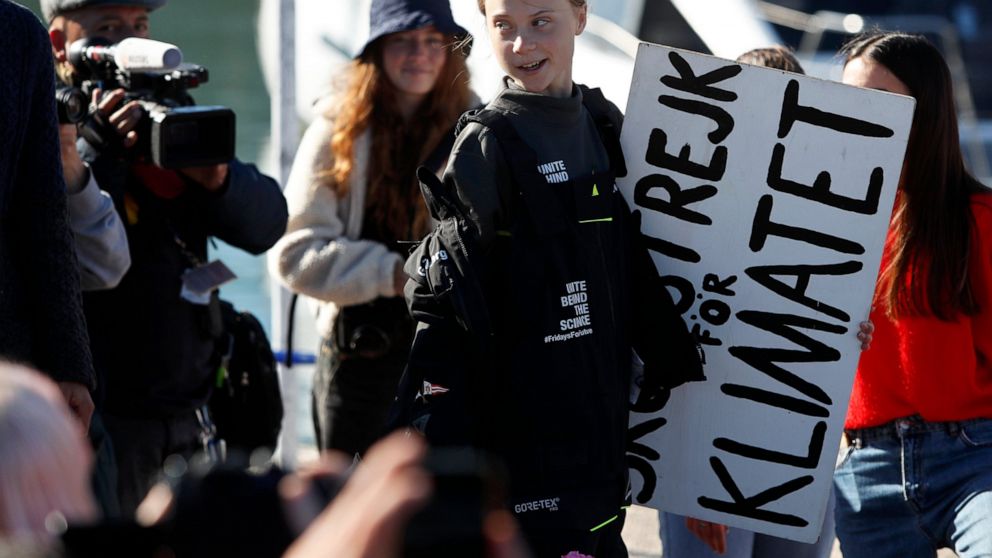 The Latest on the U.N. Climate Talks in Madrid (all times local):

Pope Francis is questioning if theres the far-sighted political will to deal with climate change.

In a message to climate talks in Madrid, Francis called climate change a challenge of civilization for the common good. He adds that, sadly, awareness is still weak about the need to work tougher for our common home.

The Vatican made public on Wednesday the message by the pope, who has made caring for the environment a hallmark of his papacy.

Francis says that whats needed is clear, far-sighted and strong political will. But he says we must seriously ask ourselves if there is the political will to courageously allocate the human, financial and technological resources needed to mitigate climate changes negative effects.

The European Union said Wednesday that it will likely miss its target for reducing greenhouse gases by 2030, dealing a blow to the blocs efforts to be a leader in the fight against climate change.

The European Environment Agency said existing measures put the EU on course to cut its emissions of carbon dioxide and other planet-warming pollutants by 30% in the next decade compared with 1990 levels. Currently, the 28-nation bloc aims for a reduction of 40% by 2030, and some leaders have called for this target to be raised to 55%, with a long-term goal of ending virtually all new emissions by 2050.

The report was released as officials from almost 200 countries meet in Madrid for U.N. climate talks. The EUs new executive Commission is expected to present its long-term plan for tackling global warming dubbed the European Green Deal next week.

The Associated Press Health and Science Department receives support from the Howard Hughes Medical Institutes Department of Science Education. The AP is solely responsible for all content.

The first manned orbital mission in nearly a decade is less than 24 hours away. The launch will also be the first time America's space program relies on a privately owned and operated spacecraft. Mark Strassmann reports.
Read more

Trump’s trip to the Hill was all about campaign,...

At lunch with GOP senators Tuesday, President Trump focused on poll numbers, Joe Biden, and telling senators they need to get tough or they’ll lose in November.
Read more

Antarctic Penguins Emit so Much Laughing Gas in Their...

Scientists from Denmark were studying a king penguin colony to assess its impact on greenhouse gas emissions.
Read more

The lawmaker also told Fox News that it was "now or never" for the U.S. to change its relationship with China.
Read more

"Everyone allow her to re-introduce herself her name is Zaya Wade!" wrote the former basketball star on Instagram.
Read more

MSNBC contributor Anand Giridharadas argued Wednesday that Americans are "freedom-obsessed" to the point it blinds them "to other types of threats, including "a virus" or "climate change" in a commentary that sparked some...
Read more

Coronavirus: NI and Irish leaders to meet over cross-border...

Tony Blair calls for stronger WHO and more global...

"Bait bombs" made from food stuffed with explosives are common in India, and are used mostly to hunt wild boars for meat.
Read more

Nicola Sturgeon says people in Scotland must "stick with" the lockdown until there is "solid evidence" about its impact.
Read more

The White House response coordinator for the coronavirus task force said Thursday that extreme predictions about the pandemic don't line up with the incoming data, while also pushing back against unfounded rumors that could alarm the public.
Read more

Former President Barack Obama wrote a post on Medium about how to use the moment of the George Floyd protests to make "real change."
Read more

Native Americans Are More Vulnerable to Coronavirus—Less Than 3...

Navajo Nation, the largest Native American territory in the U.S., has the highest per capita infection rate in the country, surpassing that of New York, the worst-hit state.
Read more

The Rationing of Care May Lead to Lawsuits Against...

The last thing we need mid-pandemic is for already overwhelmed, overworked doctors and nurses to worry about being sued.
Read more