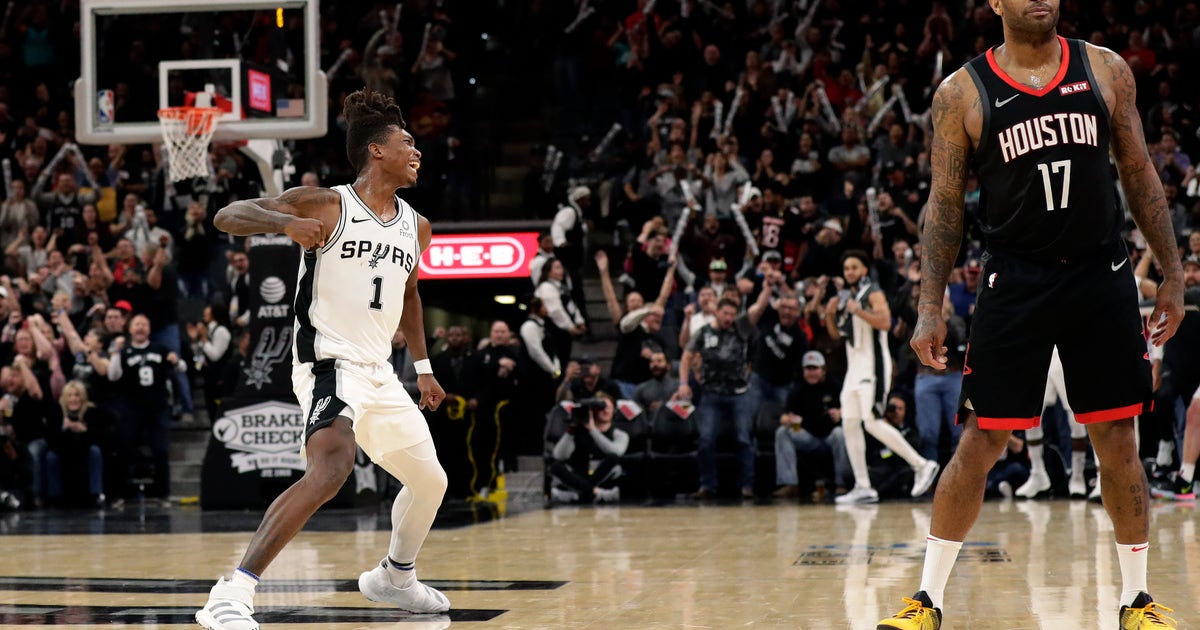 Harden played a season-high 49 minutes coming off a 60-point outing Saturday over three quarters against Atlanta. He was whistled for two charges in the second overtime. The second came against DeRozan with 0.8 seconds remaining, sealing San Antonio’s victory.

The Rockets led by 22 in the second half and were up double digits in the fourth quarter for all but the final 4:18.

Harden had six points in the second overtime, including a follow of Clint Capela’s missed free throw with 1:41 remaining to put Houston up 131-128. Bryn Forbes tied it at 131 with a 3-pointer, and the teams traded free throws the remainder of the game.

DeRozan was 3 for 4 on free throws in the final 30 seconds.

Capela had 22 points and 21 rebounds, and Austin Rivers and Russell Westbrook added 19 points each for Houston. Westbrook was 7-of-30 shooting but added 10 assists and 10 rebounds.

The Spurs were without starting power forward LaMarcus Aldridge, who missed his second straight game with a sore right thigh.

Houston outscored San Antonio 7-2 in the final two minutes of overtime to force a second OT. Harden’s runner bounded off the backboard and rim as the first overtime ended.

Walker had 18 points in the fourth quarter, including eight straight to close the game and force overtime. Walker’s run started with an alley-oop dunk followed by consecutive 3-pointers to tie it at 115-all with 11.5 seconds remaining.

The Spurs claimed to their first lead behind a new rotation that featured Walker, second-year guard Dejounte Murray, Patty Mills, Drew Eubanks and Trey Lyles. The group outscored the Rockets 17-9 to close the first quarter to put San Antonio up 27-25.

Rockets: Harden remained in the game after tweaking his left ankle and tumbling to the court with 5:26 remaining. Capela appeared to step on Harden trying to save the ball. Harden rose slowly and jogged gingerly upcourt but played all but the final 2:27 of the first quarter. … Daniel House sat out with an undisclosed illness.

Spurs: Walker’s previous career highs were 16 points against Denver on April 3 and 26 minutes against Golden State on Feb. 6. He played 35 minutes Tuesday. … Forbes had 25 points before fouling out with 48.5 seconds remaining the second overtime. … San Antonio coach Gregg Popovich called a timeout 73 seconds into the game after the Spurs gave up consecutive baskets to Capela, including an open dunk.

Rockets: At Toronto on Thursday night.

UK lawmakers set to quiz Johnson amid pressure to...

Coronavirus: Flour mills working ’round the clock’ to meet...

The industry is struggling to keep up with demand as shoppers turn to baking amid the coronavirus lockdown.
Read more

Technology becomes most targeted industry by cybercriminals in 2019

The U.S. is less than 24 hours from a series of firsts for the nation's space program: The first manned orbital mission in nearly a decade, and the first using a privately owned and operated spacecraft.
Read more

Kelly Clarkson can sing pretty much anything she chooses amazingly well.
Read more

U.S. births fall, and virus could drive them down...

Last year saw the fewest number of newborns in the U.S. in 35 years.
Read more

Gov. Andrew Cuomo (D) warned Tuesday against "starving" local and state governments of federal funding as they face budget constraints amid the coronavirus pandemic. "If you starve the states how do yo...
Read more

Six Flags Over Texas is preparing guests for new safety protocols as it looks to reopen during the coronavirus pandemic. The theme park said there will be temperature and touchless bag checks. CBSN Dallas-Fort Worth has the details.
Read more

Jurgen Klopp: ‘I want a Liverpool team with a...

Liverpool manager Jurgen Klopp says his dream is to have a team "full of Scousers" - with all first-team players graduating from the club's academy.
Read more

Airbnb hosts wrestle with how far to go to...

Warren hits Bloomberg, Steyer: They have 'been allowed to buy their way'...