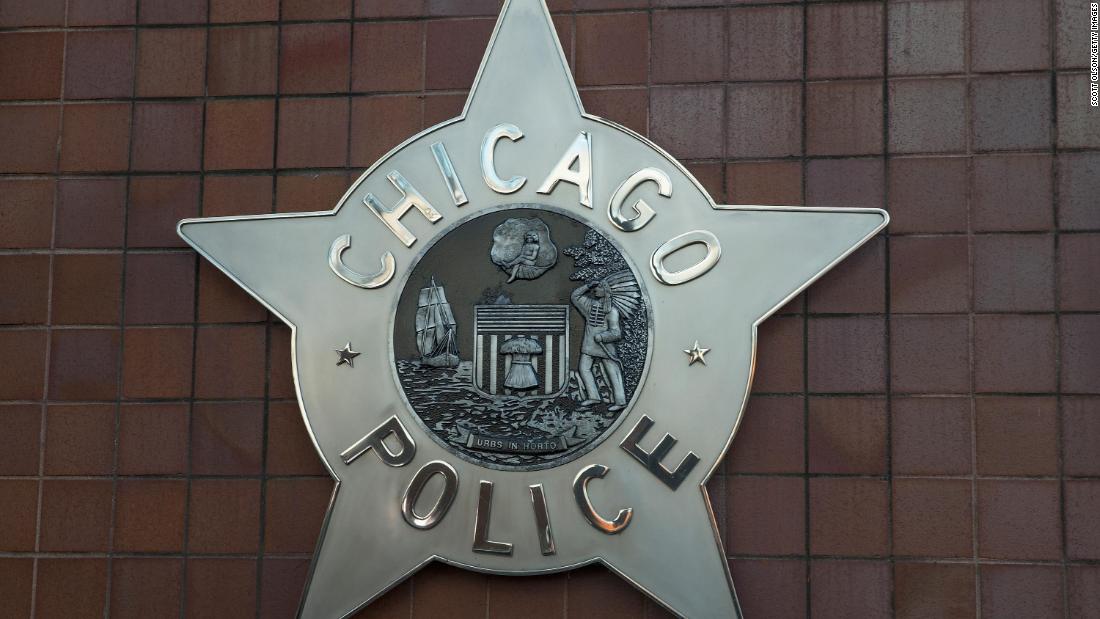 (CNN)A second Chicago police officer has been placed on desk duty after video surfaced last week of another officer picking up a man and slamming him to the ground during a Thanksgiving day arrest.

The officer, who authorities say was “involved in the incident,” will be relieved of his gun and badge and will be assigned to desk duty until the Civilian Office of Police Accountability completes a review of the incident, Chicago Police spokesman Anthony Guglielmi said on Twitter Wednesday.

COPA is conducting the use of force investigation into the incident.

In a news release Wednesday, the office said it is “actively seeking witnesses, canvassing for 3rd party video and obtaining evidence related to this incident.”

A 43-second video captured by a passenger in a nearby car shows the officer wrap his arms around a man’s torso, lift him up and slam him to the street on his back, but does not show the preceding events.

Police say the officer performed an emergency takedown after the man, identified by police as 29-year-old Bernard Kersh, spat in the officer’s face and threatened him. Kersh was stopped on Thanksgiving day for drinking alcohol in public and became verbally abusive toward the officers, police say.

Paramedics were “immediately notified,” police said, and the man was taken to a hospital. He now faces misdemeanor charges of resisting police, simple assault, and drinking alcohol in public.

CNN was unable to immediately determine whether Kersh has a lawyer.

Police have not released the name of the officer who slammed him to the ground, but said on Friday that he has been assigned to desk duty pending a use of force investigation by the Chicago Office of Police Accountability.

“If wrongdoing is discovered, officers will be held accountable,” police said in a statement.

This ransomware poses as a Covid-19 tracing app

Cybercriminals have created a new ransomware called CryCryptor which is based on open source code.
Read more

Astronomers observed a flash of ultraviolet light after a white dwarf star exploded in a supernova, marking only the second time such an event has been observed.
Read more

American pastor grateful to be in U.S. after being...

A Christian pastor from Tennessee is glad to be back in the United States after spending months detained in India.
Read more

Washington begins exhibition play Saturday against the Phillies, but that game will still only be available on 106.7 The Fan.
Read more

Former felons in Florida may still be blocked from...

In 2018, Florida voters approved a ballot measure that would return the right to vote to more than 1 million people who completed serving felony sentences in the state. But two years later, the legal fight continues. Desmond Meade of the Florida Rights Restor…
Read more

The star extols the virtues of female directors, as she helps curate a list of films for Women's Day.
Read more

‘This Is Insane’: True Life To Explore Stories Of...

A Fox News poll released Sunday found half of Americans say President Trump should be impeached and removed from office.Fifty percent of respondents supported the president's impeachment and remo...
Read more

Joe Biden Answers Your Most Searched Questions About Him

The Democratic presidential candidate responds to the internet's most searched questions, including his stances on immigration, education, and gun control.
Read more

The date of his first rally in months would have fallen on a holiday marking the end of US slavery.
Read more

Officials say a passenger train crashed into a freight train near the Czech capital, killing one driver and injuring dozens of passengers
Read more

California’s Hog Fire is producing its own thunderstorms

Firefighters have received some roundabout help from the wildfire itself.
Read more

Pence to headline ‘Cops for Trump’ event in Pennsylvania...

A plan to empower parents, increase education options as...

It's hard to imagine why anyone would oppose letting parents decide the school of their choice.
Read more

The Supreme Court will hear arguments by telephone conference and provide live audio for the press and the public for the first time ever.
Read more

Manchester United striker Marcus Rashford has written an emotional open letter to Members of Parliament in the UK, asking them to do more to stop child hunger.
Read more

Virus testing in the US is dropping, even as...

U.S. testing for the coronavirus is dropping even as infections remain high and the death toll rises by more than 1,000 a day
Read more

In pictures: Cyclone Amphan bears down on millions

Cyclone Amphan is expected to make landfall late Wednesday afternoon local time near the Indian city of Kolkata, which is home to 14 million people and close to the Bangladesh border.
Read more

US meat exports surge as industry struggles to meet...

U.S. meat exports are surging this spring even as the processing industry is struggling to meet domestic demand because of coronavirus outbreaks at processing plants that have sickened hundreds of workers
Read more

NASA has delayed the launch of its newest Mars rover yet again, this time for a rocket issue
Read more

The pandemic has created a desperate hunt for jobs in an increasingly competitive market.
Read more

Nida Allam has become the first Muslim woman to be win elected office in the state of North Carolina.According to local reports, history was written on Tuesday night when vo...
Read more