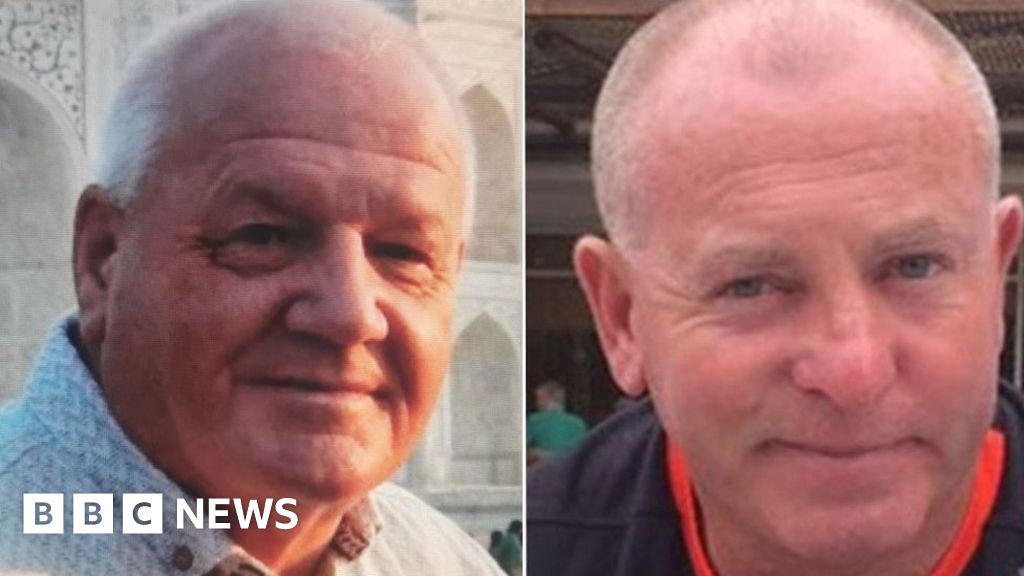 There were no formally appointed lookouts at the site where two rail workers were hit and killed by a train, a report has said.

Gareth Delbridge, 64, and Michael “Spike” Lewis, 58, died on 3 July after being struck near Margam, Port Talbot.

An interim report from the Rail Accidents Investigation Branch (RAIB) said a third worker came “very close” to being hit.

The three were part of a group of six carrying out maintenance work.

The train driver made an “emergency application of the train’s brakes” about nine seconds before the accident, the report said.

It was travelling at about 50mph (80km/h) when it hit the track workers.

“The RAIB’s preliminary conclusion is that the accident occurred because the three track workers were working on a line that was open to traffic, without the presence of formally appointed lookouts to warn them of approaching trains,” the report said.

None of the workers were aware a train was approaching, “until it was too late to move to a position of safety”.

Having survived an avalanche and been tested in some of the most remote places on earth, Jimmy Chin knows what it's like to be at the mercy of mother nature.
Read more

LGBT racism: ‘I felt like a piece of meat’

After ‘The Last Dance’, Which NBA Teams Should Get...

"The Last Dance" received almost universal praise, but which other great NBA teams would make for a must-see documentary?
Read more

Lost your keys? Google Assistant can now help you...

If you have a Google Nest speaker you can ask Google Assistant to call your misplaced items – provided they have a Tile tracker on them.
Read more

Another red state may soon expand Medicaid. There’s a...

Do Republicans really want to head into 2020 on the wrong side of this issue?
Read more

Ember Moon: ‘I may have a career ending injury’

Booker T, Mark Henry, and Ember Moon share which matches they would like to "Do-Over" from their career. Moon doesn't dwell too much on the past because she's worried about her current injury that she feels she may never return from.
Read more

New York Gov. Andrew Cuomo, a Democrat who has occasionally clashed with President Donald Trump during the pandemic, is the latest state official slated to meet with Trump to discuss the response to and future recovery from the novel coronavirus.
Read more

Senate Democrat on impeachment trial: ‘If you have a...