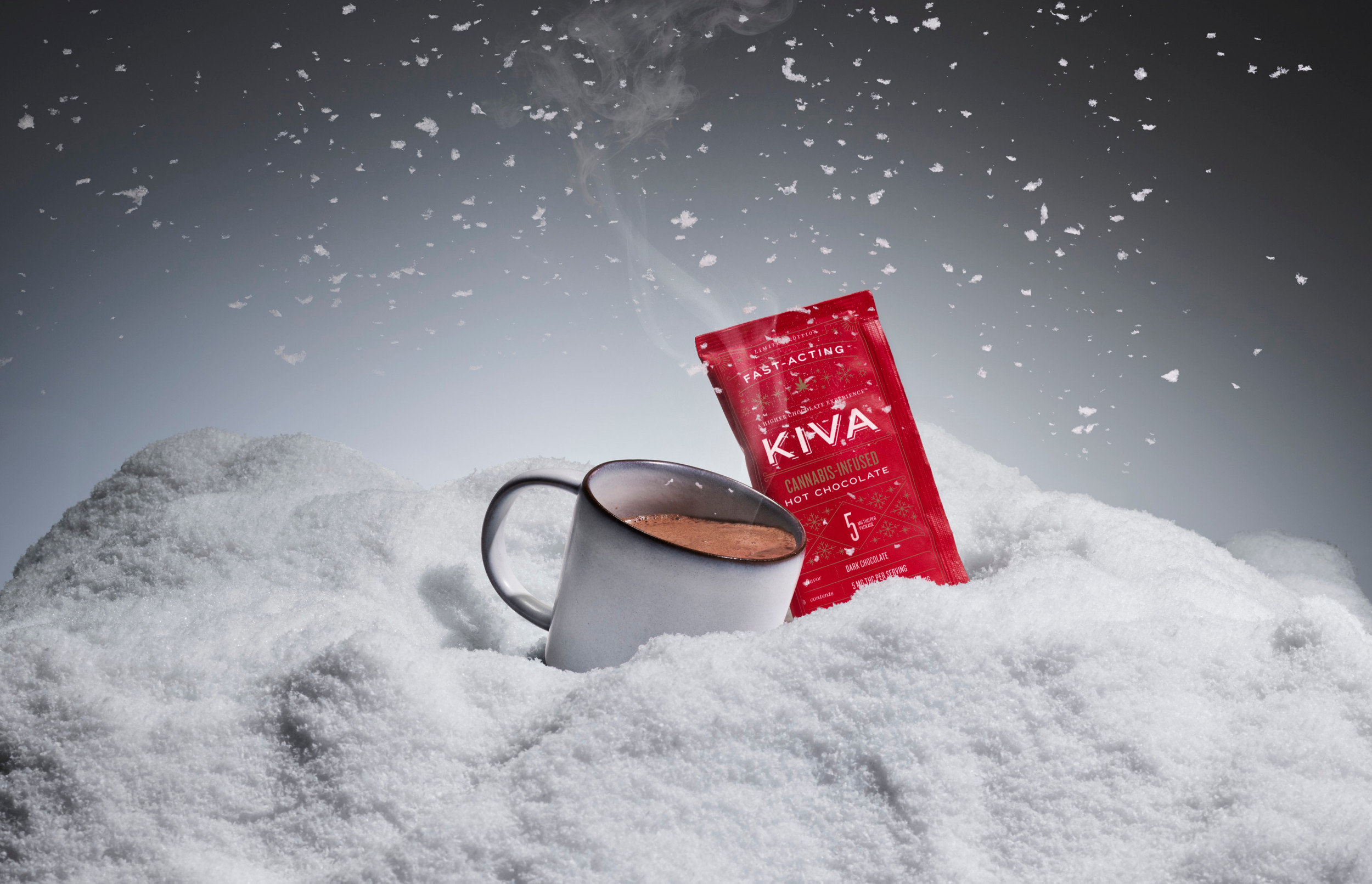 The hot chocolate is made with rich cacao and each pouch is infused with 5 milligrams of tetrahydrocannabinol (THC). It will sell for $5 a pouch and will be available at dispensaries in California. To make the drink, simply add the powdered chocolate to hot water and stir.

Kiva claims the drink is absorbed by endocannabinoid receptors with an onset time of up to 15 minutes.

Kiva recommends that people new to cannabis should keep the levels of THC low, at around 2.5mg.

What are cannabinoid receptors?

Cannabinoid receptors are attached to the body’s endocannabinoid system (ECS), and according to Professor Jie Wu, they have been studied for their therapeutic potential in physiological conditions, such as in energy balance, appetite stimulation, blood pressure, pain modulation, embryogenesis, nausea and vomiting control, memory, learning, and immune response.

They could potentially be therapeutic in pathological conditions such as Parkinson’s disease, Huntington’s disease, Alzheimer’s disease, and multiple sclerosis.

What is the difference between CBD and THC?

According to National Institute on Drug Abuse, cannabinoids are naturally produced in the body. They interact with the ECS and help regulate bodily functions.

THC is the active ingredient in the Cannabis sativa plant. It activates the ECS by attaching to the cannabinoid receptors interfering with the function of the natural cannabinoids.

THC is what produces the feeling of being “high,” but according to Live Science, over time THC can change how the ECS functions and can cause long-term effects.

Where is cannabis legal?

Medical and recreational use of marijuana is also legal in Canada.

President Donald Trump was able to hold a Fox News interview at the Lincoln Memorial on Sunday night only because of a directive from Interior Secretary David Bernhardt relaxing the rules around events inside the space, The New York Times reported Monday.
Read more

Trucker charged in serial killings faces scrutiny across US

Trump campaign seizes on calls for Dems to support...

President Donald Trump’s 2020 campaign called out prominent Democrats who are supportive of the movement after the killing of George Floyd.
Read more

To fight racism in the workplace, we need to...

Reps. Alexandria Ocasio-Cortez (D-N.Y.) and Adam Schiff (D-Calif.) are teaming up to gin up youth voter turnout, bringing together two of the Democratic Party’s biggest names to boost the party’s chances of victory in November.
Read more

Various coffee chains are offering modified services in view of the precautionary guidelines in place since the COVID-19 pandemic.
Read more

Nearly 20 years after wearing the iconic green Versace dress, Jennifer Lopez is reuniting with the fashion brand as the face of its 2020 campaign.
Read more

From footballer to Netflix superstar: How Jesus Mosquera became...

Hugo Beltran has been on screen for less than two minutes but already he's down to only some skimpy underwear, his chiseled abs rippling as he gyrates on stage for scores of delighted women.
Read more

HEROES Act Proposes a Second Stimulus Check. But Not...

Democrats and Republicans have clashed over the urgency of another coronavirus relief bill.
Read more

Microsoft Surface Book 3 could come with a radical new design