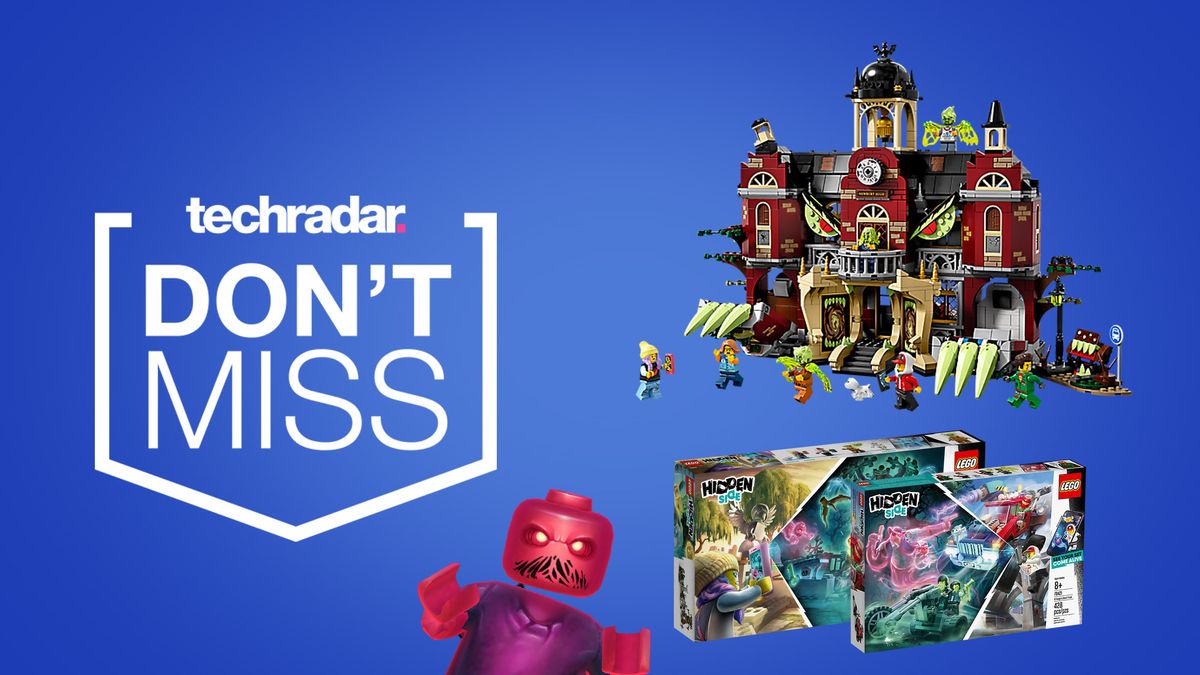 If you’re looking for a techie spin on your standard Christmas toys in 2019, you’ll want to hear about these fantastic Lego Hidden Side deals. With various sets discounted across the US and the UK seeing an amazing price cut on the most expensive set (grab the Haunted High School kit for just £77.97), now’s a great time to pick up your yearly stock of Lego.

The latest augmented reality sets were released earlier this year, and hold promise in 2019’s Christmas toy market. The sets themselves can be built as usual, but the real difference comes when you download the Lego Hidden Side AR app. Once you’ve completed the set, the accompanying app provides games, stories, and interactive experiences displayed around your creation in augmented reality.

It’s an intriguing prospect, and one no doubt many will be excited to get their hands on this Christmas. The integration of a virtual world with the physical experience of Lego’s empire is something the company has been looking to achieve for a while, with Hidden Side bringing their bricks into the 21st century for the first time. This is going to be a Christmas toy to watch in 2019, and with these Lego Hidden Side deals you can get in on the AR action for less.

Today’s best Lego Hidden Side deals in the US

$15.99 at WalmartSave $4 on the J.B’s Ghost Lab Lego Hidden Side set at Walmart this week, bringing the price down to just $15 ahead of the holidays. This mad scientists’ lair is home to a ghostly series of experiments featuring interactive ghost capture games and a possessed mini-figure.View Deal

$48 at WalmartThe Paranormal Intercept bus is down $12 this week at Amazon. The bus construction set features six mini-figures and a collection of hidden features unlocked through the augmented reality games and interactive experiences access through the Hidden Side app.View Deal

Today’s best Lego Hidden Side deals in the UK

£77.97 at AmazonThis is the hot Lego Hidden Side item of Christmas 2019. The Haunted High School usually retails at over £100, so grabbing it today for £77 is a steal. With eight mini-figures, a massive construction set, and a range of extra augmented reality games and storylines, the Haunted High School set is one of the largest around.View Deal

£41.99 at AmazonSave £28 on the Lego Hidden Side Train Express set, a great deal considering this kit usually goes for £70. Like the Haunted High School, this set features a lever system that transforms the train into a haunted monster with the flick of a switch, without augmented reality. There are, of course, still plenty of AR games to play with this kit thanks to the Hidden Side app. View Deal

Still not sure what to get the kids for Christmas? If you’re betting on Lego this year, we’ve ranked all the top Lego Christmas gifts you could ask for. We’re also rounding up all the best Nintendo Switch deals for family-friendly gaming this Christmas.

USC will offer free tuition to families making under...

The university has also said home equity will no longer be counted in financial aid calculations.
Read more

One of the best value Hisense TVs just got a massive price...