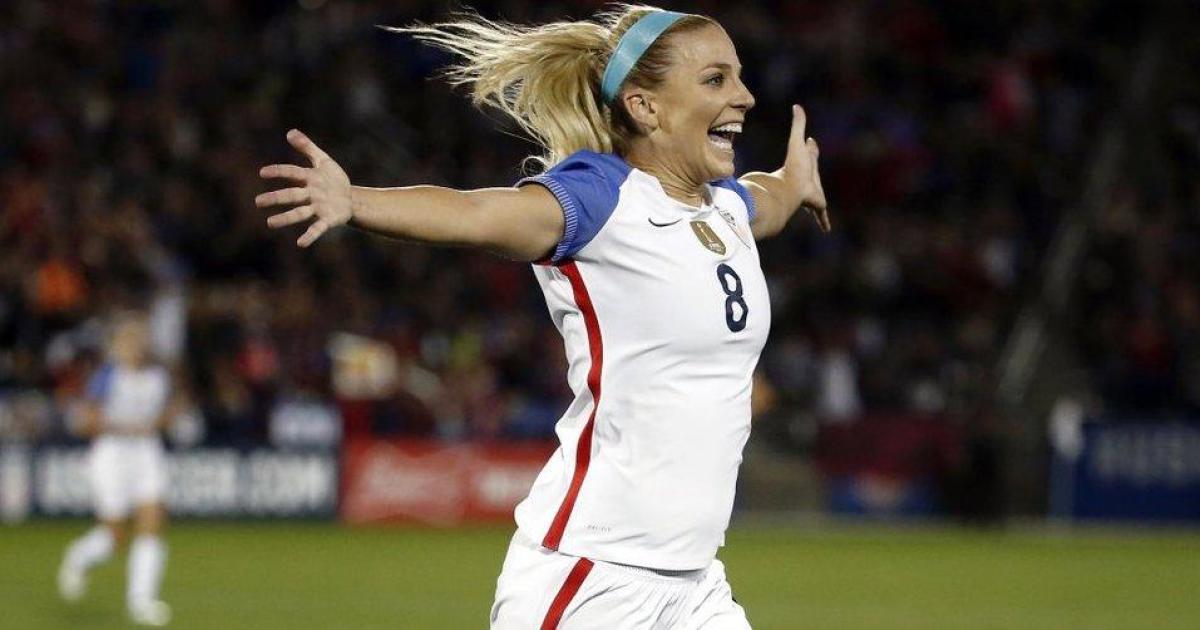 It’s the perfect end to a massive year for Julie Ertz. The versatile midfielder was voted the U.S. Soccer Female Player of the Year on Friday for a second time. She beat out FIFA World POTY, Ballon d’Or winner and Sports Illustrated Sportsperson of the Year Megan Rapinoe.

Ertz, who has two World Cup championship medals, first won the award back in 2017. Out of the ten U.S. women’s national soccer team (USWNT) players who have won the award multiple times, only Ertz has also won the U.S. Soccer Young Female Player of the Year, which she earned in 2012.

The 27-year-old from Mesa, Arizona, scored her first World Cup goal this summer during a match against Chile. Following a “spectacular” header, Ertz celebrated by blowing a kiss to the crowd in Paris.

“It’s been a whirlwind of a year and one that I’m extremely grateful for,” Ertz said in a statement. “My team lifted me up in so many ways and our experiences on and off the field in 2019 just encapsulate the love I have for the National Team and for wearing this crest and what it represents.”

It is a truth universally acknowledged that @julieertz’s impact on the field is second to none.

Give it up for your 2019 #USWNT Player of the Year! pic.twitter.com/y3OSMgh5cB

According to U.S. Soccer, Ertz started 22 games for the U.S., the most on the team, and played a total of 1,755 minutes, the third-most on the team. She also plays for the Chicago Red Stars of the National Women’s Soccer League.

She started in 14 games as midfielder and center back with the Red Stars this year. The team finished in second place in the league.

“Julie was such a critical part of our success this summer,” former U.S. Women’s National Team head coach Jill Ellis said in a statement. “It’s wonderful that she’s being recognized in this way. She’s always a consummate professional regardless of the environment. Whether it’s in training, National Team games or in the NWSL, she always brings a level of professionalism, effort and talent.”

The entirety of the USWNT was named TIME’s 2019 Athlete of the Year following back-to-back World Cup championships. This year, the team ended with 26 goals in seven games, a record at the World Cup.

“All of my teammates just had such an amazing year and we all know it takes an entire team to win a World Cup or have a successful club season,” said Ertz. “We are all a sum of the people around us, so I want to especially thank (my husband) Zach and my family, all my coaches for the National Team and the Red Stars, and all my teammates for their never-ending support. It’s emotional to be recognized in this way and it’s a cherry on top of a beautiful 2019. It’s incredible.”

Investors who claim Donald Trump ripped them off by endorsing a troubled multilevel marketing company on his “Celebrity Apprentice” reality-TV show are attempting to force Metro-Goldwyn-Mayer to hand over unaired footage of the program to bolster their case.
Read more

North Carolina Man Gets 78 Months in Prison for Plan to Sprinkle...