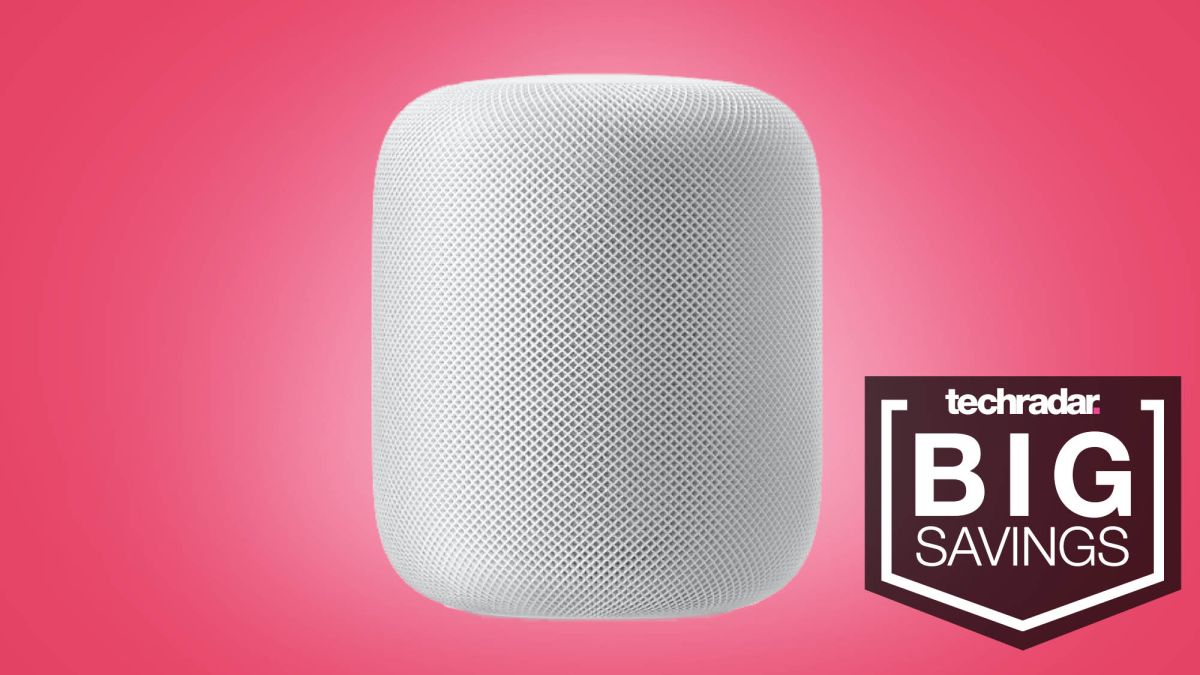 The Apple HomePod is great choice if you’re looking for a new smart speaker and you’re already a card-carrying subscriber to the Apple ecosystem – and it’s now cheaper than ever thanks to a great pre-Christmas deal at Currys.

Apple’s smart speaker was already reduced from its £319 launch price in Curry’s Black Friday sales, bringing the price down to £229; however, if you enter the code SMARTSOUND10 at checkout, you’ll get a further 10% discount.

That means the HomePod will cost you just £206.10 in total – you’ll need ot be quick though, as the code is only valid until Tuesday, December 17. (Not in the UK? Scroll down for the best Apple HomePod prices in your region.)

£206.10 at CurrysThe HomePod is Apple’s answer to the smart speakers of Amazon and Google, but brings far more sonic power to the party. Now £113 cheaper, you’re getting an intelligent smart speaker with spatial awareness and A8 processing for high-performance audio. You need to use the code SMARTSOUND10 at checkoutfor the full discount.View Deal

At the time of writing, only the white model was available for delivery or collection, which suggests that the Space Gray version is now out of stock.

The Apple HomePod is one of the best-sounding smart speakers out there, and it’s optimized to work within Apple’s ecosystem – that means that if you’ve got a MacBook, iPhone, Apple Watch, iPad or Apple TV (and still have any money left at the end of that spending spree), then you’ll find the Siri-powered HomePod is a breeze to use.

The audio quality of the Apple HomePod is, to put it simply, premium. It fills a room easily, with clear separation between all elements of music tracks.

In our Apple HomePod review, we suggested that it’s at its best when placed against a wall, pulling apart the sounds well, with elements such as voices coming through with incredible breadth.

Not an Apple user? You may want to look elsewhere, as you can’t stream music over Bluetooth (only AirPlay 2), and you’ll need an Apple Music subscription for a worthwhile experience.

Outside the UK? Check out the best Apple HomePod prices in your region below:

Rep. Paul Gosar (R-Ariz.) said he's been thinking about "life and mortality" after placing himself under self-quarantine upon learning that he had interacted with a Conservative Political Action Conference (CPAC) attendee...
Read more

Sabrina Ionescu became the first NCAA Division I player – man or woman – to reach 2,000 points, 1,000 assists and 1,000 rebounds in her career
Read more

Aluko backs targets for BAME inclusion at top of...

Sony’s 8K TV pricing is tempting, but can it...

Sony’s single 8K TV may be crowded out by the competition, as Samsung and LG push forward with multiple 2020 models using the ultra-high resolution technology.
Read more

Vince Carter is retiring from the NBA after 22...

After 22 seasons in the NBA, Vince Carter is hanging up his threads and calling it a career. The 43-year-old announced that he is "officially done playing basketball professionally" on his podcast "Winging It With Vince Carter."
Read more

A FedEx worker surprised a little girl to make...

A sweet surprise from a FedEx worker made a little girl's birthday and started a friendship.
Read more

Double Formula 1 world champion Fernando Alonso says he is proud to return to the sport next year with Renault.
Read more

Democrats and Republicans have come together to reform criminal...

The statement comes amid nationwide protests over the death of George Floyd​, but also years of controversy when the NFL refused to support Colin Kaepernick​ and other players who knelt in protest over police brutality.
Read more

Nvidia chose AMD over Intel for its most powerful...

Intel’s Xeon is out of the picture, representing a major win for AMD and EPYC.
Read more

Fire burning at hazmat facility at US air base...

A fire is burning in a storage building for hazardous materials at a major U.S. air base on Japan’s southern island of Okinawa
Read more

Religious pilgrimages remain banned but no announcement has yet been made about the annual Hajj.
Read more