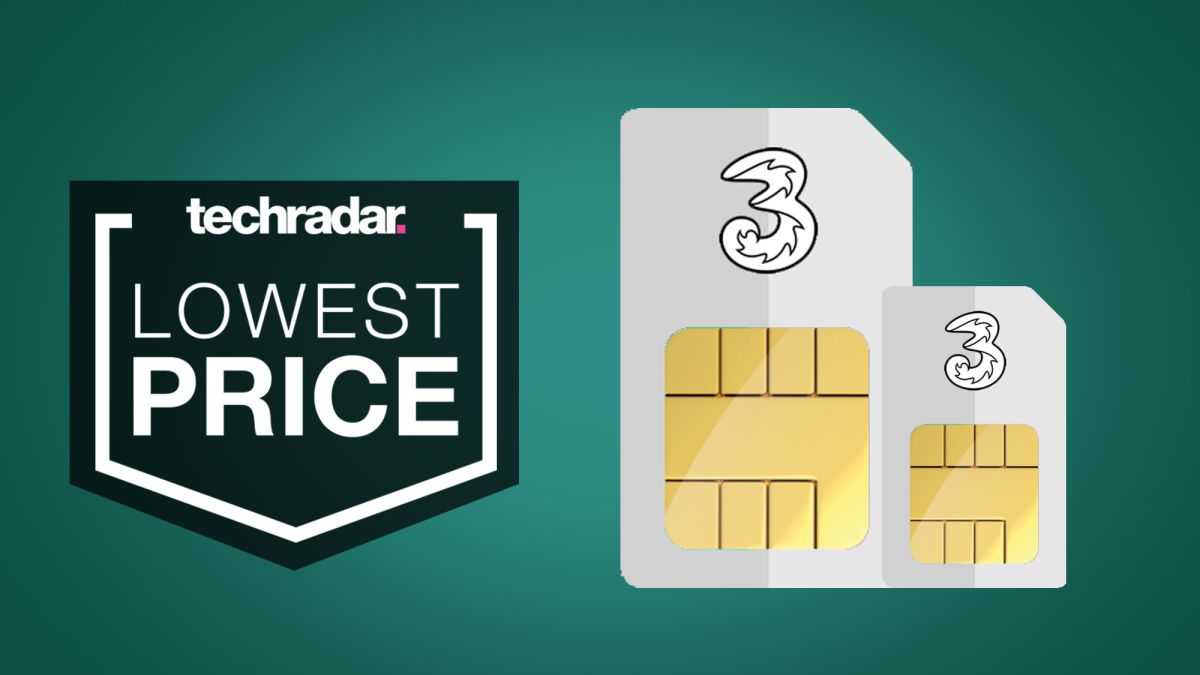 Whether a loved one has let the cat out the bag and you now know of a luxurious new iPhone under the tree for you, or your just in need of a new SIM plan this season, one plan has mantled itself firmly at the top of the tree as the star SIM only deal this Christmas.

The tariff we’re referring to comes from Three. Gifting you unlimited data at a price of £18 a month, this is the lowest price we’ve seen an unlimited data SIM only deal. This deal starting way back in the start of November and as December comes to a close, we can’t imagine it has much time left.

We’ve listed everything you need to know about this offer below. Or, if you would prefer something a bit different, cheaper maybe? Then consult our guide to the best SIM only deals. There a host of other great offers like Smarty’s 30GB for £10.

Or an alternate unlimited data SIM only deal:

SIM only: at Three| 24 months | Unlimited data, calls, and texts | £10 a month for the first six, then £20 a monthGetting unlimited data for just £10 is a rare sight and one that only Three has managed to achieve so far. Of course, those bills only last for six months and then you’ll have to pay £20 a month for the last 18, which is still one of the best prices around. The only issue is that it lasts for 24 months. Too long? Try the offer above.View Deal

Why should you choose Three Mobile?

If you haven’t already been won over by this amazing offer from Three then you’ll be excited to hear that the network doesn’t shy away from offering up some extra incentives as well.

Whether that be free exclusive prizes or extra roaming. You can see all of best parts of a Three SIM only deal or Three mobile deals down below.

In one travel survey, 72 percent of respondents said they were ready to travel and 92 percent said that the election made them want to travel.
Read more

Voters in Oregon approved a ballot measure Tuesday that will decriminalize the possession of small amounts of harder street drugs including but not limited to heroin, methamphetamines and cocaine.With more than 70...
Read more

Tyson Foods said three of the employees worked at the company's chicken processing plant in Camilla, while the fourth person worked in a supporting job outside the plant.
Read more

Sen. Lisa Murkowski (R-Alaska) said on Tuesday that she thought talks on another coronavirus relief package should continue, even after President Trump pulled the plug until after the election."Now is not the time...
Read more

At a moment when people are reassessing racial and cultural caste -- and reexamining their insensitivity toward others -- it's worth revisiting the legacy of Sacha Baron Cohen's errant, mustachioed character, Borat, who returned in a sequel on Friday.
Read more

Women over 65 are increasingly rejecting Trump over coronavirus pandemic concerns, with Biden making gains among elderly Americans who largely voted for Trump in 2016.
Read more

Mets’ Pete Alonso: ‘I will not remain silent’ on...

New York Mets star Pete Alonso is the latest high-profile athlete to speak out against racial injustice in the wake of the death of George Floyd.
Read more

The Wyoming congresswoman said she votes in favor of Trump’s legislative priorities “something like 97 percent of the time.”
Read more

Demonstrators have gone from demanding justice for George Floyd to insisting on changes in police practices and race relations in general.
Read more

A US travel ban would bar China’s top billionaire...

The Trump administration is reportedly considering a ban on travel to the United States by all members of the Chinese Communist Party and their families. That could have major consequences for China's wealthiest entrepreneurs and business leaders.
Read more

Swiss chocolate-maker Milka challenged the German bar's right to be the only square bar in Germany.
Read more

The upcoming Mi NoteBook 14 will be Xiaomi’s first laptop in India, as a part of its foray as a multi-category tech brand.
Read more

Conservatives on Parler React to Formal Biden Transition: ‘We...

"Oh, no. I just looked at the news outside of Parler, and things don't look good," said user @GODandGUTSandGUNS.
Read more

Cheap Amazon Echo deals return this weekend: save on...

Grab the Amazon Echo Show and Echo Dot on sale this weekend as deals return with excellent savings.
Read more

Jurgen Klopp recalls how a family holiday in Lisbon in 2015 was interrupted by a phone call that resulted in him becoming Liverpool manager.
Read more

India announces easing of a stringent lockdown for 1.3 billion people by allowing opening of neighborhood and standalone shops with restrictions such as 50% of workers with face masks and social distancing
Read more

British Prime Minister Boris Johnson said reimposing lockdown measures in the UK would not be necessary in an ...
Read more

‘I’m not flying until there’s a Covid-19 vaccine’

Airlines are hoping new safety measures will reassure travelers enough to resume flying despite the ongoing coronavirus pandemic, but some say they're staying on the ground until the crisis is well and truly over.
Read more

Sears’ survival is in doubt

Sears has been in trouble for years, but the coronavirus pandemic could be the end.
Read more