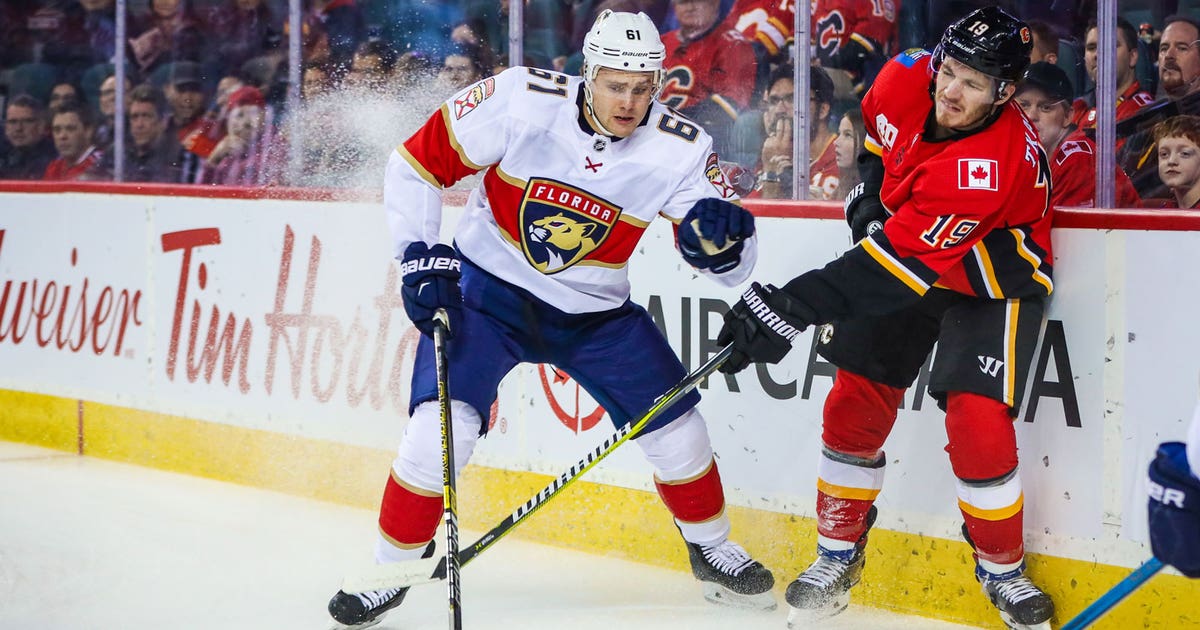 Stillman, 21, has appeared in three games with Florida this season. The 6-foot-1, 196-pound native of Peterborough, Ontario, has played in 25 games with Springfield this season, recording six points (3-3-6).

Stillman was originally selected by Florida in the fourth round (114th overall) of the 2016 NHL Draft.

China says “malicious slander" is behind an order by the U.S. government to close its consulate in Houston, Texas, and maintains that its officials have never operated outside ordinary diplomatic norms
Read more

Major League Baseball is back in action after a three-month delay due to the coronavirus pandemic. CBS Sports HQ's Will Middlebrooks joined CBSN to break down the changes we'll see this season and give his bold predictions.
Read more

Column: US Open loses part of identity without qualifying

The U.S. Open lost a big part of its identity when it eliminated qualifying for the first time since 1924
Read more

Americans snap to attention on virus as big events...

Chicago police chief pleads for an end to violence

"There is no comfort in revenge, put the guns down," said Chicago Police Superintendent David Brown.
Read more

Need to sign up for health insurance? Keep an...

For millions of newly jobless Americans who have lost their health insurance, the clock is ticking to get coverage on the Affordable Care Act exchanges.
Read more

A new poll showed Cuomo still receives strong support for his handling of the new coronavirus outbreak, but there was a stark difference in support for decisions he made.
Read more

One week after announcing that Twitter employees can work from home forever, Jack Dorsey is extending the privilege to his other company: Square, the mobile payments service.
Read more

You can find fantastic cheap TV deals at Walmart with prices starting at just $189.99 and deals from top brands like Samsung, Sony, LG, and more.
Read more

The singer-songwriter has re-recorded his iconic 1970 album "Tea For the Tillerman," with the perspective that 50 years of living can bring
Read more

Cuomo says racetracks can reopen in June as virus...

White House press secretary Kayleigh McEnany said the rally was postponed due to a storm, as it would have been held in an outdoor venue.
Read more

President Trump on Thursday claimed Republicans “didn’t want to ask” for a payroll tax cut in the next coronavirus bill due to Democrats’ objections to his top ask for the stimulus package, saying they are “hurting” Americans “as usual.”
Read more

‘Hamilton,’ ‘Phantom of the Opera’ won’t reopen in London...

The production company behind London's "Hamilton," "Phantom of the Opera," and other shows said Wednesday that performances will not return until 2021 due to the coronavirus pandemic.
Read more

After two months of the coronavirus pandemic forcing Americans to stay indoors and face the reality of a global crisis, some emergency officials worry that people living in hurricane prone areas could be impacted by “disaster fatigue.”
Read more

Where to watch Blues exhibition game on Wednesday, July...

The St. Louis Blues’ exhibition game vs. Chicago on Wednesday, July 29, will be televised on FOX Sports Midwest Plus due to overlap with Cardinals baseball.
Read more

The Washington Nationals announced plans Wednesday to display a Black Lives Matter stencil on the pitcher's mound during their season opener against the New York Yankees Thursday night, in a move MLB said all teams will have the option of doing.
Read more