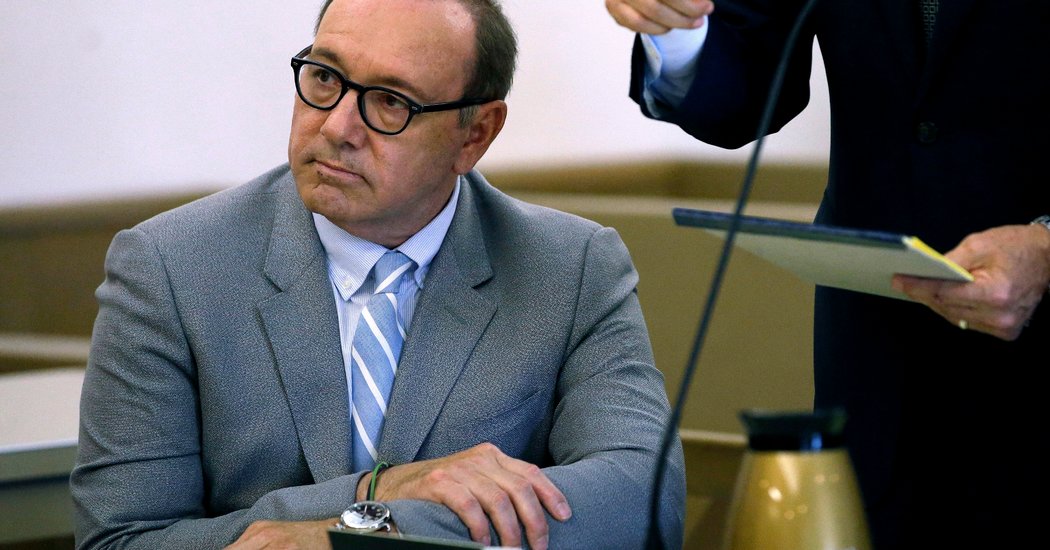 A lawyer for the estate of the massage therapist, a Los Angeles County man identified in the lawsuit as John Doe, did not immediately respond to a request for comment on Tuesday evening.

But the massage therapist died in September at 62, leaving his estate 90 days to take over as the plaintiff in the lawsuit. In November, a California Superior Court judge signed an order appointing the mans son as the special administrator of his estate.

The cases conclusion came less than a week after Ari Behn, a Scandinavian writer who had accused Mr. Spacey of groping him, died by suicide, according to the Norwegian news service NTB.

Mr. Spaceys acting career, which includes a pair of Oscars, all but vanished after several people accused him of sexual misconduct.

Cards must continue to fight for playoff spot, get...

Study suggests a coronavirus mutation may make it more...

A new study suggests that a now-dominant strain of the coronavirus, which spread from China to Europe and then to the U.S., may be even more contagious than the original. Dr. Rob Elfenbien joined CBSN to discuss the findings and give us insight into a new mys…
Read more

Coronavirus: How the travel downturn is sending jet planes...

Amid the pandemic, commercial air fleets are grounded in some of the world's most remote locations.
Read more

The Longhorn Band will not perform in Saturday's Texas vs. Baylor football game after an internal survey found that the band does not have "necessary instrumentation" to play the school's alma mater song "The Eyes o...
Read more

US births fall, and coronavirus could drive them down...

Aside from a one-year uptick in 2014, U.S. births have been falling every year since 2007, when a recession hit the country. The drop continued even after the economy rebounded.
Read more

A 6-year-old child, whose parents blogged about her adoption, died of COVID-19 earlier this week in Tennessee.The parents of Gigi Morse said in a Facebook post that Gigi ...
Read more

The historic White House Rose Garden is getting an upgrade for the first time in nearly 60 years.
Read more

Josh Kraushaar: Susan Collins Is “The key” To The...

Virus cases are dropping everywhere, but the rush to reopen could backfire.
Read more

Illinois football team to include social justice messages on...

"We're willing to take a stand, not as one, but as a unit," one senior football player said.
Read more

As a Black journalist at Fox News Channel, Harris Faulkner is used to people who make presumptions about her
Read more

The mayor of Asheville, N.C., said on Facebook that she has asked for an explanation from local police after officers were seen destroying a medical aid station set up by protesters during a demonstration on Tuesday....
Read more

Controversial oil drilling projects in Alaska's pristine reserves are among those that benefitted from a June order from President Trump waiving environmental reviews to speed construction - a move he said would aid the e...
Read more

Five things you need to know about the coronavirus outbreak this Friday evening.
Read more

The "father of climate science," James Hansen lays out what irreversible changes will hurt the planet if humans don't act to stop climate change
Read more

The Hill’s Campaign Report: Trump, Biden face off for...

What Is Going On With Jeffree Star Now? YouTuber...

"Since you can't answer the phone right now, can you give me all the stuff back you stole from my house??" Star recently commented on his now ex-boyfriend's recent Instagram's post.
Read more

US stocks rise in early trading as volatile swings...

Facebook reaches out to college students amid pandemic with...

Facebook is recasting part of its platform for college students, creating a separate space with additional features for students to connect and interact with each other away.The move is aimed at helping bolster col...
Read more

Migrants allege being pushed back to open waters after arriving in Greece, assaulted and cast adrift in flimsy boats.
Read more