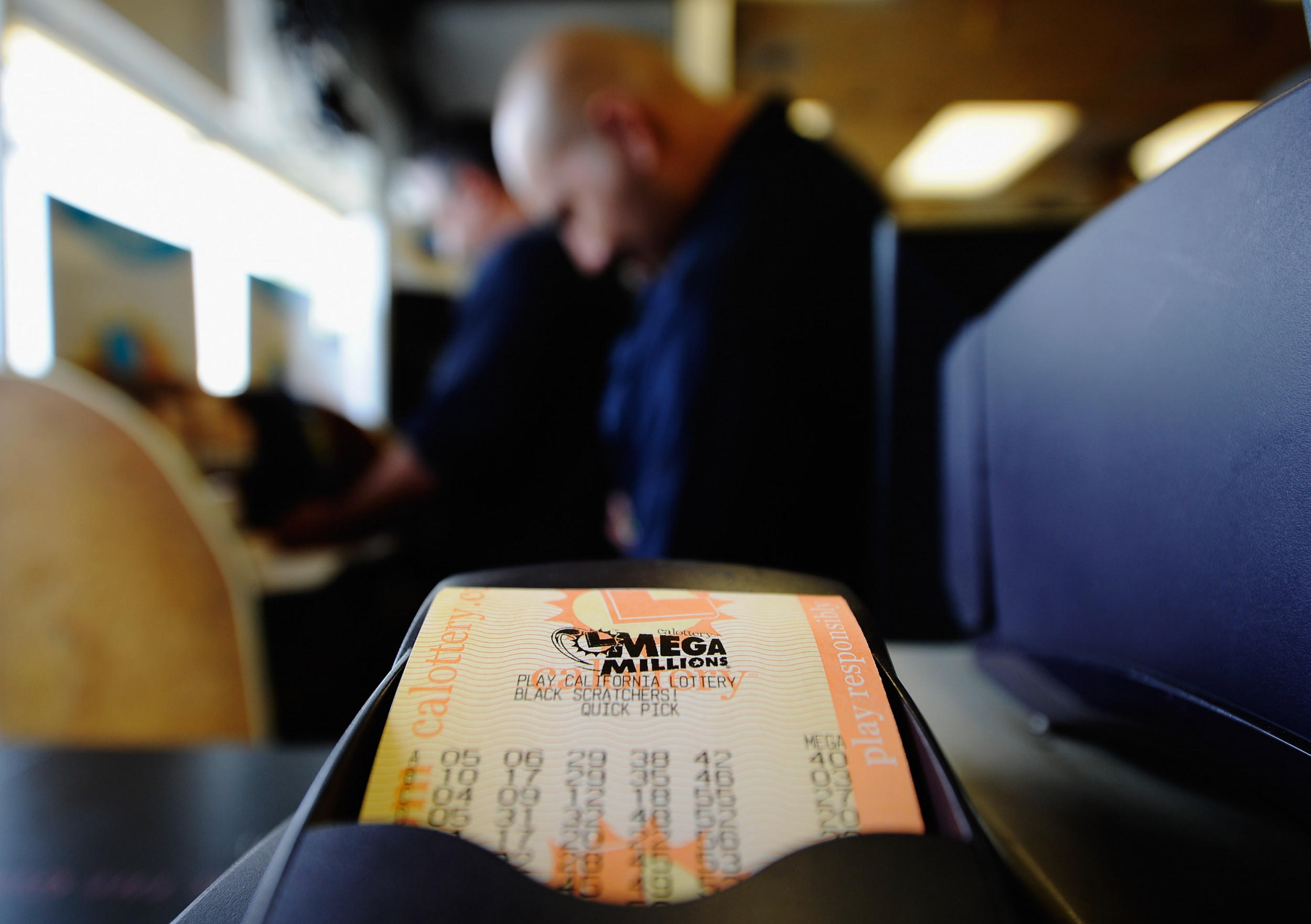 The winning numbers for the Mega Millions lottery game for New Year’s Eve, December 31, offering a jackpot prize of $55 million with a cash value option of $37 million, were revealed on Tuesday at 11 p.m. ET.

Here are the numbers drawn on Tuesday night, according to the Mega Millions website.

No one took the top prize although one person did manage to win the second prize, and will get a $1 million payout for matching all five white balls correctly.

There were nine lucky winners who matched the first four white balls and the yellow Mega Ball correctly, which earned them each $10,000, and two managed to get the Megaplier prize of $30,000.

There were also 262 winners who managed to get four numbers, entitling them to $500, with 39 Megaplier winners tripling their winnings to $2,000.

But with no one taking the jackpot, it has now leapt to $60 million with a cash option of $39.7 million. The next Mega Millions draw will be on Friday, January 3, at 11 p.m. ET.

It was two weeks ago when someone last walked away with the jackpot, with one person who bought a ticket in Ohio getting the winning numbers of 22, 30, 53, 55 and 56, with the Mega Ball of 16 and a Megaplier of 2x on December 17.

By matching all white numbers and the yellow Mega Ball, the winner bagged a $375 million payout (with a cash option of $253.5 million) in what was the 14th largest prize winning in the history of the game, according to ABC7NY.

The biggest winner of 2019 was a $522 million prize ($340 million cash) won by Laarni Bibal on June 7 with a ticket bought in San Diego, California. Bibal said she would use the money to pay off her debt and purchase a house.

How to play Mega Millions

Mega Millions is one of the most popular lotteries in the country, with tickets available in 44 states as well as the District of Columbia and the U.S. Virgin Islands.

The chances of winning is not linked to the number of tickets sold and even if more tickets are sold in a particular draw, the odds of winning stay the same.

When it comes to PowerPlay, the website states that for an additional $1 per play, non-jackpot prizes can be multiplied 2X, 3X, 4X, 5X or 10X. The multiplier number is randomly chosen before each numbers draw. The 10X multiplier is only in play when the advertised jackpot annuity is $150 million or less.

Former New York City mayor Mike Bloomberg donated a total of $463.8 million to his self-funded presidential campaign by the beginning of February, according to...
Read more

WHO concerned by ‘rapid escalation’ of virus, as U.S....

The head of the World Health Organization has voiced deep concern over the “rapid escalation” of the coronavirus, as the United States nears 5,000 deaths.
Read more

U.S. companies shed 27,000 jobs in March, according to a private survey, a figure that mostly reflected the economy as it stood before the full impact of the viral outbreak
Read more