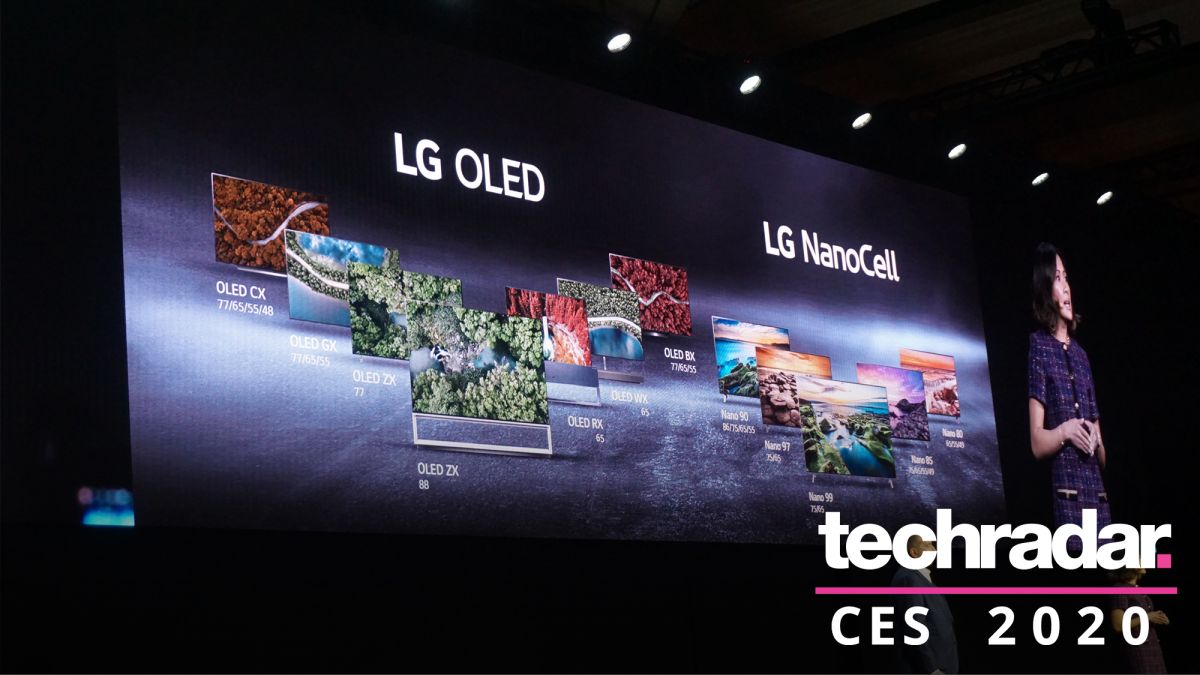 What’s in a name? A lot, actually – as we can see with LG’s latest series of OLED televisions, all of which have ditched the usual pattern of numbers (LG C7, C8, C9, etc) for some old-fashioned Roman numerals.

LG’s 2020 TV lineup has differentiated from previous years with the numeral ‘X’, meaning ‘ten’ – mirroring what we saw with the iPhone X back in 2017. (Where’s the iPhone 9? We couldn’t tell you.)

Our time at CES 2020 so far has shown us that press representatives are still describing the sets verbally as “C10, G10” rather than spelling out the letter, in which case the branding seems like an unnecessary source of confusion for consumers, journalists (present!) and LG employees alike.

While this likely won’t be a deal-breaker for those after a quality OLED TV – LG being the dominant seller of OLEDs worldwide – it’s another instance of divergent branding just muddling where successive TV ranges sit in relation to each other.

When we first got wind of the new product names in a press release, our first instinct was that the ‘X’ was a placeholder before the official branding was decided, and it doesn’t make choosing between older and newer sets any easier.

We doubt this confusion had much impact on the iPhone X’s sales, but the company’s willingness to commit to non-linear naming conventions just gets worse – especially with the iPhone ‘XS’ model, which somehow wasn’t a smaller model of the mainline phone.

A fuss about nothing? Perhaps. But with eight new 8K TVs from LG, and a host of new OLED models at a smaller-than-ever 48-inch size, we need all the clarity we can get.

How to watch 2020 Brit Awards: live stream online from the UK or abroad

The House's impeachment inquiry into President Trump shifts to the Judiciary Committee on Wednesday after the chamber's Intelligence panel issued a scathing 300-page report accusing Trump of abusing his power and obstruct...
Read more

In Retirement, They Help Immigrants Find Their Way in New York