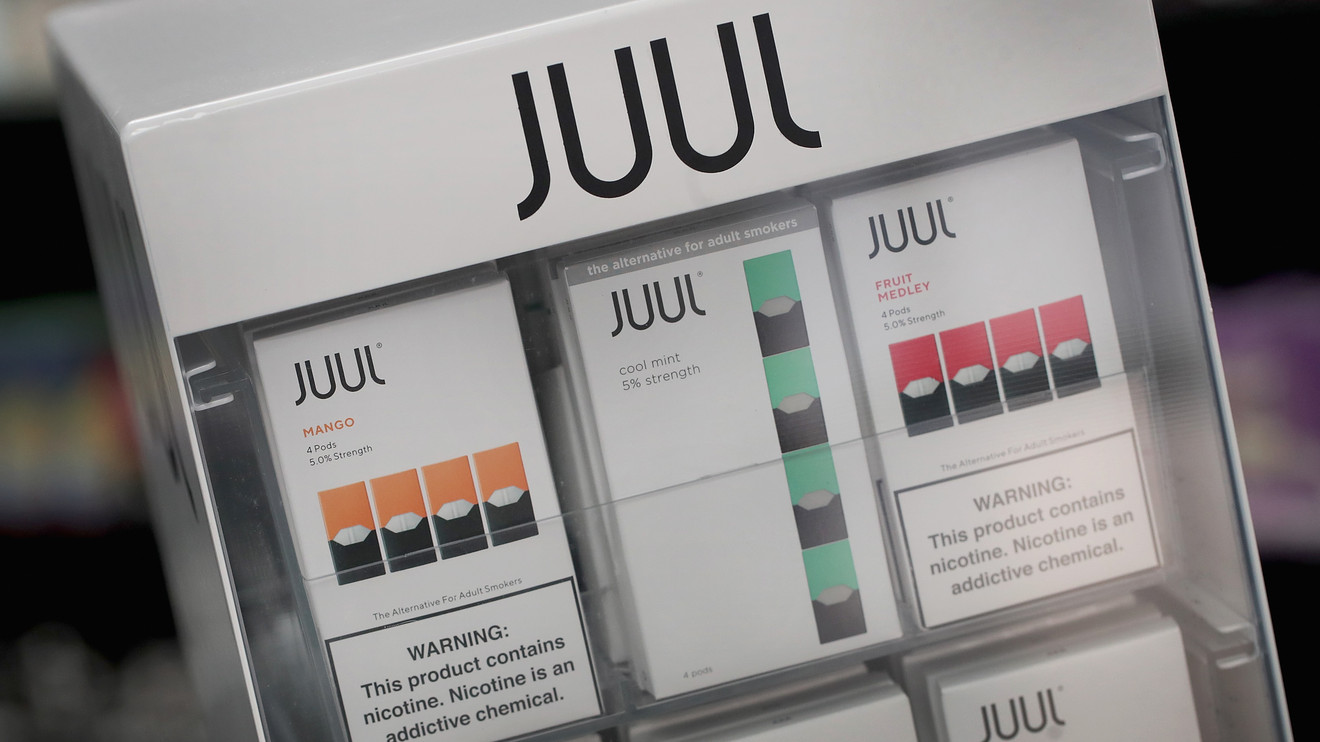 Guy Cartwright, who became CFO in October, is leaving the role to become the companys chief transformation officer. He took over the top finance job shortly after Juul switched CEOs amid a federal crackdown on underage vaping and flavored e-cigarettes.

Saurabh Sinha, the companys accounting chief, is taking over as interim CFO, a company spokesperson said Monday. Sinha joined the San Francisco startup in 2018, according to his LinkedIn profile.

The change, which is effective immediately, comes as the e-cigarette company braces for a hit in sales after voluntarily stopping the sale of most of its flavors in the U.S. amid pressure from regulators. In November, the company cut around 650 jobs, or about 16% of its global workforce.

An expanded version of this report appears on WSJ.com.

Roundup ruled the farm. Now its maker has a challenger.

What to watch for Thursday at the RNC: Trump...

As protests against police brutality and racism have often turned into violent riots, the coronavirus pandemic continues to rage and Louisiana and Texas are being battered by a hurricane so strong the storm surge has been called "unsurvivable," with a quality…
Read more

NBA in talks to possibly resume season at Walt...

The government instead unveils softer measures, in what is seen as a climbdown by the authorities.
Read more

Paul Lambert recalls the path that led him from Motherwell to Champions League glory with Borussia Dortmund.
Read more

It wasn't clear the agents knew Ted Wheeler was there when they used the tear gas. He'd addressed a mostly hostile crowd of demonstrators.
Read more

In Luzerne County PA, Where Voters Went for Obama...

Eager to hit the slot machines and table games after a 108-day absence, gamblers endured wearing face masks and did without smoking and drinking Thursday as five of Atlantic City’s nine  casinos reopened amid the coronavirus pandemic
Read more

The top Republican and Democratic lawmakers on the Senate's Select Committee on Intelligence on Thursday urged Americans to be vigilant in the face of disinformation after the FBI confirmed efforts by Iran and...
Read more

Asia shares rise as investors look ahead to Fed...

Asian shares are rising, despite the rollercoast ride that Wall Street ended with last week, as traders awaited cues from the U.S. central bank expected later in the week
Read more

Erling Braut Haaland scored for Borussia Dortmund as they mark the return of the Bundesliga during the coronavirus outbreak with a convincing derby win over Schalke.
Read more

Bubba Wallace has found his voice as an activist
Read more

“Unfortunately, a lion this size is too small to be released back into the wild, but we are hopeful ... it will get a second chance as an ambassador for its species," a state veterinarian said.
Read more

The shortlist includes Sarah McGoldrick, in Sheffield, who used her shed to make visors for the NHS.
Read more

How an arrest upended filming of ‘Surviving Jeffrey Epstein’

Coronavirus vaccine: This week’s update from Moderna, Inovio and...

Early progress has been reported on several vaccine efforts, as scientists around the world scramble to test ways to protect people from the coronavirus.
Read more

Travelers eager to fly again may want to consider Italy as their next destination. Rome's Fiumicino Airport has become the first airport in the world to earn "the COVID-19 5-Star Airport Rating" from Skytrax.
Read more

Buyers have been flocking to Italy to buy bargain priced houses being sold by dying towns attempting to lure new residents. But what happened to these new home owners when coronavirus descended?
Read more

From John Butcher to Kevin Tapani, FOX Sports North looks at the one-season wonders for the Minnesota Twins on the rubber.
Read more