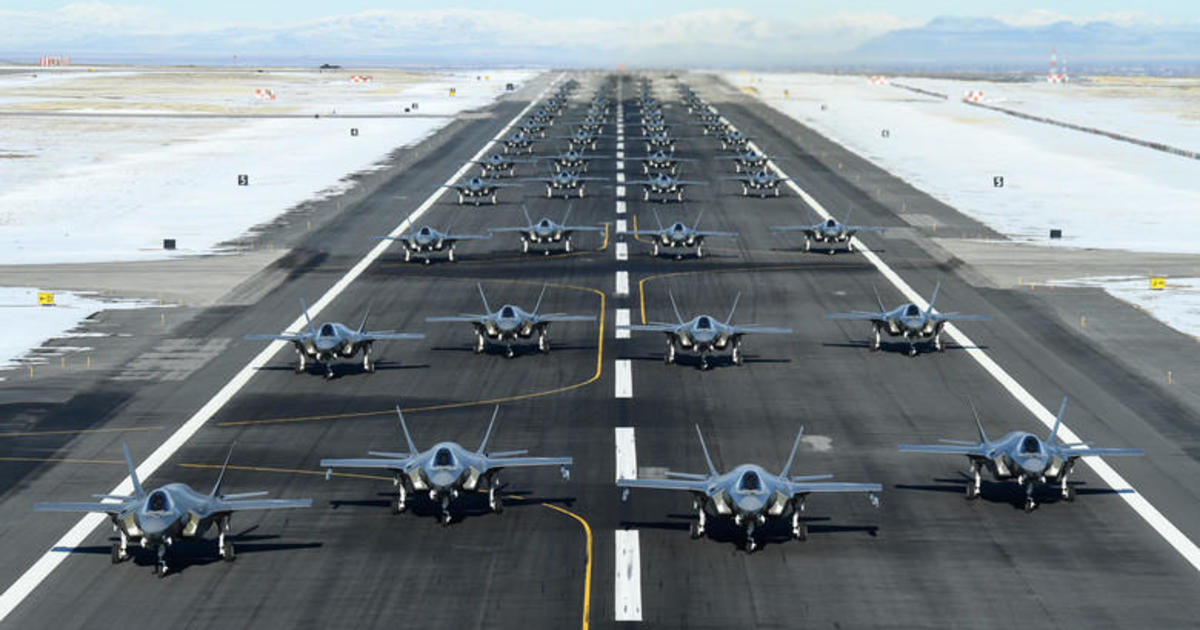 Today we launched about 50 F-35s in rapid succession. Part of a long-planned combat power exercise with @388fw, we pushed the boundaries and tested our Airmen’s ability to deploy @thef35 en masse. We’re ready to fly, fight, and win. @usairforce@USAFReserve@USAF_ACCpic.twitter.com/QskjR6lsch

The 388th and 419th Fighter Wings conducted the combat exercise that sent the jets west to the Utah Test and Training Range to perform various missions. The 419th Fighter Wing posted images of the “elephant walk” — the term for military planes taxiing in close formation just before takeoff.

Col. Michael Ebner, the 388th vice commander, said Monday’s exercise had been planned as a “culminating event” after the two fighter wings received their full complement of fighter jets.

While the effort was intended to demonstrate an ability to conduct large-scale combat deployment in a short time, it was not in direct response to the United States’ escalating situation with Iran, Ebner said.

However, Ebner acknowledged that the impressive exercise was designed to send a message.

“The message is not just to potential adversaries, but it’s also to our nation’s leadership that they can count on the 388th Fighter Wing to support the combat power that they plan and require us to provide,” Ebner told the Deseret News.

The South Korean girl band have made a comeback with their new album #, featuring their latest single "So What" and a new music.
Read more

People who had contact with man with virus to...

Health officials said Wednesday they are actively monitoring 16 people who came into close contact with the traveler to China who became the first U.S. resident with a new and potentially deadly virus
Read more