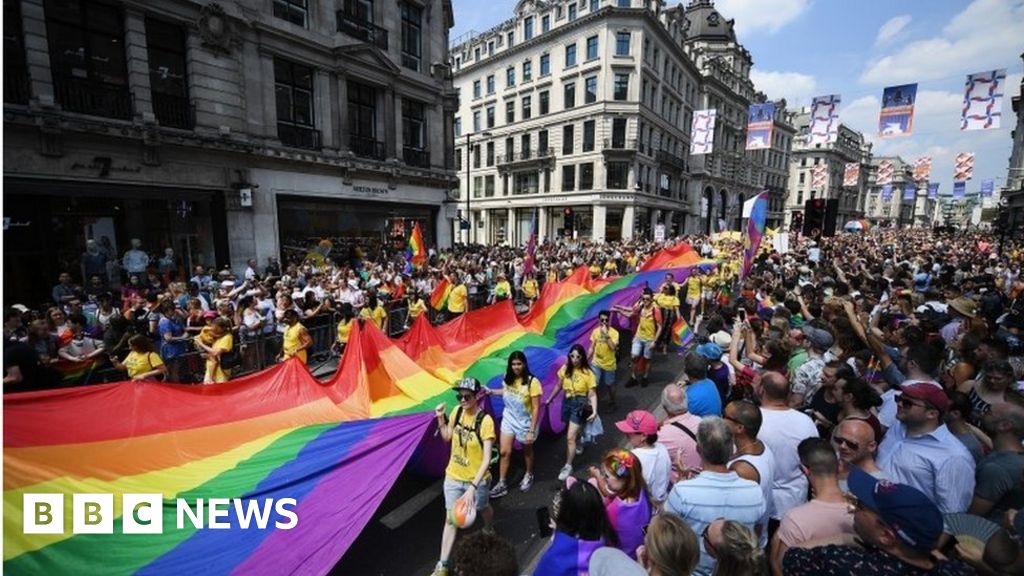 The London Pride parade was among targets, the court heard

A man who was cleared over a sword attack on police outside Buckingham Palace went on to plan a series of terror attacks, a court has heard.

Mohiussunnath Chowdhury, 28, was found not guilty of a terror charge over an incident outside Buckingham Palace in 2017, Woolwich Crown Court heard.

He is accused of later planning attacks on places including London’s Madame Tussauds and London Pride parade.

He appeared in court alongside his sister, Sneha Chowdhury, 25, who is accused of doing nothing to stop his plans.

Ms Chowdhury, of the same address, denies two charges of failing to disclose information about acts of terrorism.

In the attack outside Buckingham Palace in August 2017, two unarmed officers suffered cuts to their hands when they fought to disarm Mr Chowdhury as he shouted repeatedly “Allahu Akbar” (God is the greatest).

The prosecution told the court that after he was cleared at the Old Bailey, Mr Chowdhury bragged to undercover officers who had him under surveillance that he had deceived the jury and unwittingly confided plans to target busy London tourist attractions.

Mr Chowdhury is charged with one count of engaging in conduct in preparation of terrorist acts, collecting information likely to be useful to a person committing or preparing an act of terrorism and of disseminating terrorist publications.

An almost complete specs list for the super-premium Huawei P40 Pro Plus 5G has leaked, along with more P40 Pro specs.
Read more

Google’s Pixel 3 and 3a can now transcribe and...

The star Pixel 4 feature is now rolling out to the entire Pixel 3 and Pixel 3a range.
Read more

The economic emergency created by coronavirus

The former Treasury official who was in charge of the $700 billion government response to the 2008 financial crisis tells 60 Minutes what tools the Federal Reserve can use to combat the economic stress being caused by COVID-19.
Read more

San Francisco will place a moratorium on public events holding more than 1,000 people as part of an effort to slow the coronavirus outbreak, Mayor London Breed announced Wednesday.The ban, which will apply to Golde...
Read more

The House's impeachment inquiry into President Trump shifts to the Judiciary Committee on Wednesday after the chamber's Intelligence panel issued a scathing 300-page report accusing Trump of abusing his power and obstruct...
Read more