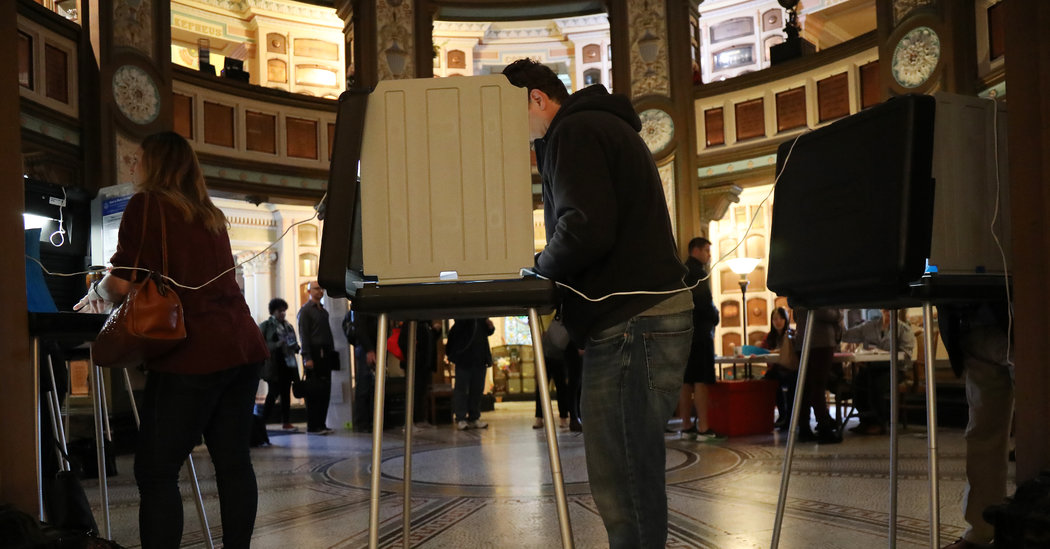 And those No Party Preference voters do have to take action to make their pick for president in March.

I asked Sam Mahood, spokesman for the Secretary of States office, to walk me through the process.

Is there an imminent deadline?

Yes and no not really, Mr. Mahood told me.

In December, if you were registered as having no party preference, you were sent a postcard asking if you wanted to vote for president in the March primary, and if so, you were given three ballot options.

You could receive a ballot with either Democratic, American Independent or Libertarian presidential candidates.

Those are the only parties who have chosen to allow No Party Preference voters to participate in their primaries.

If youve already sent yours back with the box checked saying, for example, youd like to vote for a Democratic presidential candidate, youre good, Mr. Mahood said. Youll get to vote for your preferred candidate.

What if Im a No Party Preference voter and did not send back the postcard?

Send it back right away, Mr. Mahood said, if you still have it and you want to vote in one of those three primaries. Otherwise, you may get a ballot without any presidential candidates on it.

Gil Schwartz, aka humorist Stanley Bing, has died at...

Beijing outbreak raises virus fears for rest of the...

Melania Trump's spokeswoman rebuked Food Network host John Henson after he implied in a tweet that President Trump is not Barron Trump's father."I hope Barron gets to spend today with whoever his dad is," Henson, a...
Read more

As lockdowns ease, cities look at changing the ways...

“We could have thousands of people going back to private cars, because it’s a unique way to guarantee security,” said one city planner.
Read more

Hundreds of staff at the U.S. Agency for International Development wrote a letter demanding their leaders hire more people of color, make a statement on racism.
Read more

Trump calls for Congress to take action against ‘lowlifes’...

Harvard Law School Professor Laurence Tribe faced blowback on social media Friday after advocating that a large portion of the population will "need to be exposed" and die from coronavirus in order to put an end to the cr...
Read more

$310B for small business loans likely spoken for, banks...

In this episode of "Intelligence Matters," Sadjadpour, an Iran policy analyst, talks with Michael Morell about the effects of the spread of COVID-19 in Iran, and the toll it has taken.
Read more

TfL should install the technology on trains in return for future funding, the prime minister says.
Read more

Senate Majority Leader Mitch McConnell (R-Ky.) said on Wednesday that an infrastructure bill set to get a vote in the House will not be taken up in the Senate."So naturally this nonsense is not going anywhere in th...
Read more

Bernie Kerik says he was "pretty emotional" after getting off the phone with President Trump.
Read more

The debate over whether to declare a moratorium on mergers during the coronavirus pandemic is intensifying on Capitol Hill.
Read more

Trump to halt WHO funding amid review

President Trump on Tuesday said his administration will halt funding to the World Health Organization (WHO) pending a review of the global body.DEVELOPING
Read more

'Apex Legends' Ranked Dashboarding Penalty Coming, But What Is It?