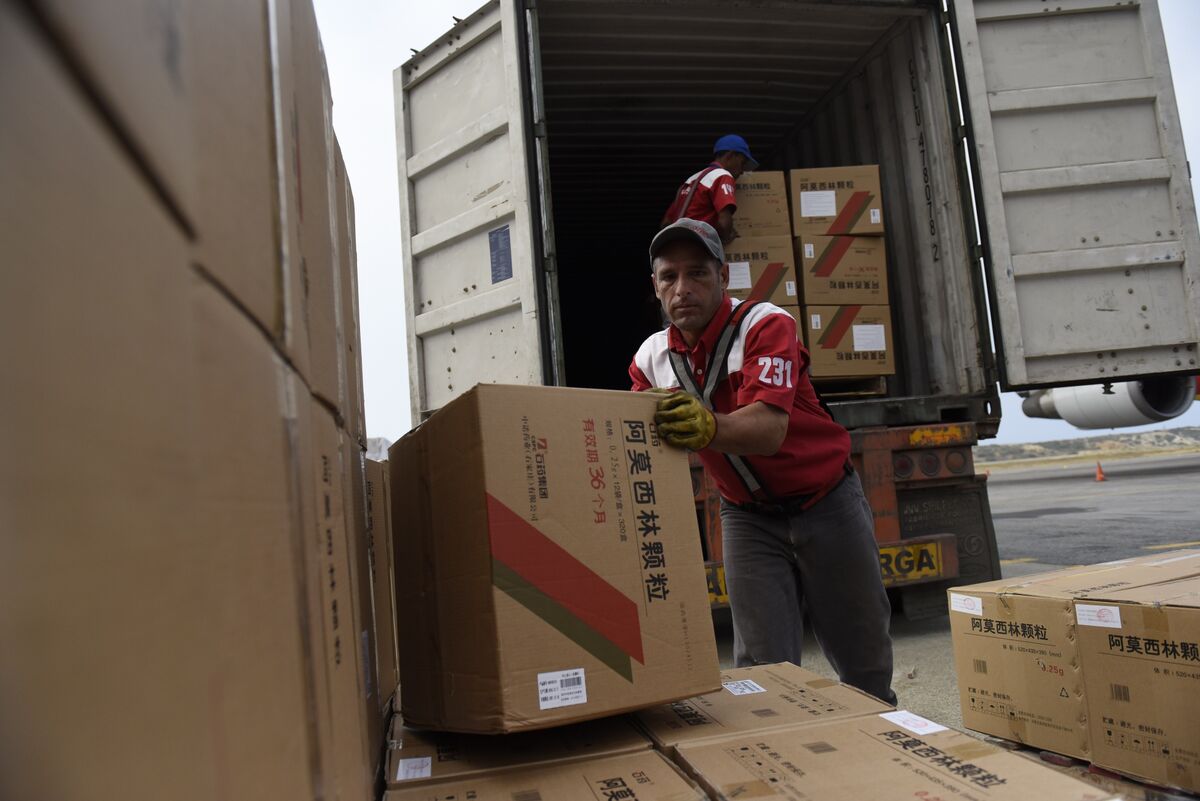 President Nicolas Maduro ordered a 67% increase in Venezuela’s monthly minimum wage, the first this year and the eleventh in the past 24 months.

The presidential decree, announced by pro-government lawmaker Francisco Torrealba on

Twitter, boosts the minimum wage to 250,000 bolivars ($3.61 at the official exchange rate), up from 150,000 bolivars. In addition, workers will receive a food bonus of 200,000 bolivars, for a total minimum income of 450,000 bolivars, according to Torrealba’s publication of an image from an extraordinary edition of the Official Gazette dated Jan. 9.

The new hike, which applies retroactively as of Jan. 1, threatens to refuel hyperinflation after restrictive monetary policies helped slow the pace of price increases in 2019. Still, the increase is well below the

275% hike of Oct. 2019, which lifted the minimum wage enough to buy about 4 kilograms of beef. The new salary, however, is not enough to buy one kilogram at current prices.

The country’s historic economic crisis has seen the annual rate of consumer price increases surge to at least quadruple digits. According to data from the National Assembly, the annual inflation rate was 13,476% in November 2019.

Price increases quickly destroyed the value of the previous minimum wage increase in Oct. The government has directed its efforts to controlling the price of the dollar by reducing liquidity in the financial system and restricting bank loans. Maduro earlier this month vowed to lower inflation in 2020 to a

The broad dollarization of the Venezuelan economy has also contributed to making salaries in bolivars worthless. A dollar costs around 81,000 bolivars at the black market rate. According to local research firm Ecoanalitica,

$2.7 billion in physical dollars are circulating in the country, three times the value of bolivars in both cash and deposits. Ecoanalitica director Asdrubal Oliveros expects greenbacks to make up 70% of commercial transactions in 2020.

Before it’s here, it’s on the Bloomberg Terminal.

A new wave of attacks is targeting and wiping the data of databases exposed on the public web.
Read more

Australia has isolated the state of Victoria in a bid to contain the worsening spread of the coronavirus as the city of Melbourne prepared for its second lockdown, an example of a resurgent disease in places that initially succeeded in taming it
Read more

SpaceX’s Tesla roadster made its first close approach with...

SpaceX CEO Elon Musk's Tesla roadster made its first close approach to Mars on Wednesday. along with the dummy mannequin dubbed "Starman." SpaceX tweeted yesterday that the vehicle came within 5 million miles of the planet.
Read more

Suspect in killing of right-wing protester fatally shot during...

Michael Reinoehl, who described himself as "100% ANTIFA," was killed as a federal task force attempted to apprehend him in Washington state.
Read more

iPhone price cut at Apple: switch and save on...

Apple is offering a $100+ price cut on the iPhone when you trade in an eligible Android smartphone.
Read more

Demand for the Kia Telluride SUV is so high...

Kia, Hyundai's South Korean sister brand, has been trying for years to be seen as more than just a maker of inexpensive cars for buyers on a budget.
Read more

Tucker Carlson: China benefited most while our leaders were...

While our leaders in Washington wasted literally years accusing each other of working for Putin, China grew more powerful. It grew closer to replacing the United States as the world's dominant nation.
Read more

The sweeping measure is aimed at curtailing abuses of the pardon power that Democrats allege were committed by President Donald Trump.
Read more

Second night of clashes in Philadelphia after police kill...

Family loses home to wildfire, then gets virus

Jessica and Matthew Graham lost their home to one of Washington's devastating wildfires in September. Then they got COVID-19.
Read more

Stress Test of a Straining Superpower

The Old Republic is facing its greatest test since the Civil War. The post Stress Test of a Straining Superpower appeared first on The American Conservative.
Read more

A new study from Mount Sinai found that the New York cases of COVID-19 originated from Europe.
Read more

Trump says he would be comfortable sending son, grandchildren...

President Trump on Wednesday said that he would be comfortable sending his school-age son and grandchildren to school in-person this fall amid the ongoing coronavirus pandemic.
Read more

Austrian authorities are facing a class action lawsuit involving as many as 2,500 tourists over their handling of a coronavirus outbreak in the popular winter sports resort of Ischgl, in Tyrol province.
Read more

The NHL's return-to-play format could be complicated further should the U.S. and Canada extend border restrictions into July.
Read more

The White House on Saturday sent conflicting signals about the president's battle with the coronavirus, raising questions over the seriousness of his illness. Doctors Saturday afternoon offered a rosey...
Read more

The U.S. economy grew at a record 33.1% annual rate in the July-September quarter but has yet to fully rebound from its plunge in the first half of the year — and the recovery is slowing as coronavirus cases surge and government aid dries up
Read more

How Google evolved from ‘cuddly’ startup to antitrust target

Google once reviled Microsoft as a technological bully that ruthlessly abused its dominance of the PC software market to choke off competition, spurring Google to adopt “Don’t Be Evil” as a corporate motto
Read more

The United States could see more than 200,000 deaths from Covid-19 by October 1, a closely watched model predicted Monday as states continue to reopen.
Read more

In a move that seems off-brand for Swift, she announced many details of the album, including its release time and tracklist.
Read more

President Trump's campaign wants to have a third party examine both his and Democratic presidential nominee Joe Biden's ears for electronic devices before Tuesday night's presidential debate, according to a new report....
Read more

A high school in Alabama is facing backlash after several of their cheerleaders posted a photo of themselves posing with a t-shirt bearing the Confederate flag inside of a heart on it with the words "I love Redneck Boys."
Read more