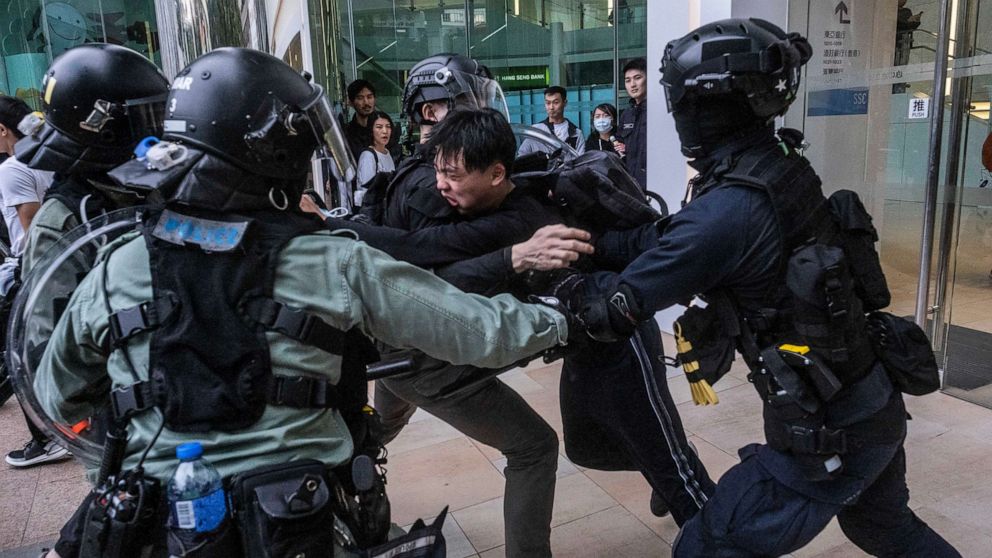 Hong Kong authorities on Sunday denied entry to the executive director of Human Rights Watch (HRW), according to the international watchdog group.

Kenneth Roth planned to launch the groups World Report 2020 at a news conference in Hong Kong this coming Wednesday. The report looks at the state of human rights worldwide and its lead essay will examine the Chinese governments “intensifying assault on the international human rights system,” according to HRW. The report also planned to highlight restraints on human rights in Hong Kong.

According to HRW, Roth was told by immigration authorities when he landed at Hong Kong International Airport that he could not enter the semiautonomous Chinese territory. Roth, an American citizen, said in a tweet that he had visited Hong Kong numerous times in the past.

“There once was a time (a very short time ago) when my entering Hong Kong to speak to journalists was routine,” Roth wrote in his tweet. “It’s sad and troubling how quickly things have deteriorated under pressure from Beijing.”

Roth will now launch the report at a news conference on Jan. 14 at the United Nations in New York.

HRW noted that authorities did not provide a reason for the denial, in a statement. American visitors are entitled to 90-day visa-free access to Hong Kong.

In early December, a Chinese Ministry of Foreign Affairs official threatened to impose sanctions against Human Rights Watch and several U.S.-based watchdog groups. Neither Beijing nor Hong Kong authorities have since provided further details — but at the time said these organizations were being punished for their “odious behavior” in Hong Kong.

Hong Kong government authorities did not immediately respond to requests for comment.

Lottery tickets sold in Mississippi for 1st time in...

Pitino to return for 2020-21 season with Gophers

Richard Pitino will return for his eighth season with the program, a person with knowledge of the situation confirmed on Friday.
Read more

Legal marijuana sales are up nationally as people stock up to survive the coronavirus pandemic, according to new data.Sales are spiking in California, Colorado, Nevada, Oregon and Washington,...
Read more