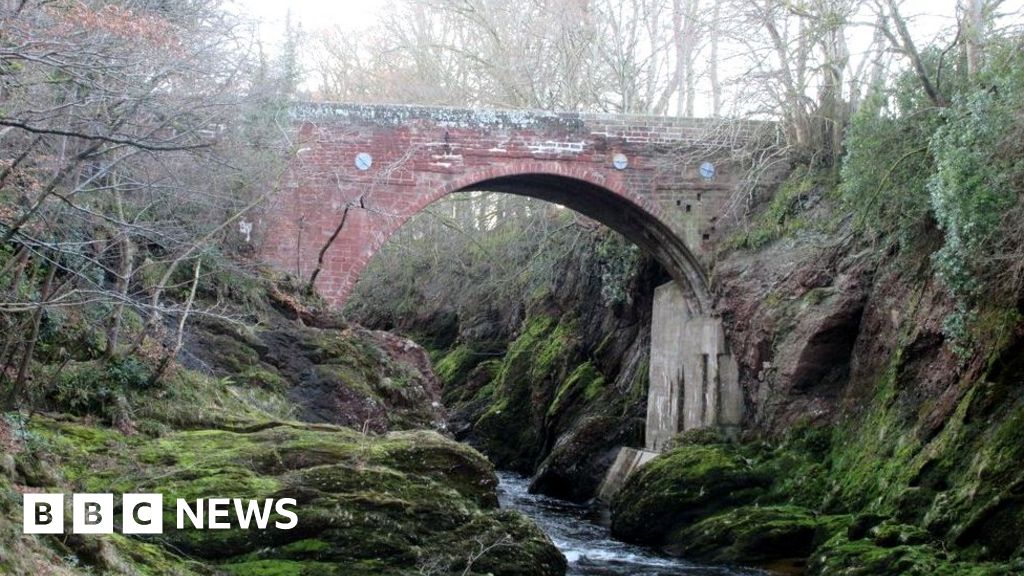 The man fell down an embankment near Gannochy Bridge in Angus

A man has been rescued after falling down an embankment at a beauty spot in Angus.

The alarm was raised at about 14:45 at Gannochy Bridge over the River North Esk near Edzell.

Scottish Fire and Rescue said they were called to assist the ambulance service.

They sent 11 appliances and support vehicles to the scene, including a boat to access difficult terrain. The casualty was handed into the care of ambulance crews at about 16:18.

The casualty’s condition is not known.

The former U.S. Defense Secretary said of the fired Inspector General, "He proved to be a leader whose personal and managerial integrity were always of the highest order."
Read more

Don’t miss the best players from the AFC and NFC face off at Camping World Stadium - we’ll show you how to get a Pro Bowl 2020 live stream online from anywhere in the world.
Read more

CrowdStrike also reports a surge queries from companies who anticipate employees will work from home over next three months, which increases vulnerability to company data.
Read more

The legendary star expressed her support for the Democratic presidential candidate and his plans to combat climate change.
Read more

Next up: Trump’s $1T plan to stabilize economy hit...

The deal to show FA Cup matches via seven betting sites is being investigated by the Gambling Commission, the industry regulator.
Read more

Lananh Nguyen, finance reporter for Bloomberg, on the end of the bonus culture on Wall Street. Rick Helfenbein, former Chairman, President & CEO of the American Apparel & Footwear Association, on why the Phase 1 China trade deal is bad for retailers. …
Read more