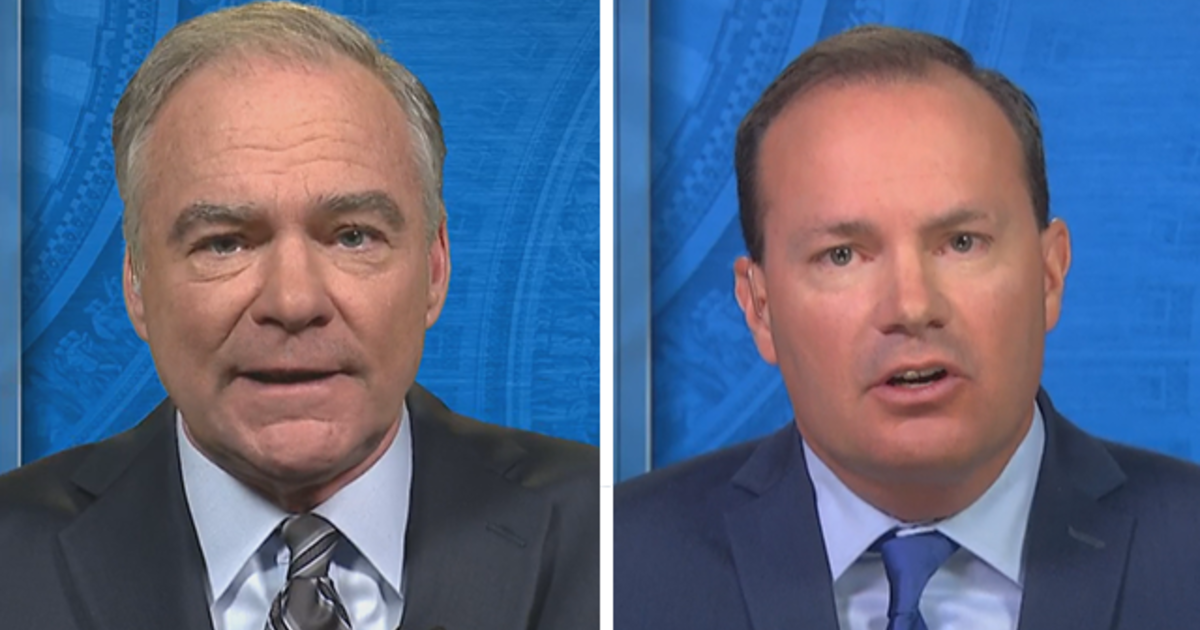 Washington — A bipartisan pair of senators are blaming Congress for allowing presidents to use military force without receiving congressional authorization and shying away from taking difficult votes that deal with war.

“So many members of Congress, what they want to do is hide under their desks, let the president just do whatever the president wants, and then they think they can escape accountability for the consequences of war,” Democrat Senator Tim Kaine of Virginia said Sunday on “Face the Nation.”

It was a sentiment echoed by Republican Senator Mike Lee of Utah, who said “Congress is the problem.”

“We have to remember that this isn’t just about this president or this war. This is about the future question of what any president can do to get us into any war,” Lee said on “Face the Nation.” “Over many decades, Congresses and White Houses of every conceivable partisan combination have put us down this path where it’s very easy for members of Congress to wash their hands of it, to step away and say, ‘This isn’t our problem.'”

Many Democrats and some Republicans believe any further military action against Iran by the Trump administration requires congressional authorization. Last week, the House passed a resolution restricting the president’s ability to strike Iran, and Kaine introduced a similar measure in the Senate.

Kaine has also called for Congress to rewrite a 2001 authorization for the use of military force to provide a more narrow authorization.

“It’s time to go back to what the framers envisioned,” he said. “We shouldn’t send our best and brightest into harm’s way if Congress doesn’t have the guts to have a debate and have a vote.”

Both Kaine and Lee have been critical of a briefing before the full Senate on Wednesday about the targeted strike that killed Soleimani. The briefing was conducted by Defense Secretary Mark Esper, Secretary of State Mike Pompeo, Chairman of the Joint Chiefs of Staff General Mark Milley, CIA Director Gina Haspel and Director of National Intelligence Joseph Maguire.

Lee fumed about the briefing following its conclusion, calling it the “worst” he’s experienced on a military issue in his nine years in the Senate. He also said the briefing convinced him to support Kaine’s war powers resolution once changes are made.

The Utah senator stressed Sunday that his issue wasn’t with the president, but rather with the administration officials who briefed lawmakers on the strike against Soleimani.

“Those who were briefing us, I believe would have done a different job under the light of day had television cameras been there than they did in private where his boss couldn’t see what they were saying, that they were not helpful and they didn’t reflect well on the president’s great restraint that he’s shown and deference to the American people,” Lee said.

What to Know About Michigan’s Democratic Primary: Delegates at...

"Much like a lot of other places, the Biden campaign is surging right now," a Michigan-based Democratic strategist told Newsweek.
Read more

McDavid shines in return from injury, Oilers hold off...

Evelyn Boswell, the missing Tennessee 15-month-old girl, was reported missing in February. Her remains were believed to be found Friday.
Read more