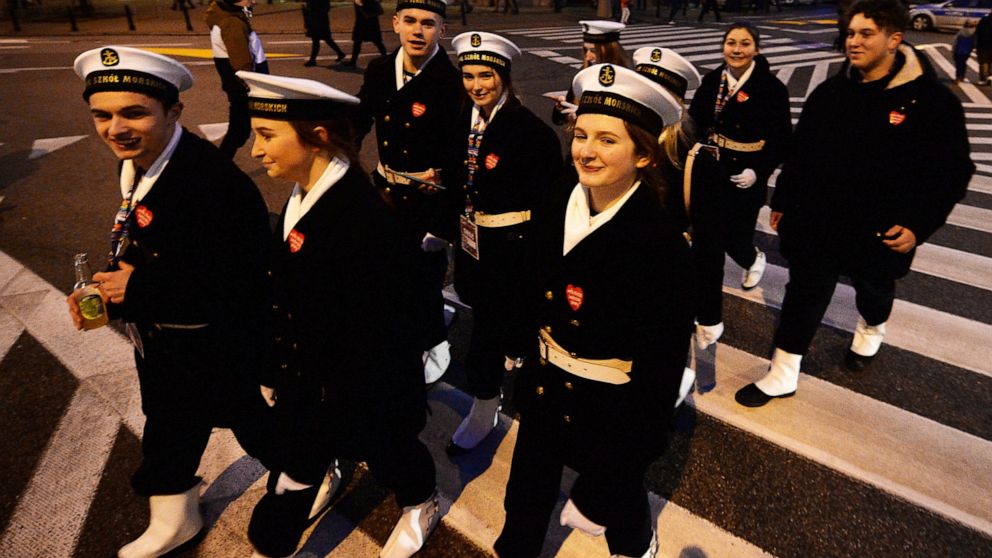 The late Gdansk Mayor Pawel Adamowicz was remembered on Sunday evening during the finale of a yearly Polish fundraiser the same event during which he was fatally stabbed on stage last year.

Adamowicz was stabbed Jan. 13, 2019, during during a live event in Gdansk by a former inmate and died the next day at age 53.

In Gdansk, people sang Sound of Silence, a song that was played repeatedly last year as the nation was plunged into mourning, with a photo of the beloved mayor appearing on a video screen.

His wife Magdalena Adamowicz took the stage and told those gathered that she feels her husband remains with her all the time.

Across the country, people gathered for events at the end of the the Great Orchestra of Christmas Charity, which raises funds to buy modern medical equipment for public hospitals.

WWE is saddened to learn of the passing of Shad Gaspard.

It is past time for California to end its draconian coronavirus lockdown policies.
Read more

Those Apple-exclusive Ice Lake processors aren’t faster than the...

The new MacBook Pro 13-inch is using special 28W Intel Ice Lake processors, but it doesn't look like they're much different than the 15W CPUs in other popular laptops.
Read more

Millions of smaller employers may not benefit from the government's flagship loan program — here's why.
Read more

A local reporter says he was "insulted," "berated" and "practically chased" during a protest on Long Island by those rallying against stay-at-home orders amid the coronavirus pandemic.News 12 Long Island reporter K...
Read more

Oil prices are recovering. Is it too much, too...

What a difference a month makes. Oil prices — after dropping to historic lows in April — have moved away from the cliff edge, pushing higher as demand for energy picks up, more producers keep crude in the ground and concerns about insufficient storage ease.
Read more

Views on Prince Harry and Meghan: 'You can't just be a royal...