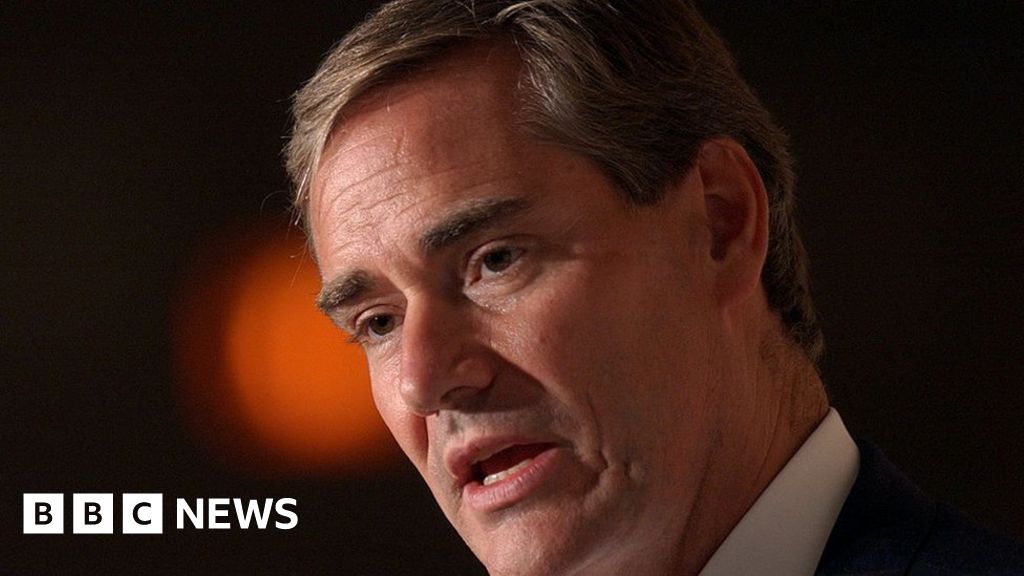 One of Canada’s top business leaders has lashed out at US President Donald Trump over the shooting down of an airliner by Iran last week.

Maple Leaf Foods chief executive Michael McCain said his colleague’s wife and son were among the 57 Canadians who died.

Without explicitly naming Mr Trump, he suggested “a narcissist in Washington” ultimately caused the air tragedy.

In a thread on the company Twitter account, Mr McCain said: “US government leaders unconstrained by checks/balances, concocted an ill-conceived plan to divert focus from political woes.”

Mr McCain, whose company employs more than 11,000 people, said his colleague’s death was “the collateral damage of this irresponsible, dangerous, ill-conceived behaviour”.

He also criticised US efforts to dismantle 2015 nuclear deal with Iran.

On Saturday, Iran said it “unintentionally” shot down the Ukrainian plane.

The apparent blunder came hours after Iran launched missile strikes on two airbases housing US forces in Iraq in retaliation for a US drone strike that killed Iranian Gen Qasem Soleimani.

Skip Twitter post by @MapleLeafFoodsIm Michael McCain, CEO of Maple Leaf Foods, and these are personal reflections. I am very angry, and time isnt making me less angry. A MLF colleague of mine lost his wife and family this week to a needless, irresponsible series of events in Iran…

Mother of Javier Ambler’s sons: ‘Your children do not...

Almost 15 months after Javier Ambler, a black man, died while being arrested, his ex-partner and the mother of two of his sons has a message for law enforcement and the world.
Read more

Los Angeles police are on the hunt for one final man suspected in a robbery and hate crime incident against three transgender women.
Read more

Zoom has partnered with third-party hardware manufacturers to launch Zoom Hardware as a Service.
Read more

The robot was deployed in UK waters for the first time in a project to observe basking sharks off Scotland.
Read more

The compact performance coupe is rising in value among car collectors.
Read more

Pollsters found that both the former VP and the Vermont senator were within the margin of error of overtaking Trump in Pennsylvania.
Read more

US hiring likely slowed in September for 3rd straight...

‘Evil’ Season 2 Netflix Release Date: When the Next...

"Evil" has been a hit for Netflix since it was released earlier this month—and Season 2 should be coming to the streamer and CBS very soon.
Read more

Oklahoma Republican Gov. Kevin Stitt says the state is ready to go to phase three on June 1 if the data continues to look good.
Read more

Meghan Markle and Prince Harry Have Royal ‘Obligations’ Despite...

The Duke and Duchess of Sussex will never be completely free of obligation to the royal family despite their newfound financial freedom, Elaine Lui tells Newsweek.
Read more

Here's everything we know so far about Halo Infinite - the next chapter in Master Chief's story.
Read more

Dr. John Torres answers viewer questions about the return of sports and vacations, Natalie Morales introduces us to dogs who are cheering up kids with virtual visits, Jackson Daly interviews Dude Perfect’s Coby Cotton and Lester Holt shows us how one girl in …
Read more

NBA owner Mark Cuban to Senate: ‘Do your f–king...

Billionaire Mark Cuban knocked two top senators in a tweet on Tuesday, demanding they both reach a compromise on a stimulus package in response to the coronavirus outbreak.Cuban, owner of the Dallas Mavericks, twee...
Read more

Stone said in a statement "it is time for me to move on with my life."
Read more

One company founder says he hasn't "heard anything at all" about the emergency aid he applied for weeks ago.
Read more

The National Weather Service is warning of "dangerously hot conditions" in many areas of the western United States over the next few days.
Read more

He says domestic workers laid of during the Covid-19 pandemic should continue to receive pay.
Read more

Apple wants to help you create a stronger password

A report suggests the iPhone 12 range won't be announced until late October, and some models will land even later.
Read more

President Trump's efforts to build his appeal and define his opponent at the RNC, had little apparent impact on the electorate, a new ABC News/Ipsos finds.
Read more

The Redmi 10X will actually be an inexpensive high-end...

Just days before its launch on May 26, the Redmi 10X is now confirmed to sport premium features like OIS, optical zoom and an AMOLED display.
Read more

It's 80s night in the "Dancing With The Stars" ballroom.
Read more

Kamala Harris’ Popularity Surges Across Board After Biden Pick:...

It was only among Republicans that Kamala Harris' popularity saw minimal growth.
Read more

Where to watch Blues exhibition game on Wednesday, July...

The St. Louis Blues’ exhibition game vs. Chicago on Wednesday, July 29, will be televised on FOX Sports Midwest Plus due to overlap with Cardinals baseball.
Read more

Group sues police for any videos of man’s fatal...

Nancy Pelosi and Steve Mnuchin Fail to Agree on...

"Today, Secretary Mnuchin and I had an extensive conversation and we found areas where we are seeking further clarification," House Speaker Nancy Pelosi said in a statement. "Our conversations will continue."
Read more

The best Xbox One prices, bundles and sales in...

We have all the best Xbox One deals this July 2020, including the best value bundles and games.
Read more

Twitter is updating its approach to how it handles misinformation amid the coronavirus pandemic, introducing new labels and warning messages that will provide additional context and information on COVID-19. CNET senior producer Dan Patterson joined CBSN to ex…
Read more

A House committee has approved a $694.6 billion defense spending bill that includes money for the Army to change Confederate base names and that seeks to block President Trump’s use of Pentagon funds for his border wall.The House Appropriations...
Read more

Convenient that he's resurrecting the Iranian bugaboo in South America, just as the impeachment of his boss heats up. The post Scaremonger Pompeo: Hezbollah Mobilizing in America’s Backyard appeared first on The American Conservative.
Read more