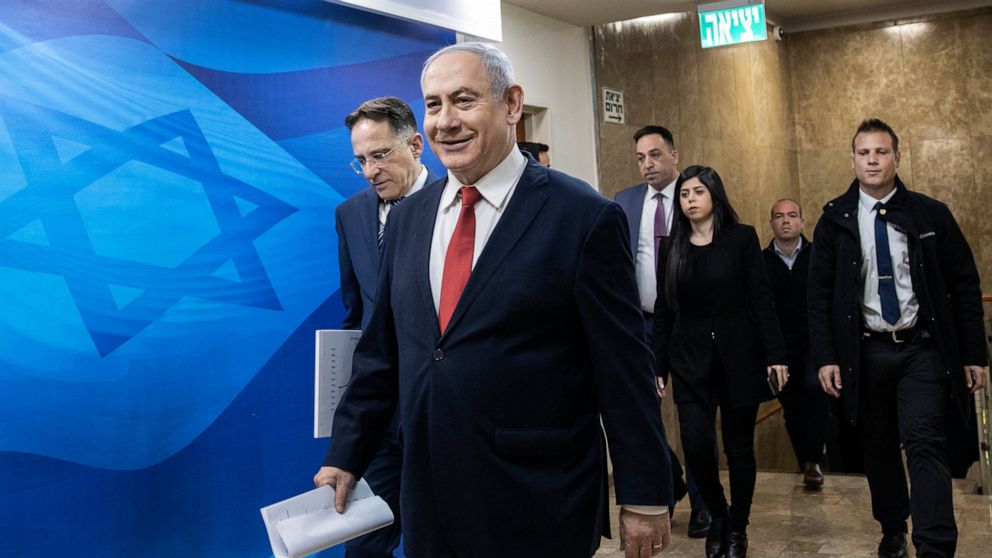 Israel’s main left-parties have announced they will run on a single ticket in the upcoming March 2 election.

Both Labor and Meretz had been polling dangerously close to the electoral threshold and were under intense pressure to unite into a single bloc so as not to lose valuable votes. Should one of them had failed to enter parliament, it would have all but guaranteed re-election for Prime Minister Benjamin Netanyahu and his nationalist bloc.

Levy-Abekasis, who heads the more centrist Gesher faction, said on Monday that it was merely a technical union dictated by reality to save precious votes. The union helps bolster Blue and White Chairman Benny Gantz’s chances of unseating Netanyahu.

The March election will the third in a space of a year, after the previous two rounds produced inconclusive results. Various right-wing parties are also working to unite before Wednesday’s deadline for submitting the final lists of candidates for parliament.

Apple is shutting all its stores outside China until...

You won't be able to walk into an Apple Store for a couple of weeks – but the Apple website is open for business.
Read more

iOS 14's code just suggested we'll be seeing an iPhone 9 and new iPad Pro in the near future.
Read more

But he says there was "always a bit of a tussle" between left and right in the party.
Read more

Trump says he’s not concerned by contact with Brazilian...

President Trump said Thursday he isn't concerned by reports that an aide to Brazilian President Jair Bolsonaro tested positive for the novel coronavirus after being part of a delegation that met with Trump in Florida over...
Read more

Dean Smith: ‘Aston Villa’s season will not be defined...

Aston Villa manager Dean Smith says his team's season "will not be defined" by results against Manchester City and Liverpool.
Read more

Ohio's order mandating all residents stay at home will be implemented Monday evening at 11.59 p.m. local time, and is scheduled to end on April 6.
Read more

Mr Strange: ‘A lot of hate comes with being...

Fast and Furious film ‘F9’ pushed back a year...

Senate Democrats on Sunday blocked a coronavirus stimulus package from moving forward as talks on several key provisions remain stalled.Senators fell short of the two-thirds threshold needed to advance a "shell bill," which would have been a...
Read more

Harvard’s president and his wife test positive for coronavirus