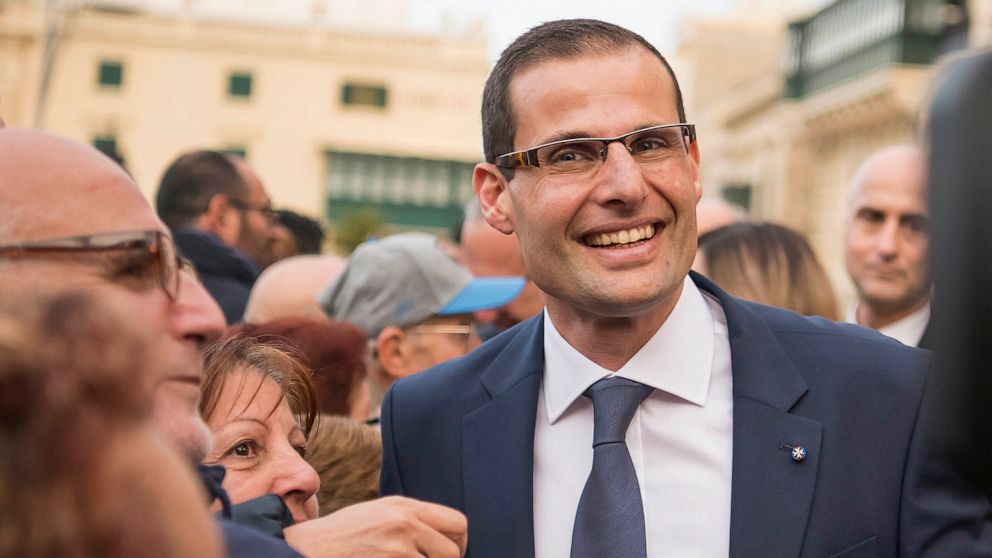 Malta’s new prime minister has been sworn into office, replacing the beleaguered premier who bowed to public protests for accountability in the probe of an anti-corruption journalist’s murder.

Robert Abela took the oath of office Monday and kissed a crucifix in the traditionally Roman Catholic country. Abela is a first-term lawmaker whose father George Abela was a past president of the European Union nation.

Among onlookers was Joseph Muscat, who resigned amid anger over links between his government and those under investigation in the 2017 car bomb assassination of Daphne Caruana Galizia.

She had been investigating offshore companies linked to politicians close to Muscat. Her work targeted members of his government.

In the run-up to the Labour Party election on Saturday to determine Muscat’s successor both as party leader and prime minister, Robert Abela pledged to repair Malta’s reputation. European Union lawmakers had faulted Malta’s adherence to rule of law and recommended reform of its judicial and police systems.

Among those under investigation for the murder, according to Maltese prosecutors, is Muscat’s former chief of staff, who denies any involvement. A Maltese casino owner has been arraigned for alleged complicity in the murder, an accusation he denies. Three men were arrested in the weeks after the bombing as the suspects of the actual bombing.

Gay Rom-Com The Thing About Harry Makes Room For Joy

Trump’s Spiritual Adviser Paula White Warns Christians To Give To The Church Before Paying Their Mortgages, Electric Bills

Republican impeachment witness: ‘Even my dog seems mad’ about...

George Washington University law professor Jonathan Turley, who was invited by Republicans to testify in Wednesday's impeachment hearing, said in his opening statement that even his dog, a Goldendoodle named Luna, "seems...
Read more