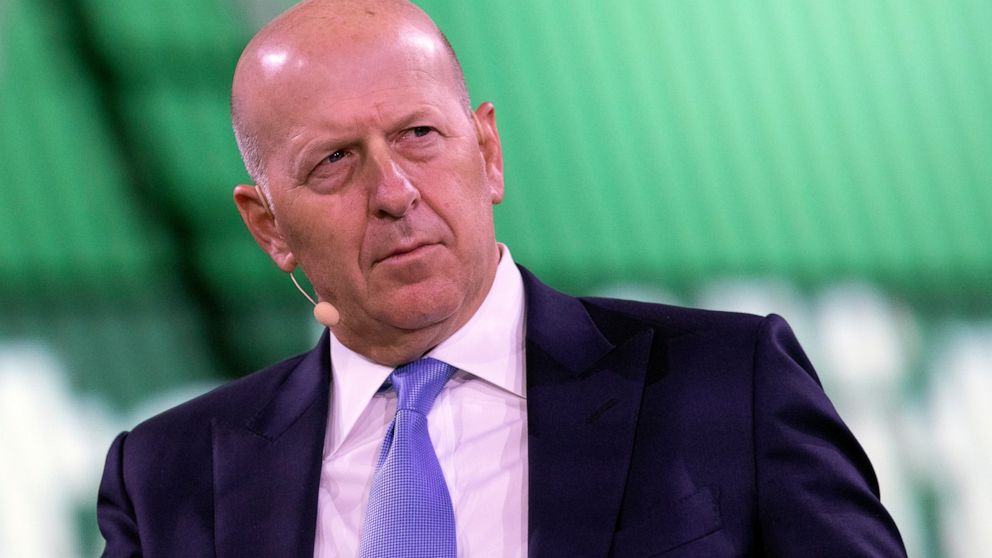 Goldman Sachs said its fourth-quarter profits dropped by 24% from a year earlier, as the bank saw significantly higher legal and compensation expenses.

The investment bank said Wednesday that it earned a profit of $1.72 billion in the quarter, or $4.69 a share, down from a profit of $2.32 billion, or $6.11 per share, a year earlier. The results missed analysts’ expectations for earnings of $5.47 a share.

Despite having a strong quarter in trading, Goldman’s results were marred by significantly higher expenses. The bank set aside roughly $500 million more to cover its legal expenses in the quarter. The bank is currently negotiating a settlement over its involvement in 1MDB, a Malaysian government-sponsored investment fund that became a scandal.

The bank also had a big jump in its compensation expenses, setting aside $3.05 billion in the quarter to pay its well-compensated employees, compared with $1.86 billion a year earlier. Many of Goldman’s employees earn the bulk of their pay in large year-end bonuses. For the full-year, however, compensation and benefits costs at the bank were basically flat – reflecting the difficult year Goldman had in many of its businesses.

For the full year, Goldman had a profit of $7.9 billion, down from $9.86 billion in the same period a year ago.

James Murdoch resigns from News Corp. board over editorial...

James Murdoch resigned from his position on the board of News Corp. on Friday, citing editorial decisions from the company's news outlets."I hereby tender my resignation as a member of the Board of Directors of New...
Read more

Average rates on long-term mortgages rose this week for the first time since June 25, after weeks of marking new record lows
Read more

Dakota Hudson allowed just one hit in six innings and the St. Louis Cardinals backed him with four home runs to beat the Cincinnati Reds 7-1 on Saturday night.
Read more

The Creek Fire in California has become the state's single most massive wildfire in history, burning 286,519 acres in Fresno and Madera counties....
Read more

How a mysterious man fooled a Harvard scholar into...

In 2012 scholar Karen King announced the academic discovery of a lifetime: a scrap of papyrus, purportedly from the early days of Christianity, in which Jesus refers to a woman as "my wife." A new book says King was fooled by a brazen forgery.
Read more

Kanye West took off his MAGA cap to create his own display — and some conservatives tired of Trump say it's particularly suited to this moment.
Read more

Ronan Farrow on Wednesday fired back at Matt Lauer's accusation that he had practiced "shoddy journalism" when reporting on sexual allegations against the former "Today" show host in 2018, stating that Lauer "is just wron...
Read more

Newly released records show a white Kenosha, Wisconsin, police officer who shot a Black man in the back had been the subject of five internal investigations during his seven-year career
Read more

Interfaith group: No Buddhist or Hindu statues in nightclubs

Fox Sports Wisconsin rounds up the top tweets and Instagram posts from the past week in Wisconsin sports.
Read more

We already knew that a new Call of Duty game is due to release this year, and now we may know its name.
Read more

Authorities in Thailand say improved DNA testing has shed new light on the unsolved murder of a female Japanese tourist 13 years ago, suggesting a link to a male of East Asian heritage
Read more

Eric Trump and his wife Lara Trump both tested negative for COVID-19, a spokesperson for the couple said Saturday.
Read more

CNN's Sara Sidner has covered armed conflict in countries all over the world. The devastation brought by Covid-19 is a different kind of fight, but it's a battle nonetheless -- and it's one being fought disproportionately by those already up against another o…
Read more

Senate Leadership Fund will air positive ads for Rep. Roger Marshall, who is trying to fend off Kris Kobach in next month's primary.
Read more

Millwall striker Aiden O'Brien leaves the club after nine years with the Lions, following the expiration of his contract.
Read more

The top super PAC supporting Senate Republicans announced Wednesday it is launching an August advertising blitz across five states as the GOP plays defense in the battle over the Senate majority.
Read more

“CBS This Morning” anchors mark one year together

The proposed deal must still be approved by Congress.
Read more

A Michigan sheriff opposed to Gov. Gretchen Whitmer's coronavirus restriction measures told a crowd of anti-lockdown protesters Monday that the mandate was akin to placing all residents under arrest.
Read more

The late actress fought unequal pay in showbusiness in the 60s, but it came at a personal cost.
Read more

The latest HP Omen gaming PC deals from Best Buy and HP can save you up to $200 on a fully specced out machine.
Read more

The future of affordable travel

The number of eligible Asian American voters has surged by 139 percent in the last 20 years, according to a ...
Read more

Former White House chief strategist Stephen Bannon and three co-defendants are scheduled to stand trial in May over charges that they scammed hundreds of thousands of donors into contributing to a fundraising campaign pur...
Read more

President Trump is standing by his decision to downplay the threat of the coronavirus in the early days of the pandemic, saying he was trying to avoid panic. CBS News White House correspondent Paula Reid joins CBSN to talk about the fallout from audio recordi…
Read more

"The usage growth from COVID-19 is unprecedented across the industry, and we are experiencing new records in usage almost every day," the Facebook blog post said.
Read more

"We are actively trying to transfer out ICU and surge patients...just because we don't have the capacity to treat those patients," a hospital official said
Read more

A deadly virus that affects both domestic and wild rabbits has been reported in Nevada, according to local reports.
Read more

Meghan's father Thomas Markle could end up testifying against her in UK...