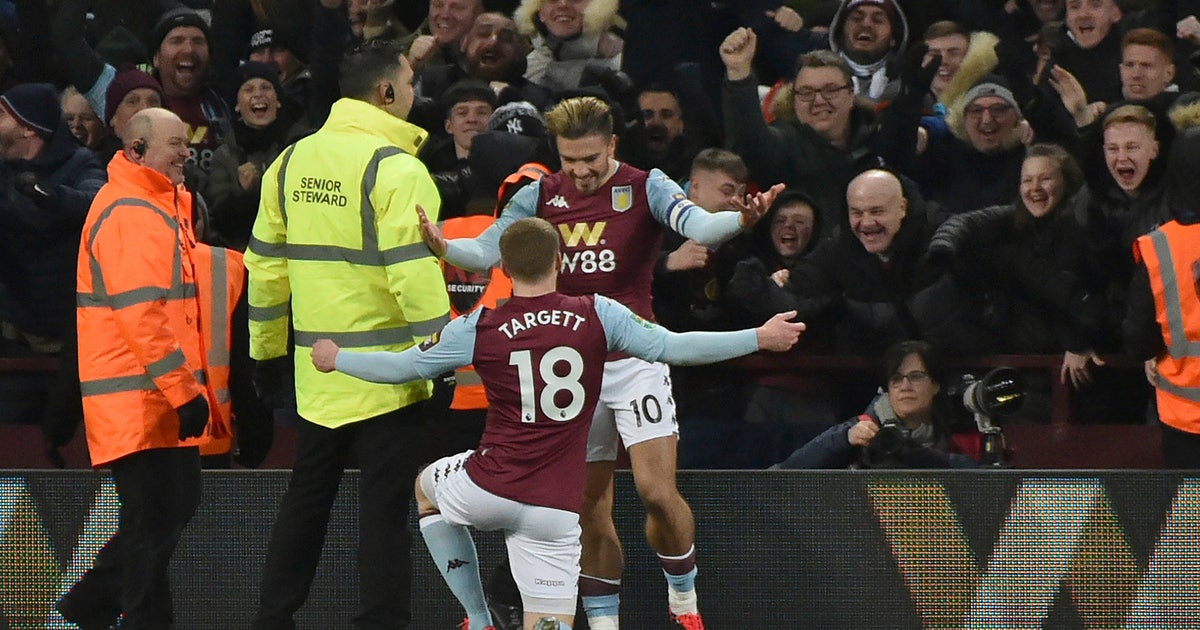 BIRMINGHAM, England (AP) — Aston Villa scored in the third minute of stoppage time to clinch a 2-1 win over Leicester and reach the final of the English League Cup on Tuesday.

Egypt midfielder Trezeguet volleyed in at the back post to earn Villa a 3-2 victory on aggregate and book his team a match against either Manchester City or Manchester United in the March 1 final.

Villa is a five-time winner of the League Cup, most recently in 1996, and will play in the competition’s 60th final.

Leicester will count itself unlucky, with Villa having had four shots on target across the two legs and scoring three times.

Villa fans, who have seen their team drop into the relegation zone of the Premier League, poured onto the field after the full whistle in celebration.

Tied 1-1 after the first leg three weeks ago, Villa took the lead on the night and on aggregate when left-back Matt Targett smashed in an angled shot after being teed up by Jack Grealish.

Kelechi Iheanacho equalized, like he did in the first leg, in the 72nd.

City and United will play the second leg of their semifinal on Wednesday. City holds a 3-1 lead heading into the game at its Etihad Stadium.

The final will be staged at Wembley Stadium on March 1.

What a day on Mars will do: Californians have new urgency on climate change

Rep. Karen Bass (D-Calif.) on Saturday sought to explain comments she made at the opening of a Scientology church in Los Angeles a decade ago after the remarks drew renewed attention this week.Bass, who has served...
Read more

The University of Alabama has reported 531 coronavirus cases on campus since starting classes on Aug. 19, according to the university system's COVID-19...
Read more

The lobbying giant is facing economic pressure from the coronavirus as well as infighting over endorsement of some Democrats for reelection.
Read more

Kai Denovan is accused of professional player Jordan Sinnott's manslaughter during a night out.
Read more

Rest and Be Thankful: Helicopter used to move 100-tonne...

The 100-tonne rock is being moved into a safe position as part of a clear-up at the A83 Rest and Be Thankful.
Read more

Young members of a swimming club in west London want their local pools to reopen so they can keep up with their rivals.
Read more

Naya Rivera and her ex-husband Ryan Dorsey were in each other’s lives since before the actress joined the cast of “Glee” in 2010.
Read more

Grimes Is A Mom, And You Probably Can’t Pronounce...

On Monday (May 4) 'Miss Anthropocene' singer Grimes and her partner Elon Musk welcomed their first child, X Æ A-12 Musk, together.
Read more

Companies say delaying passengers' entrance risks cutting off the UK from the rest of the world.
Read more

President Trump on Wednesday shared a photo on Instagram with several Goya Foods products as the White House doubled down on its public support of the company despite a tweet from Ivanka Trump raising ethics concerns.
Read more

Taylor Swift might have reignited her feud with Kanye West.
Read more

Zoom will stop accepting new users in some markets

Only enterprise users with proof of business registration and corporate banking accounts can sign up to Zoom.
Read more

Apple products, including MacBooks and watches, are on sale for Memorial Day, at Best Buy and Target.
Read more

iPhone price cut at Apple: switch and save on...

Apple is offering a $100+ price cut on the iPhone when you trade in an eligible Android smartphone.
Read more

Since the first census was taken, the U.S. has counted non-citizens for the purposes of awarding seats in the House of Representatives.
Read more

Bennie Thompson accuses administration of backing out of deal...

Premier League: Drama, records and rants that would have...

With English football yet to resume, BBC Sport looks back at the great moments that would have been lost had seasons ended early.
Read more

Warsaw’s mayor has come under criticism after a video emerged of him demanding that DJs at a night club change their music, seeming to leverage his influence by stating “it’s my city.”
Read more

New WD My Passport compact HDD with up to...

Western Digital has announced its latest line of My Passport HDD in India.
Read more

Realme C11 goes on sale for the first time...

Realme's latest affordable device, Realme C11 will go on sale for the first time in India. It is priced at Rs 7,499.
Read more

Scotland has moved into the second phase of its "route map" to end the lockdown while suppressing the virus.
Read more

Navajo Nation leaders delayed the reopening of government buildings until the middle of August as they extended an emergency declaration amid rising coronavirus cases in surrounding areas off the reservation. ...
Read more

Everything you need for a bug-free summer outdoors

We asked experts about all the various repellants you can use to make sure bugs — and particularly mosquitos — stay far away from you this summer.
Read more