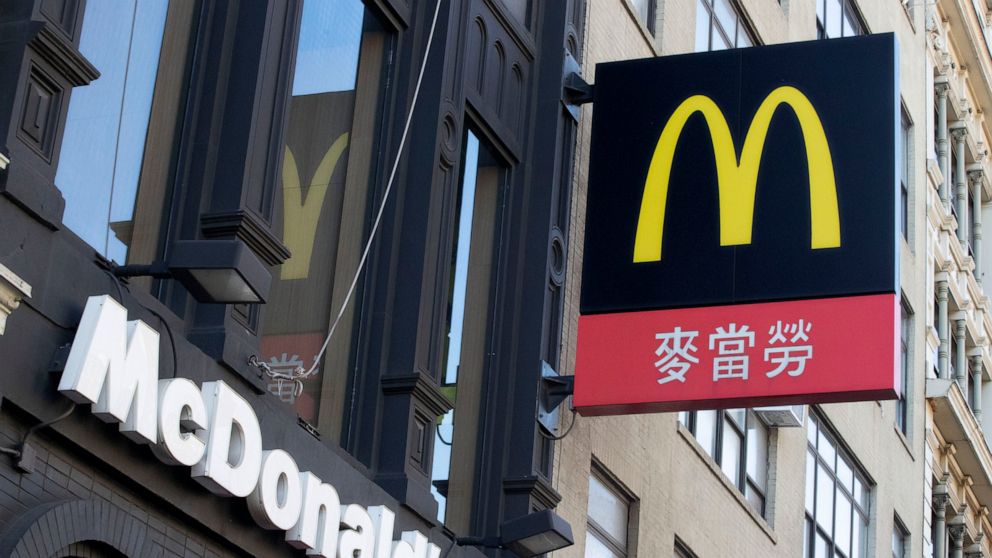 McDonald’s ended 2019 on a high note despite internal turmoil at the company, which pushed out its CEO in November.

The burger giant said its fourth quarter net income rose 11% to $1.6 billion, or $2.08 per share. Excluding one-time items like tax benefits, the company earned $1.97 per share. That beat Wall Street’s forecast of $1.96, according to FactSet.

Fourth quarter revenue was up 4% to $5.3 billion, which was in line with estimates.

McDonald’s former President and CEO Steve Easterbrook was pushed out in November after violating company policy by having a consensual relationship with an employee. He was replaced by Chris Kempczinski, who most recently led the company’s U.S. operations.

Bryant died in a helicopter crash on Jan. 26, about three weeks before the Hall of Fame said that he was a finalist.
Read more

Trump hits the swing states, even with campaign battle...

President Trump heads to Michigan on Thursday to tour a Ford Motor Company plant that’s producing ventilators for hospitals in the battle against the coronavirus pandemic.
Read more

"The Michigan GOP is wasting the court's time and the taxpayer's dime," said MDP chair Lavora Barnes in a Wednesday statement.
Read more

American pastor grateful to be in U.S. after being...

A Christian pastor from Tennessee is glad to be back in the United States after spending months detained in India.
Read more

AIIMS puts to use robots to handle Covid-19 patients

There is also a possibility of extending the use of robots to serve food and handle medical supply at the hospital in Jhajjar.
Read more

"The View" co-host Joy Behar panned the idea that the media should "believe all women" who allege sexual misconduct, and denied applying a different standard to Supreme Court Justice Brett Kavanaugh.
Read more

Nursing home advocates are raising the alarm that states are reopening their economies without the ability to protect residents. Nursing homes have been devastated by COVID-19, and advocates say states and the Trump administration have failed...
Read more

Trump to ABC’s Muir: ‘It’s possible there will be...

Renovators at the Nazi concentration camp complex found the hidden items in a chimney in Block 17.
Read more

Pau Gasol and Rafael Nadal Team up to Raise...

The latest HP Omen gaming PC deals from Best Buy and HP can save you up to $200 on a fully specced out machine.
Read more

But she said "I keep my counsel with the vice president's campaign private."
Read more

White woman fired after she calls police on black...

A viral video that sparked a national outcry of racism has cost Amy Cooper her job. She called the New York City Police Department and accused an African American man of threatening her in Central Park after he asked her to leash her dog. Mola Lenghi reports.
Read more