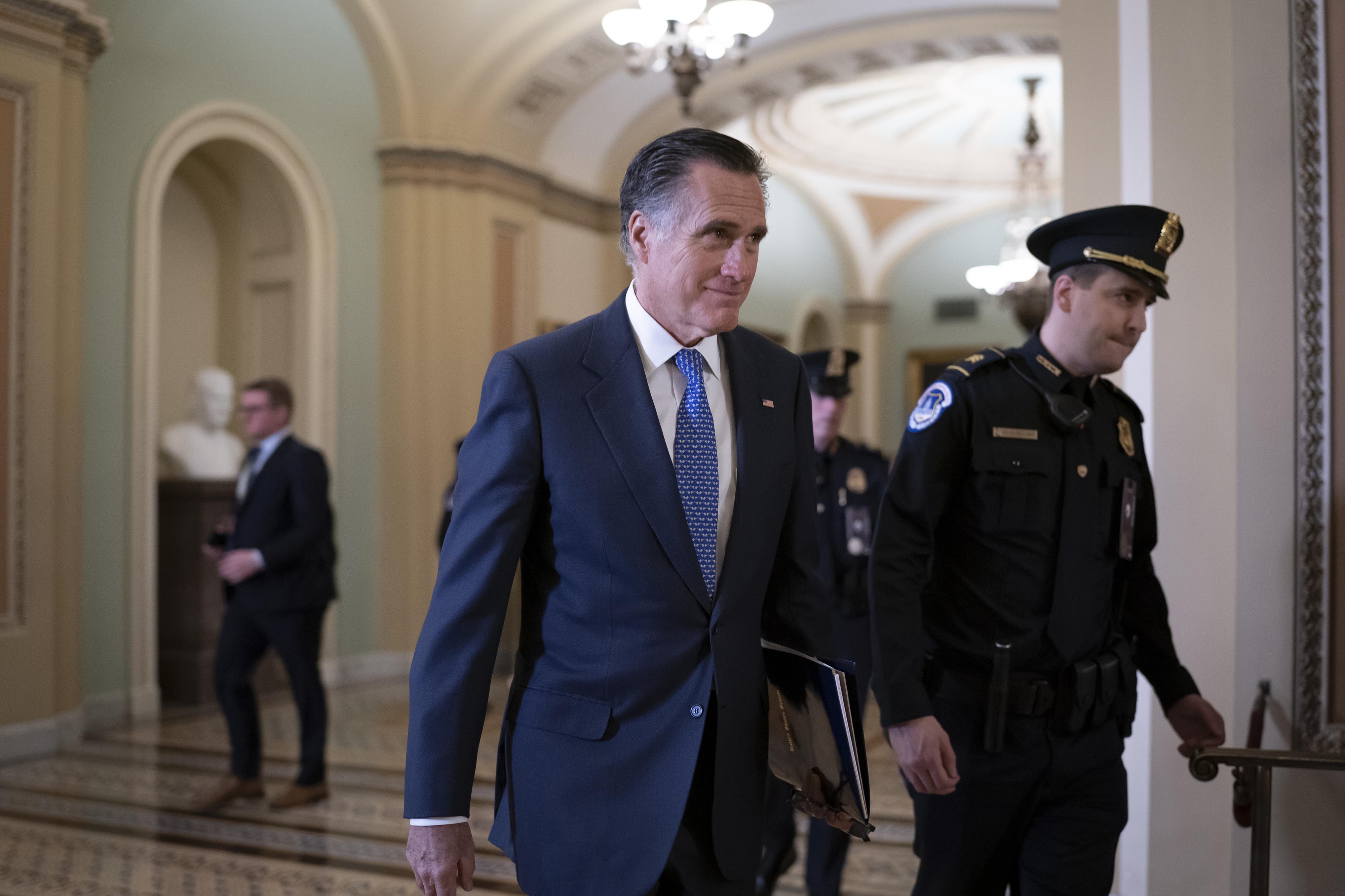 Sen. Mitt Romney (R-Utah) will vote to convict President Donald Trump in the impeachment trial on the charge of abuse of power, becoming the only Republican to break with the president and his party.

“The grave question the Constitution tasks senators to answer is whether the president committed an act so extreme and egregious that it rises to the level of a high crime and misdemeanor.

PMQs: Blackford and Johnson on surcharge for foreign NHS...

The prime minister is accused of "giving with one hand and raking it in with the other" over NHS staff.
Read more

President Trump on Monday implored Americans not to allow the novel coronavirus to "dominate your lives" after returning to the White House from Walter Reed National Military Medical Center where he was treated for three...
Read more

A U.K. company is developing an antibody test intended to identify those who have had the coronavirus that could cost just $1.20,...
Read more

Cruz: COVID-19 has opened eyes to dangers from China

Sen. Ted Cruz (R-Texas) said Sunday that the coronavirus pandemic has opened people's eyes to the dangers of China."The most significant foreign policy consequence of this pandemic is people are understanding the t...
Read more

The auto alliance of Nissan and Renault will be sharing more vehicle parts, technology and models to save costs as the industry struggles to survive the coronavirus pandemic
Read more

Conservatives may disagree, but how Barrett's spiritual beliefs shape her judicial philosophy and how they align with democratic norms are legitimate questions.
Read more

Pelosi calls for removal of Confederate statues from U.S....

Pelosi's letter comes as Trump has said he will not consider renaming military bases named for Confederate generals.
Read more

CNN’s Wolf Blitzer: ‘I wouldn’t be surprised if this...

CNN host Wolf Blitzer said he "wouldn't be surprised if this is the last presidential debate" after President Trump and Democratic presidential nominee Joe Biden clashed in a vicious first debate."This was the most...
Read more

Rumer Willis opens up about losing virginity to ‘older’...

Rumer Willis, the daughter of Bruce Willis and Demi Moore, got candid on an episode of "Red Table Talk."
Read more

Connecticut is one of 18 states that allows trans athletes to compete without restrictions alongside other members of their shared gender identity.
Read more

Cuomo wants you to hear this quote from Trump

Domestic assault may have triggered Canadian rampage that left...

A domestic assault could have been the catalyst of a Nova Scotia shooting rampage that left 22 people dead, the Royal Canadian Mounted Police said Friday.
Read more

The biotech firm Moderna Therapeutics announced that the first eight participants in the Phase 1 of its COVID-19 vaccine trial developed some antibodies after a single dose. Moderna is now expected to start a second round of clinical trials as soon as next mo…
Read more

Officials say a passenger train crashed into a freight train near the Czech capital, killing one driver and injuring dozens of passengers
Read more

Some areas of housing are actually doing better than they were before the coronavirus began sweeping the U.S.
Read more

China accuses US of ‘malicious slander’ in order to...

China on Thursday accused the U.S. of 'malicious slander' in its ordering of the Chinese consulate in Houston to close as tensions ramp up between Washington and Beijing.Foreign Ministry spokesperson Wang Wenbin sa...
Read more

Browns center JC Tretter is cautiously optimistic the NFL season will take place in 2020. He's just not certain when it will start.
Read more

Matthew Tkachuk sets up Flames in 3-2 victory over...

The decision by a federal judge Sunday to temporarily block a federal ban on TikTok marks another setback to President Trump's efforts to quickly overhaul how the Chinese-owned platform does bu...
Read more

Anna Camp, who contracted COVID-19 after not wearing a...

Anna Camp is imploring everyone to wear a face-covering after she said she recently contracted coronavirus after a one-off instance where didn’t wear a mask.
Read more

He's brought Republicans together like no one else—especially this past week. The post Donald Trump: The Great Uniter appeared first on The American Conservative.
Read more

Coronavirus: NI economy ‘may suffer longer than rest of...

A report by a think tank calls on the executive to address structural weaknesses in the economy.
Read more

Life After PPP: A Small Physical-Therapy Business Goes It...

When the coronavirus hit this Spring, Atlanta-based Motion Stability owner Brian Yee relied on PPP to pay his staff of physical therapists and keep his business operating. Now his eight-week loan forgiveness period is ending as Georgia faces a surge in new Co…
Read more

"I recognize what we're asking you to do is difficult," a Student Life official wrote. "Organizations and individuals will be held accountable for their unsafe behaviors."
Read more

Mayors call on Congress to investigate use of federal...

NBC News’ Erin Mclaughlin details the fallout from the use of federal officers in Portland, Ore., as a group of mayors call on Congress to investigate.
Read more

Bipartisan GROCER Act would give tax break to frontline...

These workers have put themselves in harm’s way, day after day, to keep us all fed during the most serious crisis our nation has faced since 9/11. Many of us have been able to do most of our work from the safety of home, but the nature of these workers’ jobs …
Read more

The Department of Justice (DOJ) on Wednesday rolled out a proposal for Congress to revise the law that gives tech companies a legal liability shield for content posted by third parties.Section 230 of the Communicat...
Read more

UAE official: Israel annexation may draw calls for one...

The Taliban are warning the Afghan government against any attacks on Taliban members who are to be freed from prison in the final prisoner release under a U.S.-Taliban deal
Read more

President Trump took aim at one of his predecessor's Supreme Court picks during a press conference in India Tuesday morning, as he wraps up his trip to the country which included a visit to the Taj Mahal, a rally in front of over 110,000 people with Indian Pr…
Read more