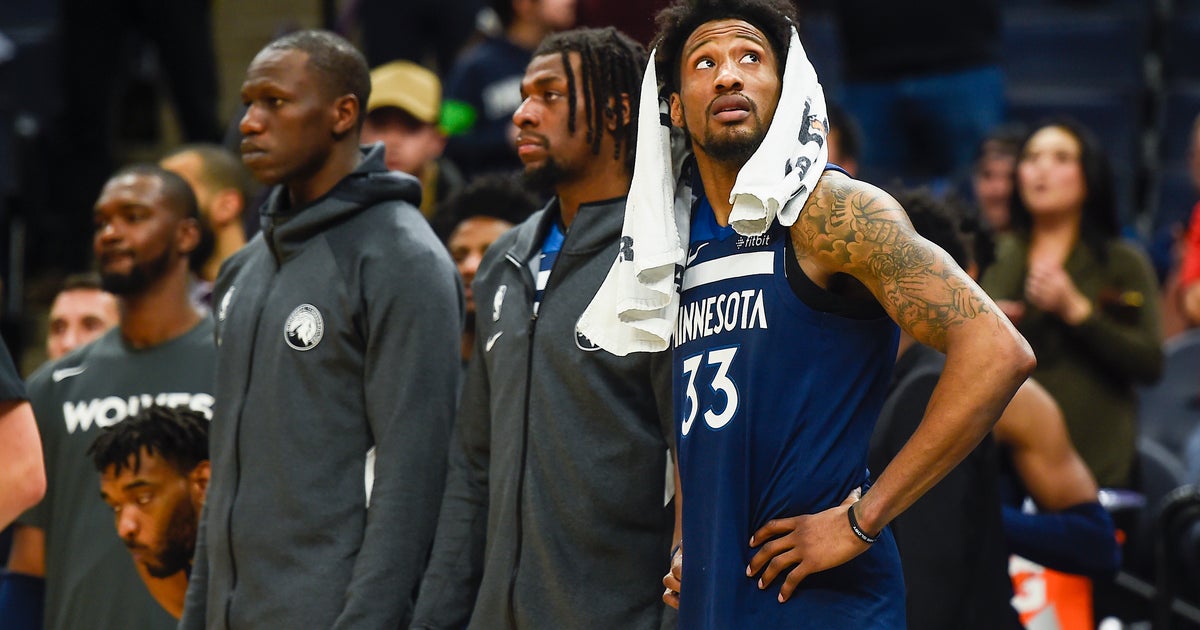 Robert Covington is going to the Houston Rockets and Clint Capela is going to the Atlanta Hawks as the headline moves in a complicated trade that was struck early Wednesday involving four teams, 12 players and at least three draft picks, according to two people familiar with the situation.

Among the key components, according to the people who spoke on condition of anonymity because the trade has not received league approval: Covington and Jordan Bell will join the Rockets from Minnesota, Capela and Nene are leaving the Rockets for the Hawks, the Timberwolves added soon-to-be restricted free agents Malik Beasley and Juancho Hernangomez from Denver and the Nuggets got Shabazz Napier from Minnesota plus a first-round pick from Houston.

ESPN and The Athletic first reported the trade, which was subsequently confirmed by other outlets, including the Houston Chronicle and Denver Post.

It was not immediately clear if a call with NBA attorneys to review and approve the trade would happen on Wednesday or Thursday. The league’s trade deadline is Thursday afternoon.

Also in the deal: Jarred Vanderbilt is leaving Denver for Minnesota, and the Timberwolves are also receiving Gerald Green from the Nuggets as well as Evan Turner from the Hawks while dealing trading Keita Bates-Diop and Noah Vonleh. Green is likely to be waived once the deal is final, and Atlanta will also have to make another move to finalize the trade since it must first clear a roster spot.

The biggest takeaway from the deal would seem to be that this commits Houston to keeping the small-ball lineup that it has employed with much success of late. Capela was the only center that the Rockets have consistently played this season — and they’re 10-1 in games without him. Houston could still look to acquire another big man for depth through another trade or potentially after a buyout, and this trade gives the Rockets some financial flexibility to do so.

Covington started his career in Houston, has become one of the NBA’s top defenders and it’s hard to envision him being anything but a strong complement alongside Rockets stars James Harden and Russell Westbrook.

Denver — currently No. 3 in the Western Conference — gets some flexibility as well, in part because it now won’t have to decide this summer what to do with Beasley and Hernangomez. The Nuggets also picked up a first-round pick for this year in the deal and that could become a chip in any other trades Denver tries to execute before the deadline.

Capela is under contract for three more seasons, and joins Atlanta’s young core of Trae Young, Kevin Huerter and John Collins. The Hawks will have cap space to use this summer, will likely have a top-five pick in this year’s draft and now have two well-regarded bigs alongside the backcourt of Young and Huerter.

Aberdeen’s Covid-19 cases: What do we know? And what happens now?

"We did not understand why the Department of Justice wasn't doing more in countering hate crimes," said Rep. Ted Lieu, who led the bipartisan effort.
Read more

Chief Justice Roberts recently spent a night in a...

Boeing on Wednesday said it slid into the red during the first quarter, with its self-inflicted 737 Max crisis now compounded by the coronavirus outbreak, which is hurting demand for airline jets
Read more

The Hollywood actor says he has no association with the cannabis companies.
Read more

President Trump's approval rating for how he has responded to the coronavirus pandemic has dropped to its lowest level, according to a new poll that comes as new cases spike nationwide and the president has spa...
Read more

The former political arm of the IRA now draws support from the economically besieged young. A risky game. The post The Rise of Sinn Fein: Ireland’s Bernie Moment appeared first on The American Conservative.
Read more

Republican National Convention may move outside amid coronavirus surge

Organizers are hoping to move the Republican National Convention to an outdoor venue as coronavirus cases surge in Florida. CBS News campaign reporters Nicole Sganga and Bo Erickson have the latest from the campaign trail.
Read more

Business groups are taking stock of what's in, and what's out, of the GOP coronavirus relief bill as they turn their focus to lobbying Democrats in an effort to retain key provisions or add others back into a f...
Read more

Surgeon general to Trump: ‘You look bada– in a...

The surgeon general and the president were participating in a roundtable with the Red Cross.
Read more

The tear gas was used again by federal agents. Mayor Ted Wheeler strongly opposes their presence but is being criticized by many sides.
Read more

Senate Majority Leader Mitch McConnell (R-Ky.) said on Wednesday that an infrastructure bill set to get a vote in the House will not be taken up in the Senate."So naturally this nonsense is not going anywhere in th...
Read more

The department noted the researchers from Arizona State University and the University of Arizona may possibly be called upon to work again in late summer or early fall ahead of the flu season.
Read more

US meat exports surge as industry struggles to meet...

U.S. meat exports are surging this spring even as the processing industry is struggling to meet domestic demand because of coronavirus outbreaks at processing plants that have sickened hundreds of workers
Read more

'Sold separately' could be the way forward for Apple earphones, starting with the iPhone 12.
Read more

The Air Force is now flying B-1B bombers and Global Hawk spy drones over the South China Sea and other areas within the Pacific theater as part of a broader strategy to sustain surveillance and deterrence missions in the region, following the increased U.S.-C…
Read more