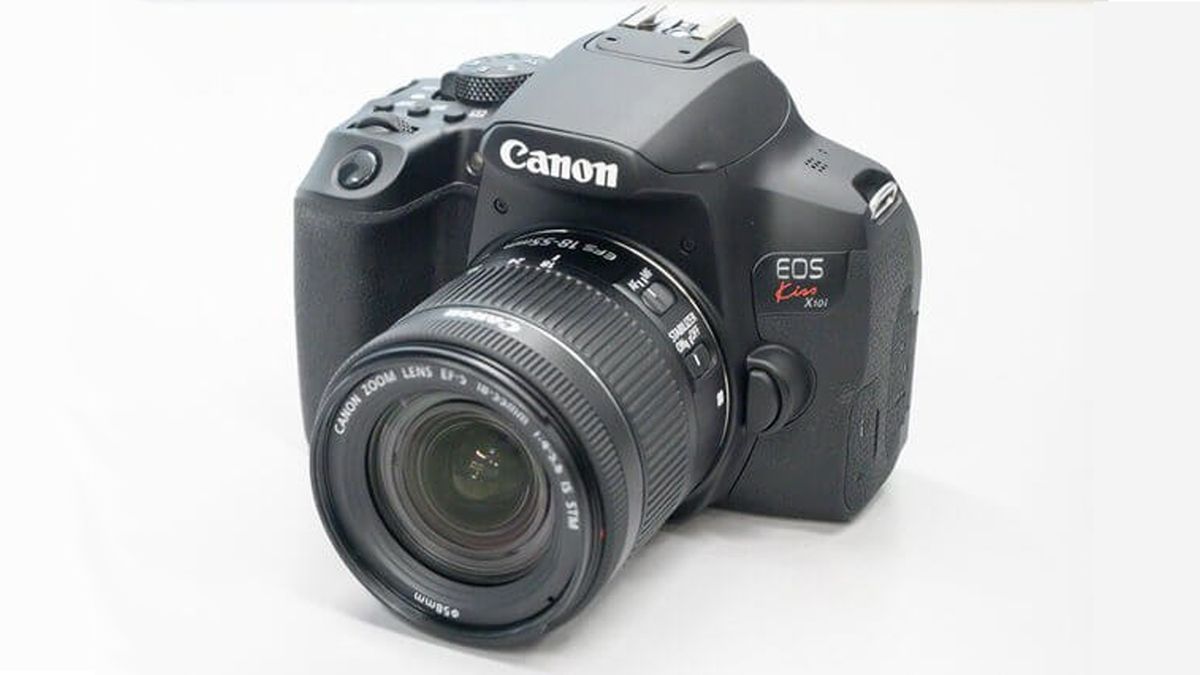 The Canon Rebel T8i (known as the EOS 850D outside the US) is preparing to follow the Nikon D780 and Canon 1DX Mark III to become the third big DSLR launch of 2020, with a host of leaked images giving us a good idea of what we can expect.

The reliable Japanese site Nokishita revealed back in January that the Rebel T8i / EOS 850D would be launched in late February at the CP+ photography trade show, and now Canon Rumors has revealed some leaked images of the DSLR from virtually every angle.

The DSLR, which will succeed the three-year-old Rebel T7i / EOS 800D, isn’t hugely different from its predecessor when it comes to design, with the new additions appearing to include an AF-On button and what appears to be a scroll wheel around the D-pad.

The photos suggest that there’ll still be the same 3-inch vari-angle touchscreen, complete with a beginner-friendly graphical interface, while the mode dial appears to have been simplified, again showing that this camera will be pitched at novices and smartphone upgraders.

If the leaks so far are correct, the Canon Rebel T8i / EOS 850D will have a slightly different 24.1MP APS-C sensor to its processor, which will be paired with a Digic 8 processor.

The lack of a Digic X processor, first seen on the 1DX Mark III, would lock it out of advanced features like ‘deep learning’ autofocus, though that’s to be expected on an entry-level DSLR.

Other rumors suggest the camera will have the same 45 cross-type AF points as before, with a slightly more powerful 7fps burst mode and the ability to shoot 4K/30p video. It’s not yet confirmed whether the 4K video will use the full width of the sensor – the Digic 8 processor should allow this, though, which would give give it an advantage over older Canon cameras like the EOS M50.

If Nokishita is correct about the launch date, we should see the Canon Rebel T8i / EOS 850D officially announced sometime around the CP+ camera show, which starts on 27 February.

We’ll bring you all of the news then, but in the meantime check out our in-depth Camera Rumors round-up for our thoughts on the other exciting releases we can expect to see in 2020.

Nibir Sarma has become the first winner of the “Jeopardy!”
Read more

Texas Bars Can Only Reopen if Owners Discourage Dancing...

Texans planning to go to bars when they reopen on Friday could be met with unfamiliar scenes as state restrictions require that establishments operate at 25 percent capacity, discourage "close contact" and not allow patrons to gather, sit or order drinks from…
Read more

A small city in Alabama has filed for bankruptcy after taking an unexpected financial hit due to the coronavirus pandemic.Fairfield, Ala., located roughly eight miles from Birmingham, filed for Chapter 9 bankruptcy...
Read more

United Airlines teams up with Clorox to launch ‘CleanPlus’...

Kentucky Gov. Andy Beshear (D) said Thursday that the state would lift its ban on travel and small gatherings on May 22, the Friday before Memorial Day, as the state eases into reopening during the coronavirus pandemic....
Read more

Fox News to host ‘America Together: Returning to Work’...

Fox News announced Wednesday it will host a virtual town hall with President Trump on Sunday night focusing on COVID-19 and the reopening of the U.S. economy.The program, "America Together: Returning to Work," will...
Read more

Xiaomi is yet to announce any timeline for an official MIUI 12 launch in India. It was just unveiled a few days back in China.
Read more

UK lawmakers set to quiz Johnson amid pressure to...

Some of the most dramatic cuts to athletics so far by an NCAA school have been made by St. Edward's University
Read more

The number of eligible Asian American voters has surged by 139 percent in the last 20 years, according to a ...
Read more

DaBaby’s On Top Of DaGame In New ‘Shut Up’ Video