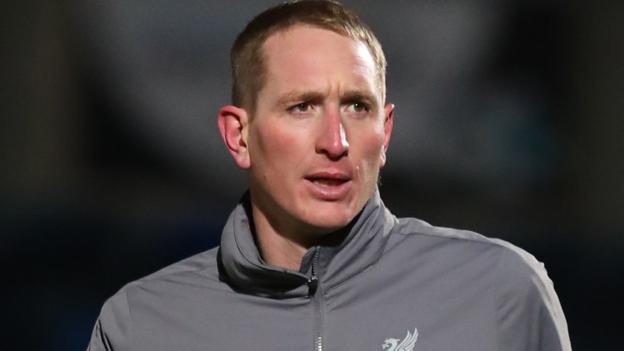 2017: ‘I was in a very dark dark place’ – Chris Kirkland on anxiety & depression

The ex-England international, 38, who has previously spoken of his own battle with depression, is concerned by the impact social media comments can have.

“People can be traced and they’ve got to make examples of these people – I’m talking jail sentences,” Kirkland said.

This weekend the first of two Heads Up Weekends will take place, encouraging people to discuss mental health issues.

A number of high-profile players, including Paul Pogba and Marcus Rashford, have been targeted for abuse on social media in recent months and Kirkland insists tougher action is needed.

“Social media, it’s poison,” he said. “You can use it for good, but unfortunately a lot of people don’t seem to realise that.

“You’ve got people going on there saying ‘I wish you were dead’, ‘I hope your kid dies of cancer’.

“I’m talking jail sentences. That’s the only way you’re going to stop it. At the minute you can put anything on.”

Acting Navy Secretary Thomas Modly resigned on Tuesday following an uproar after he scolded the former captain of the aircraft carrier the USS Theodore Roosevelt. The aircraft's crew had become stricken with the coronavirus. Guy Gets Former Navy Seal And Curr…
Read more

Who competes, beats or faces defeat compared to BT? These are the best fibre broadband deals currently available.
Read more

A plaintiff’s attorney says billionaire Alki David has been hit with more than $58 million in damages after a jury found him liable for battery, sexual battery and sexual harassment against a former employee
Read more

Trump Not Worried China's Covering Up Coronavirus Situation After Talking With President...

The Best And Worst Girl Scout Cookies, Ranked By A Panel Of...