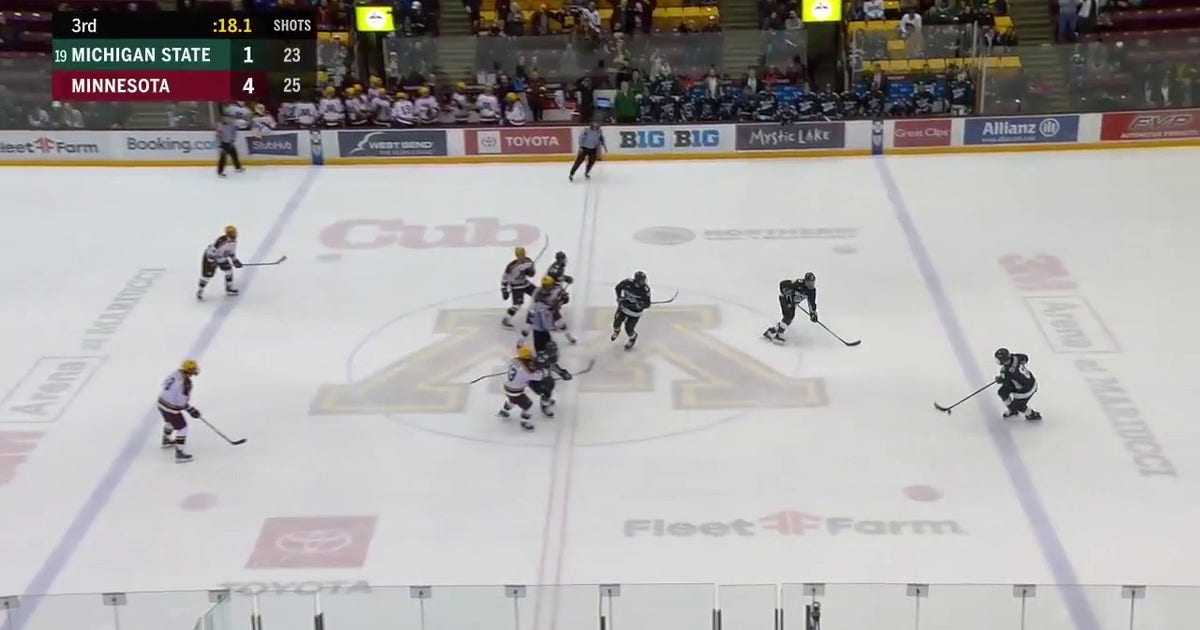 Behind three-point nights for Scott Reedy and Blake McLaughlin, Minnesota cruised to its sixth straight win in the Big Ten by topping Michigan State 4-1 at home.

The victory gave Minnesota two more points in the conference standings, propelling the Gophers for a tie with Ohio State for first place. It was McLaughlin who got the Gophers started just 71 seconds into the game with his fifth goal of the season. When Michigan State tied it at 1, Gophers forward Sampo Ranta answered in the second period to grab the lead back.

Reedy lit the lamp with 1.9 seconds to play in the second period, and the Gophers secured their sixth straight victory on Reedy’s empty-net goal in the third.

Minnesota goaltender Jared Moe stopped 22 shots for the Gophers in the win.

The Gophers will try to make it three straight series sweeps Saturday night when they take on Michigan State at 5 p.m. That game will be aired on FOX Sports North PLUS.

Are your houseplants bad for the environment?

He's brought Republicans together like no one else—especially this past week. The post Donald Trump: The Great Uniter appeared first on The American Conservative.
Read more

The Papers: Coronavirus ‘action plan’ and ‘mass testing’ in...

Mardi Gras takes place in February or March, depending on when Easter Sunday falls.
Read more

Out with the gray, in with the pink: we need more brightly-colored...