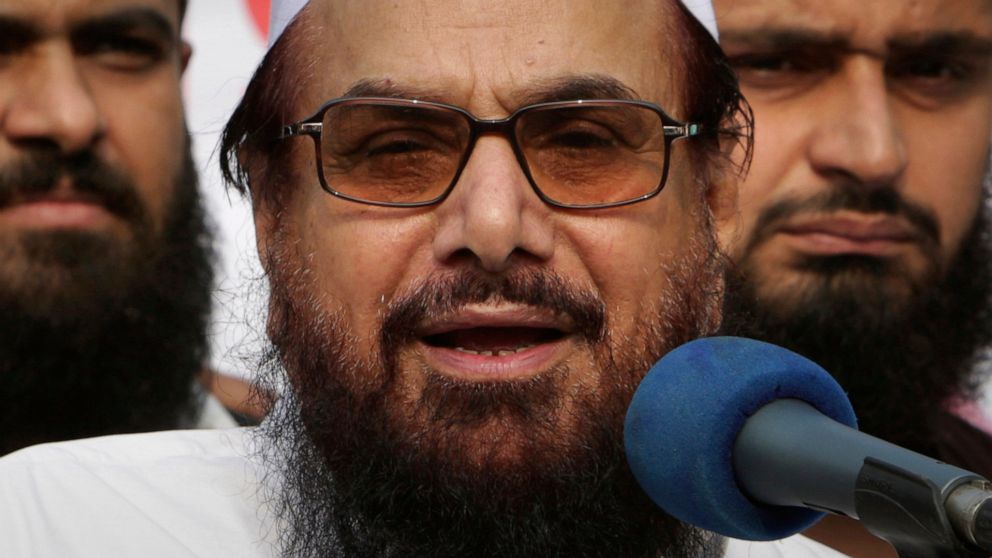 A Pakistani court on Wednesday handed down a five-year prison term to a radical cleric for terrorism financing.

Hafiz Saaed is wanted by Washington and New Delhi for his alleged role in the bloody 2008 Mumbai attacks that killed 166 people in neighboring India. The U.S. put a $10 million bounty out for his arrest.

The Pakistani court was not trying the cleric in connection with that attack, but on charges that his charity organizations, Jamaat-ud-Dawa and Falah-e-Insaniat, are fronts for funding the militant group that he founded, Lashkar-e-Taiba. India blames that group for the deadly attacks in Mumbai.

Saeed and the four other suspects were present in the courtroom in the eastern city of Lahore when the judge announced the much-awaited verdict. Saeed was given a five-year prison term on terrorism financing charges in one case, plus six months in jail in another case registered against him in the eastern Punjab province.

The sentences can be appealed. All five men pleaded not guilty during the trial, a government lawyer Abdul Rauf said.

Both India and the U.S. praised Pakistani Prime Minister Imran Khan’s government when it arrested the cleric last July on the charges of terror financing.

Khan’s government has stepped up its efforts to get Pakistan off the Financial Action Task Force’s grey list, which denotes its status as a haven for money laundering.

There was no immediate comment from New Delhi over the cleric’s conviction and sentencing on Wednesday. India wants to try Saeed in its own courts for the 2008 killings in Mumbai and says Pakistan should share evidence to help with the cleric’s prosecution there.

Saeed has never been charged over the attacks in Pakistani courts, despite pressure from India.

Neighbors Pakistan and India are often locked in diplomatic spats. These usually center on their rival claims to the Himalayan region of Kashmir which is divided between them. India also accuses its neighbor of lax efforts in stopping militants from crossing over the border into its territory.

Shai Gilgeous-Alexander scored a career-high 32 points, and the Thunder rolled past the Phoenix Suns 126-108.
Read more

The duo from Australia has been perfecting their blend of romantic ballads and rock for more than four decades, with a gift for making love out of nothing at all
Read more