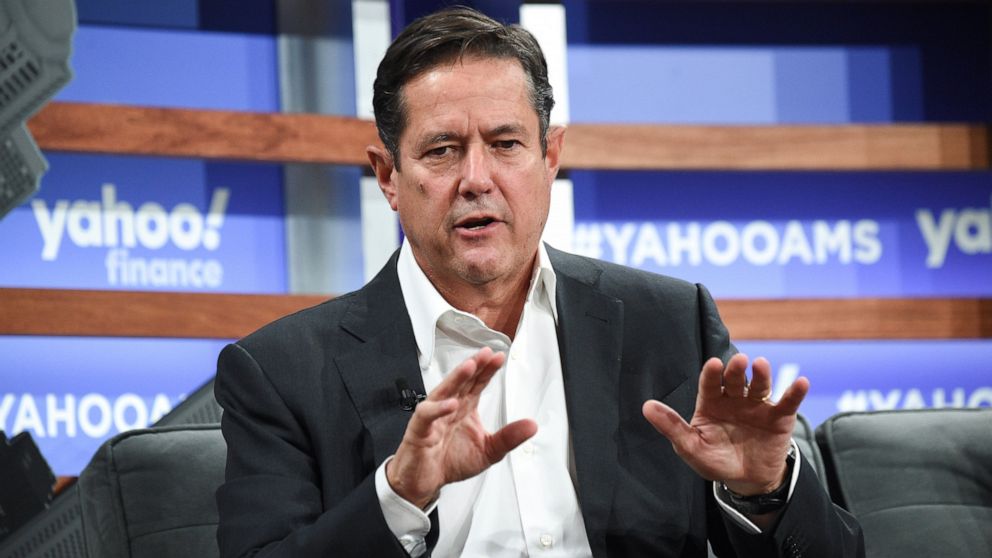 The two men were acquainted when Staley ran the private bank division of JP Morgan before joining Barclays.

In a statement to the London Stock Exchange, Barclays said that as has been widely reported, earlier in his career Mr. Staley developed a professional relationship with Mr. Epstein. The bank said Staley had had no contact with Epstein after joining Barclays in December 2015.

Barclays said the Financial Conduct Authority had asked about the relationship, and the company had responded.

But it said the FCA and the Prudential Regulation Authority were now investigating Mr. Staleys characterisation to the company of his relationship with Mr. Epstein and the subsequent description of that relationship in the company’s response to the FCA.”

Epstein died in a New York jail in August while he was awaiting trial on sex trafficking charges. U.S. authorities ruled the death a suicide.

We are Republicans and Democrats. Vote By Mail Is...

Voters should not have to choose between their health and participating in democracy.
Read more

From footballer to Netflix superstar: How Jesus Mosquera became...

Hugo Beltran has been on screen for less than two minutes but already he's down to only some skimpy underwear, his chiseled abs rippling as he gyrates on stage for scores of delighted women.
Read more

The department’s Public Integrity Section, which has a mixed record in complex corruption prosecutions, is looking at whether senators broke the law with coronavirus-related stock trades.
Read more

The House on Thursday approved a bill that would ban Transportation Security Agency (TSA) officials from downloading social media app TikTok onto government-issued devices.The ban was approved as...
Read more

Applying lessons from 9/11 to coronavirus pandemic

Experts say lessons learned from the September 11 terror attacks can help the U.S. better tackle the coronavirus pandemic. Lila Nordstrom, 9/11 survivor advocate, joined CBSN to discuss some of those lessons and how they can be applied to COVID-19.
Read more

Tributes to the entertainers and artists who died from...

To honor some the creative forces who have died due to Covid-19, CNN turned to those who knew them, loved them and were deeply affected by the work that defined their legacies.
Read more

Officials in Montgomery County, Ala., say that thousands of medical masks that the county received from the national stockpile last week were ro...
Read more

‘The Voice’ Coaches Nailed ‘Let My Love Open The...

"Let My Love Open the Door" was originally written and performed by Pete Townshend. It was the feature single from his 1980 album "Empty Glass."
Read more

Aarogya Setu , the controversial but hugely popular coronavirus tracking app from the Indian government, will be shortly available for Jio Phones.
Read more