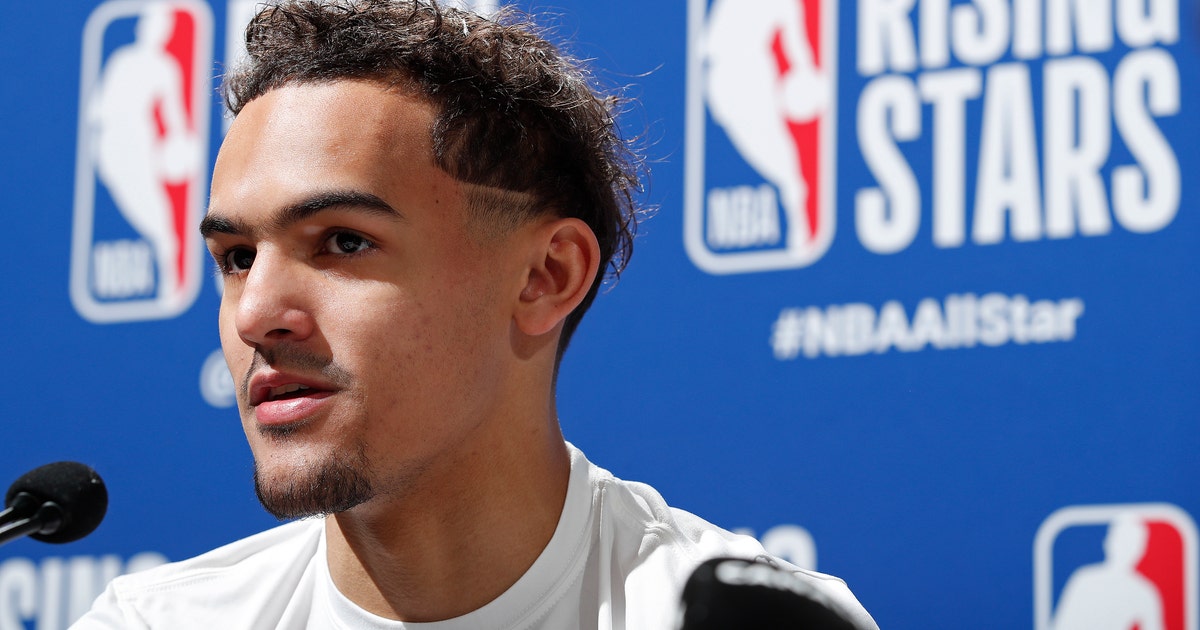 NBA All-Star Weekend is one of the key dates on the NBA’s calendar every year.

However, this season’s All-Star Weekend carries even more significance than usual, with special tributes planned to honor the late Kobe Bryant and his daughter, Gianna.

The All-Star jerseys will also include tributes to the seven other victims of a fatal Jan. 26 helicopter crash, as well as former NBA commissioner David Stern, who passed away on Jan. 1.

Lastly, the game will include a new fourth quarter format, dedicated to Kobe.

THIS JUST IN: Sunday’s NBA All-Star Game will go commercial-free in the fourth quarter when the clock will turn off and the teams will battle for a set score 24 points more than the leading team has at the end of three quarters in honor of Kobe Bryant. pic.twitter.com/Cg8bnzmIYc

At Rising Stars Media Day on Friday, a few of the young NBA greats shared some poignant thoughts about Kobe.

“He just wanted me to continue to be a great role model for the younger kids, especially his daughter.”@TheTraeYoung shares his last conversation with Kobe Bryant. #NBAAllStarpic.twitter.com/OjDNYVeOqi

I was just told Trae Young was Gianna Bryants (#KobeBryant daughter) favorite player. Its why of the 3 NBA games Kobe went to this year 2 featured the #Hawkshttps://t.co/a3aLTzHV7y

Rising Star and All-Star Luka Doncic spoke about the inspiration that Kobe provided.

“Not just in basketball, he inspired a lot of people in the world.”@luka7doncic reflects on what Kobe meant to him. #NBAAllStarpic.twitter.com/ljNVcFHJk4

Doncic shared a special moment with Kobe at the Mavericks-Lakers game on Dec. 29 at STAPLES Center.

Mavericks Luka Doncic on meeting w/ Lakers legend Kobe Bryant: He was talking Slovenian. He was talking my language. I was really surprised. pic.twitter.com/IE9sLtZ2TZ

He even got to take a few flicks with Gianna after the game.

Ja Morant, Zion Williamson and others also shared their thoughts on Kobe and his legacy on Friday.

Some of the league’s youngest stars took time to reflect on Kobe Bryant’s legacy. #NBAAllStarpic.twitter.com/PkzwRSpvtm

Kobe’s influence reached well beyond basketball, and two of the world’s greatest golfers honored Bryant this week as well.

We’re looking forward to all of the special Kobe tributes this weekend.

Loeffler traded $1.4M in stocks as Congress responded to...

Sen. Kelly Loeffler (R-Ga.) and her husband bought and sold about $1.4 million in stocks between mid-February and mid-March as U.S. policymakers scrambled to respond to the coronavirus pandemic.A summary of the cou...
Read more

Nearly 20 years after wearing the iconic green Versace dress, Jennifer Lopez is reuniting with the fashion brand as the face of its 2020 campaign.
Read more

Google Earth just got far more impressive on your...

The South Korean girl band have made a comeback with their new album #, featuring their latest single "So What" and a new music.
Read more

Of the 10 main royal families in Europe, nine still receive public funding for carrying out their duties -- the only exception being the Princely House of Liechtenstein, which doesn't get any taxpayer money to cover its expenses.
Read more

The Huawei Mate Xs is already sold out in...

Hill, Sorenson latest underdogs to give Daytona 500 a shot

Michael Avenatti found guilty on all counts in extortion trial