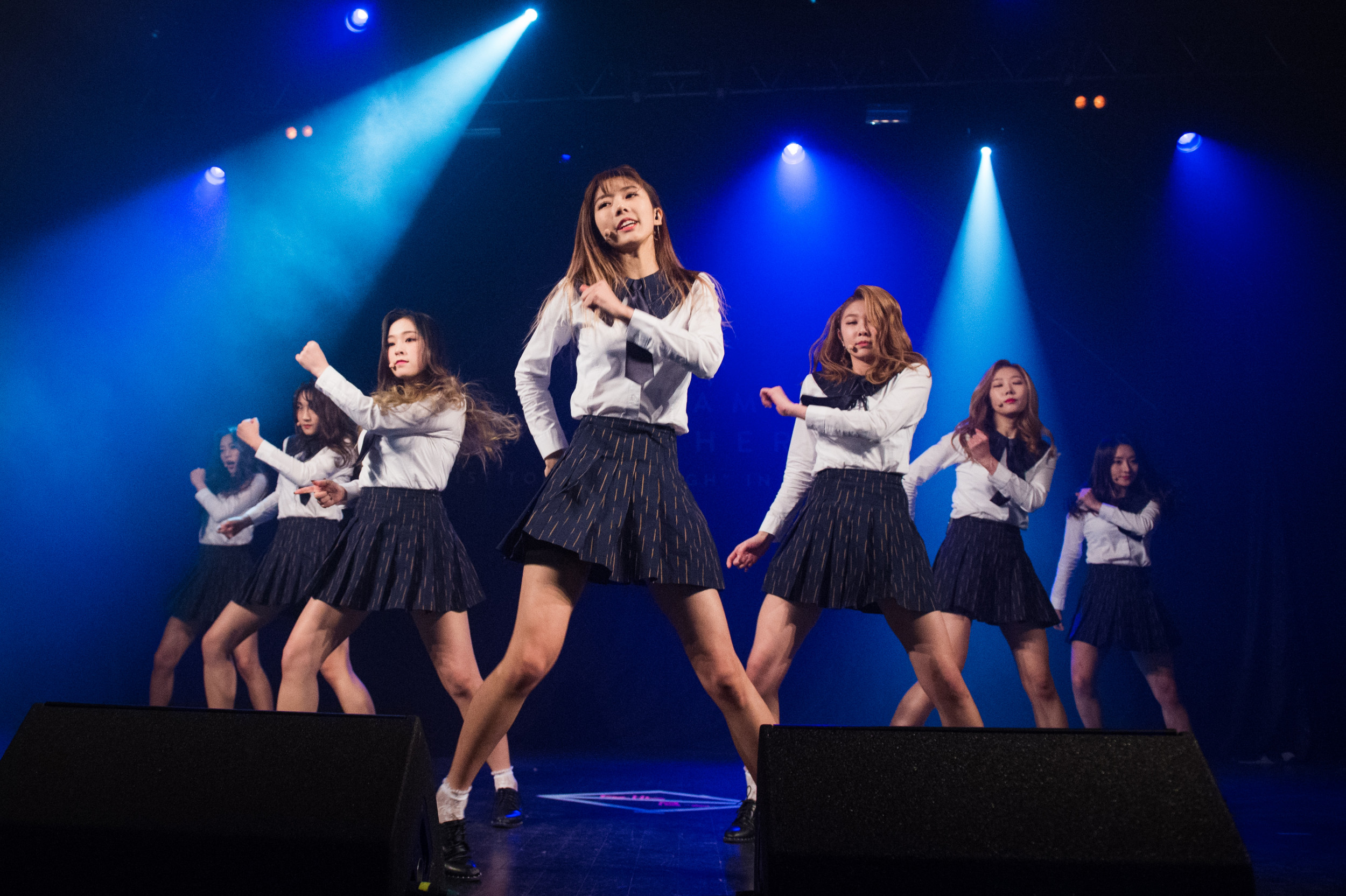 The new album features 14 tracksincluding the previously released “Paradise,” a solo single released by Dreamcatcher member Siyeon. The song entered Billboard’s World Digital Song Sales chart earlier this month at No. 10, making it the highest-charting debut single from a solo K-pop star since AleXa’s “Bomb” debuted last year at No. 7 in the same chart.

The South Korean girl band’s lead single “Scream” was unveiled with a music video that has an ethereal, fairy tale, magical feel, opening with an image of a tree against a bright blue sky and a misty mountain backdrop.

Dreamcatcher’s previous music videos have been equally evocative. Last February, Dreamcatcher released a fourth EP The End of Nightmare, with the title track “Piri.” The music video for the song features a bleeding ram’s horn.

Both the new single and music video have been praised by fans who have taken to social media to share their impressions using the hashtag #DreamcatcherSCREAM, which has been top-trending on Twitter, along with several other related terms and hashtags.

“I absolutely LOVE how Dreamcatcher tried this quite popular genre (kinda girl crush/powerful sound) while keeping their own unique style!! I hope they’ll get the success they deserve with this comeback #DreamcatcherSCREAM,” wrote @lunaeilee.

“okay but it goes so hard i really got goosebumps, the chants in the 1st and 3rd chorus adds so much and their voices sound amazing.. i’m kind of blown away #Dystopia_The_Tree_of_Language #DreamcatcherSCREAM @hf_dreamcatcher,” wrote @neogroovee.

Full track list for Dystopia: The Tree of Language

Fear and misinformation fuel worldwide attacks attacks against health workers who are risking their lives to save their fellow human beings from disease.
Read more

‘This Is Insane’: True Life To Explore Stories Of...

A federal judge ordered former Trump fixer and confidant Michael Cohen released to home confinement, agreeing he was wrongly sent back to prison after making public statements critical of the president.
Read more

Coronavirus: NHS will get whatever it needs, says chancellor

The chancellor says he is also considering more support for businesses and individuals in an epidemic.
Read more

Dr. David Nabarro, a special envoy of the WHO Director General on COVID-19 and a medical doctor with a long history of battling global viruses, joins CBS News' Pamela Falk to say it's "bizarre" that the U.S. would threaten to defund the health organization du…
Read more

Pair married for more than 70 years reunited after...

Mary Humphreys, 88, is now at home with her husband David after the couple were apart for weeks.
Read more

Rep. John Lewis' funeral is being held in Atlanta today, and Former President Barack Obama will deliver a eulogy. Follow here for the latest.
Read more

Minnesota Gov. Tim Walz said Saturday that he would fully mobilize the Minnesota National Guard for the first time since World War II to bring an end to the "wonton destruction" caused in the protests after the death of George Floyd.
Read more

Queen guitarist Brian May says he recently had three stents put in after experiencing “a small heart attack.”
Read more

Ohio State star quarterback Justin Fields talked about his goals for the upcoming 2020 college football season during a meeting with the media via teleconference.
Read more

Magnus Carlsen: ‘My emotions are usually outside my body...

Greatness cannot be achieved without sacrifice. While it is the fire that burns inside that fuels the brilliance, the pursuit for perfection can also torment, turning relationships to ashes and niggling at the soul. The gifted can be loved and disliked. They …
Read more

Nearly half of employees have made a mistake that...

New research from Tessian highlights the dangers that mistakes at work can have on organizations and their employees.
Read more

HBO Max chief on launching the new service during...

Minnesota Twins superstar Miguel Sanó told a Dominican Republic newspaper that he’s being blackmailed, and being accused of kidnapping and assault.
Read more

The European Commission's president says that planned cuts in the next long-term budget of the 27-nation bloc are a “difficult pill to swallow.”
Read more

China uses new and renovated buildings in Africa for...

As tensions with Beijing continue to hit the headlines amid the fallout over its handling of the coronavirus, a new report by the Heritage Foundation sheds light on the alleged nefarious movements of the Chinese Communist Party (CCP) across the continent of A…
Read more

Another 1.4 million Americans have filed for first-time unemployment benefits last week, according to the Department of Labor.
Read more

Browns center JC Tretter is cautiously optimistic the NFL season — at least some version of it — will take place in 2020. He's just not certain when it will start.
Read more

President Trump will meet with Polish President Andrzej Duda later this month at the White House, marking the first official visit from a foreign leader in over three months during the coronavirus pandemic.White Ho...
Read more

Stuart Broad's six wickets leave England on the verge of a series victory over West Indies on the third day of the deciding Test at Emirates Old Trafford.
Read more

After another season of slapstick in Scotland, Tom English picks out his favourite moments of daftness from the campaign.
Read more

A majority of Republicans support requiring people to wear face masks when outside the home, according to a new survey from the Associated Press-NORC Center for Public Affairs Research. ...
Read more

Microsoft Edge is about to get a whole lot faster – so...