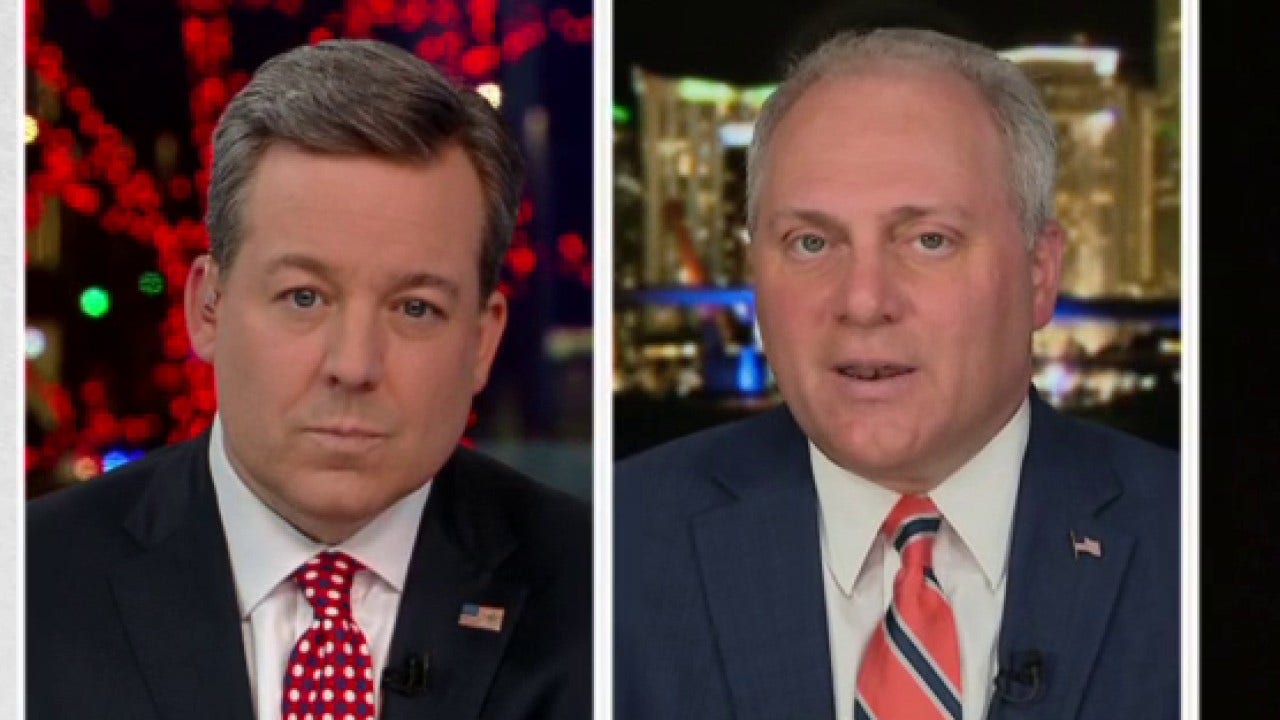 House Minority Whip Steve Scalise reacted Monday to reports that Democrats are considering another investigation involving President Trump, this time in regard to his tweet about Republican consultant Roger Stone’s sentence.

Attorney General William Barr called for a reduction in the initially recommended sentence for Stone, who was convicted of lying to Congress and intimidating a witness, around the same time the president tweeted a criticism of the longer sentence.

House Speaker Nancy Pelosi, D-Calif., claimed Trump was acting “above the law” and “trying to manipulate” federal law enforcement for his own political interests.

“The Story” host Ed Henry noted to Scalise, R-La., that he predicted calls for investigations into the president would continue into the election, despite the president’s acquittal on impeachment charges.

“[T]hey are the party of impeachment. The Democrats have been talking about this since the day the president and Melania Trump came down that escalator, and said they would impeach him them. They didn’t think he was going to be elected president,” Scalise said.

“The FBI had people embedded within, trying to stop him from getting elected — and that’s where the investigation, by the way, ought to be, if Pelosi really cared about uncovering anything.”

Scalise added that when observers listened to the San Francisco Democrat discuss impeachment and the president, she sounded like she held a grudge against him.

While on a trip to Munich, Germany, Pelosi told CNN last week that Trump was “not vindicated.”

“[W]hen you watch it, it’s like the personal vendetta comes out — we should be putting our personal differences on the side. You should fight passionately for things you believe in but you should not make things personal, and clearly she’s crossed that line,” he said.

During an interview with CNN last Wednesday, Rep. Eric Swalwell, D-Calif., was asked whether Democrats would look to launch a new impeachment inquiry on the new controversy.

“You know, we’re not going to take our options off the table,” Swalwell, a member of the House Judiciary and Intelligence Committees, told CNN. “We don’t wake up in the morning wanting to impeach him.”

He added: “We want to work with him on prescription drugs, background checks and infrastructure, but we’re not going to let him just torch this democracy because he thinks that he’s been let off once and we’re not going to do something about it.”

CNN anchor Chris Cuomo referred to President Trump as "Dirty Donald" on his show Friday night and sought to promote the hashtag on Twitter while criticizing Republicans' handling of the impeachment process.Cuomo pa...
Read more

A new study from Mount Sinai found that the New York cases of COVID-19 originated from Europe.
Read more

More than two hours of social media use per day is associated with higher rates of depression and suicidal thoughts in girls.
Read more

1 in 4 American workers have filed for unemployment...

More than 40 million Americans have filed for first-time unemployment benefits since the coronavirus pandemic forced the US economy to shut down in March. Nearly one in four American workers has filed for unemployment insurance.
Read more

Women’s soccer league to return to play next month...

The National Women’s Soccer League will resume play in June, playing 25 games in two Utah stadiums without spectators.The league announced Wednesday that players from the nine teams will train and lodge in two hotels in the Salt Lake City area, and...
Read more

Massive savings: save an astonishing AU$652 on the Google Pixel 3