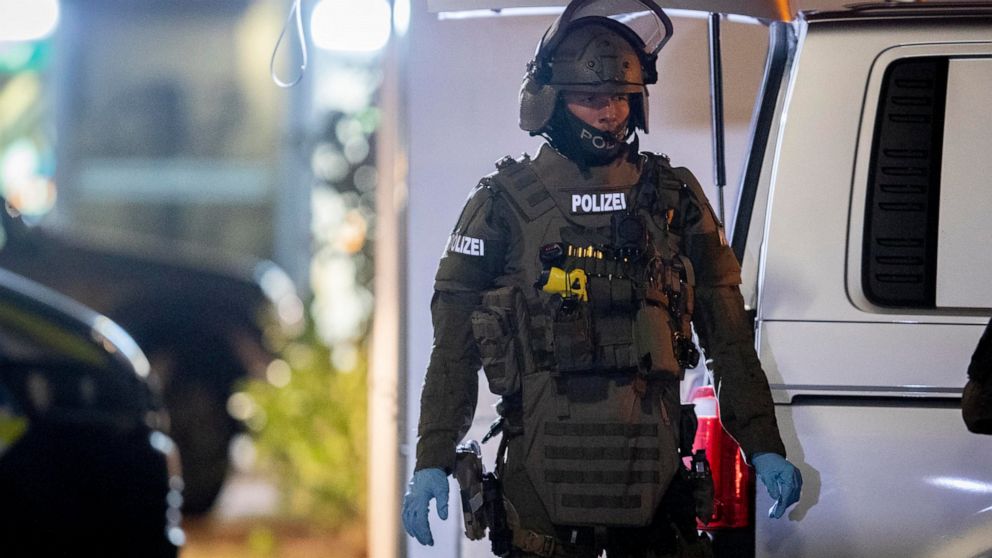 Federal prosecutors say they are taking charge of the investigating into a mass shooting in the German city of Hanau that left 11 people dead, including the suspect.

The move comes amid German media reports that an online video linked to the suspect indicated he may have had a far-right motive.

Nine people were killed at two hookah bars overnight. Police later said they found the suspected shooter and another person at a house not far from the second bar.

The Federal Prosecutors Office in Karlsruhe, which handles serious crimes, said it planned to hold a news conference later Thursday.

How TechRadar reviews, tests and ranks laptops and desktops

In the pursuit of providing our readers the most comprehensive computing reviews, here's how we evaluate and test computing devices.
Read more

The Mafia Trilogy will bring open world classics to...

The Mafia trilogy of games brings three games (two of them great) to consoles this summer.
Read more

The Apple-Google design has been promoted as being more privacy-centric.
Read more

A voter registration group is sending hundreds of thousands of mail-in and absentee ballots to voters in states that do not automatically mail the ballot applications themselves.
Read more

A New York nanny wants to work but doesn't "want to risk exposing myself to the virus and exposing my children."
Read more

More details are coming to light about Prince Harry and Meghan Markle's departure as senior members of the royal family -- and a majority point to a particular bitterness between the Duchess of Sussex and her sister-in-law, Kate Middleton, Duchess of Cambridg…
Read more

California set a new high for daily coronavirus cases and surpassed the total number in New York, the state that was once at the epicenter of the global pandemic. Also, President Trump announced a surge of federal agents into what he calls "radical left" citi…
Read more

At least nine states have reported more than 10,000 confirmed cases, including in New York, the worst-hit state in the country.
Read more

The young triathlete took her own life after lodging complaints over alleged abuse from coaching staff.
Read more

European football: Pick your best XI from the champions...

Many Social Security beneficiaries have already received economic impact payments issued under the CARES Act. Officials recently said those who have not can expect to receive theirs in late May or early June.
Read more

Some Social Security recipients to get stimulus checks today

Americans who get supplemental income set to get the money by direct deposit, while checks go out on Friday.
Read more

Six men in Italy were fined Sunday after patrol officers spotted them going full nude on the shore of a lake, according to reports.
Read more

It will be a humid evening with scattered to widespread showers and storms.
Read more

Book excerpt: John Dickerson’s “The Hardest Job In the...

The "60 Minutes" correspondent's new book looks at the responsibilities of the presidency, and how the role of chief executive has evolved according to the men who met – or did not meet – the challenges of the office
Read more

Wear a mask, hit the slots: An Idaho casino...

After being closed for more than a month, the Couer d’Alene Casino Resort Hotel re-opened on April 27 and it’s operations look very different.
Read more

The Supreme Court just jumped into the political deep...

On the same day that a Democratic-led US House committee voted for articles of impeachment against President Donald Trump, the Supreme Court made its own momentous decision to intervene in Trump's effort to keep his tax returns and other financial records sec…
Read more

To fight racism in the workplace, we need to...

The Australian indie “Dirt Music" is a sprawling story about a small fishing town, an affair and the dark secrets that tie everyone together, based on a popular 2001 novel
Read more

The Justice Department sided with the state of Ohio Wednesday on its legislation that outlaws physicians from performing abortions based on a diagnosis of Down syndrome.In its filing, the federal government stated:...
Read more

Mississippi man accused of killing 8 tears up during trial