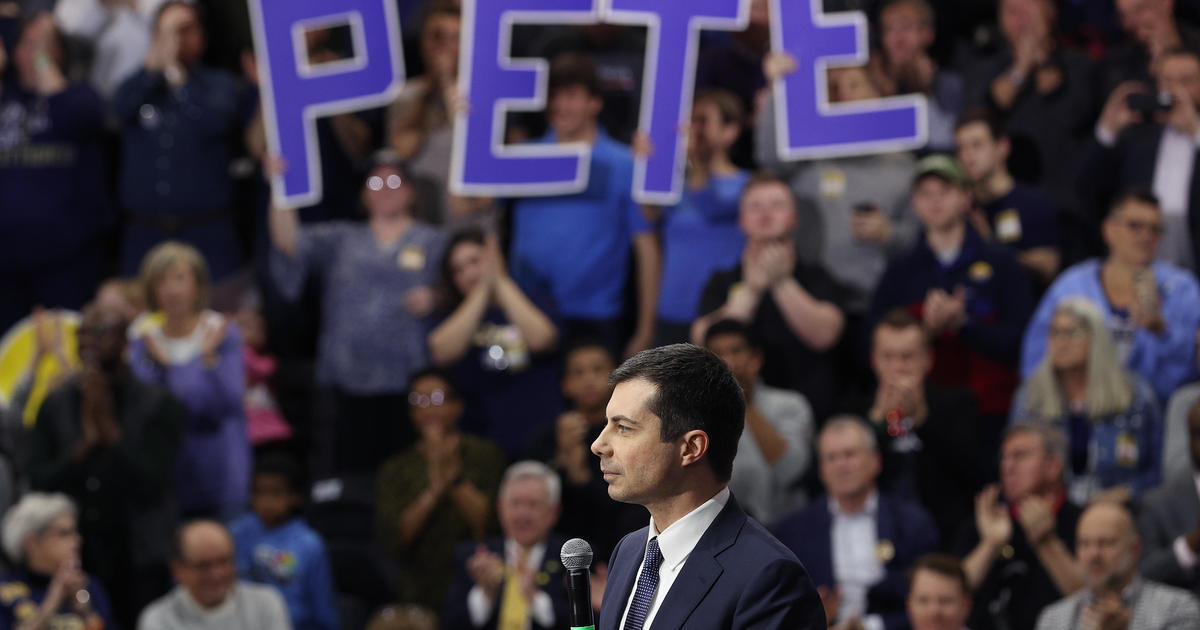 Pete Buttigieg, the 38-year-old former mayor of South Bend, Indiana, who skyrocketed to be a top contender in the Democratic race, is dropping out, three aides to his campaign confirmed to CBS News on Sunday. Buttigieg won the most delegates in the Iowa caucuses and then came in second in the New Hampshire primary, but struggled to come up with a path forward after losses in Nevada and South Carolina.

This is a breaking story. It will be updated.

The latest coronavirus testing in the English Football League returns no positive results for the second week running.
Read more

President Trump said he is canceling the Jacksonville, Fla., portion of the coming Republican National Convention due to safety concerns over the increasing coronavirus cases in the state. Photo: Drew Angerer/Getty Images
Read more

Paulina Porizkova might be feeling the beach blues while in quarantine.
Read more

Former President Barack Obama wrote a post on Medium about how to use the moment of the George Floyd protests to make "real change."
Read more

“Memphis Loud” was tracked live in the studio by Victor Wainwright and the Train, creating a vibe suitable for an afternoon at a summer festival
Read more

Democrats call for special prosecutor to investigate clearing of...

Over 80 House Democrats on Thursday called for the Justice Department to appoint a special prosecutor to investigate an incident in which law enforcement broke up a peaceful protest outside the White House.
Read more

Jobless claims up for first time in months as...

Samsung’s Galaxy S10e is down to an all-time low...

Need a new smartphone? Amazon is phoning in a deal on a Samsung phone for one day only: The Galaxy S10e is on sale for $499 — that's $200 off of the normal price, and an all-time low price on this particular smartphone.
Read more

After Li Jingzhi's son went missing in 1988 she dedicated her life to searching for him. He was found in May this year.
Read more

"World War Z" author Max Brooks had a sobering message to scientists and a call to action to Hollywood, saying the two need to work together in order to break through to the public on how to deal with the coronavirus pandemic.
Read more

Bournemouth boss Eddie Howe admits it was "small margins" over the season that cost his side as their relegation to the Championship was confirmed despite a 3-1 win at Everton.
Read more

Dan Evans: British number one says he was ‘disgusted’...

British number one Dan Evans admits he was "disgusted" with himself during his 12-month drugs ban.
Read more

For imperiled airlines, it keeps getting worse

The artificial intelligence investment the government must make

No White House coronavirus task force members are currently expected to join President Donald Trump at his Tuesday evening briefing on the administration's response to the virus, a person familiar with the plan told CNN but cautioned that could change.
Read more

"I knew I loved you the moment I met you," the pop star wrote to her new fiancé. "I've never felt so unconditionally loved by someone in my life."
Read more

Brazil’s Bolsonaro Expands Use of Controversial Hydroxychloroquine After Daily...

Brazil has the third-highest number of confirmed coronavirus cases of any nation, and its daily death toll hit a record high of 1,179.
Read more