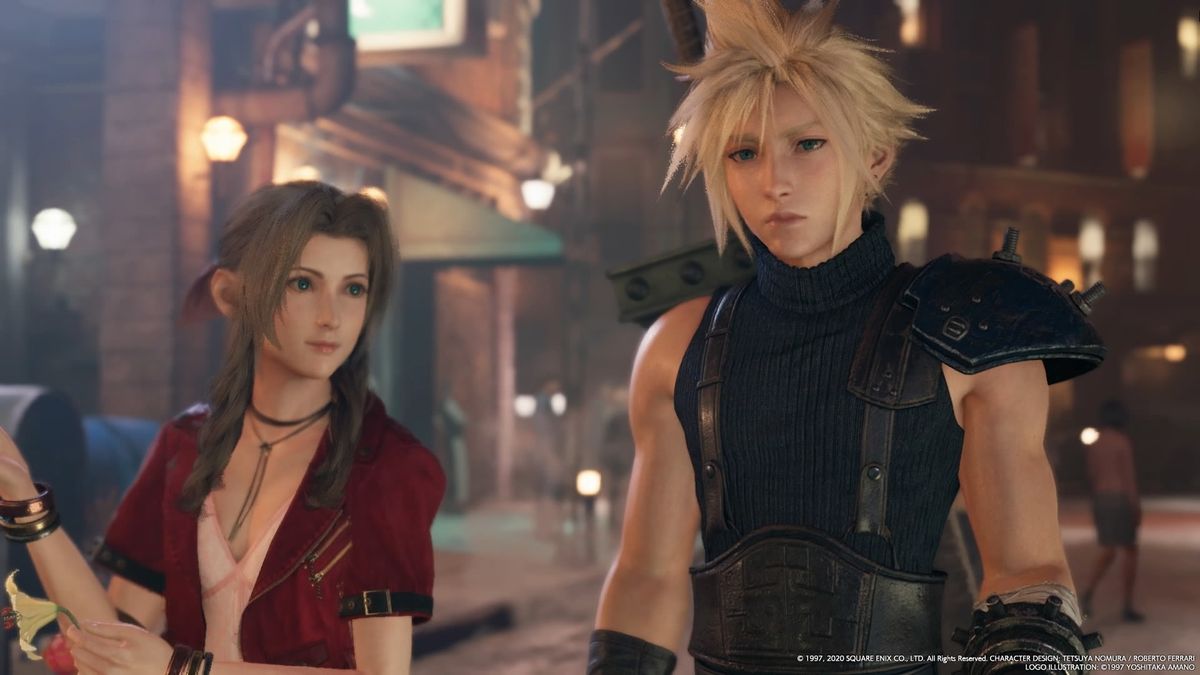 If you’ve been hankering after the Final Fantasy 7 Remake, you’re not the only one. First announced back at E3 2015, this recreation of one of Square Enix’s most beloved titles has been at the forefront of many gamer’s minds for years.

And now, the game is actually finished.

Speaking to Japanese gaming site 4Gamer, game director Tetsuya Nomura confirmed that the remake had wrapped up production, and was now working on final improvements and fixes before the game’s planned April 2020 release.

We had some time to improve the quality of the final product,” he said, “but we have already mastered it, so there is no further delay,

The news will likely be reassuring to many, given the slow development behind the game: despite gameplay footage being shown off back in 2015, there were years of relative silence between that and the more recent flurry of announcements in 2019.

The initial March 3 release date was postponed until April 10, and the game’s history has meant that not all of us were convinced there wouldn’t be further delays.

For those who had been hoping to play the game in March, you’ll still be able to. A three-hour demo has landed on PS4, giving you a taste of the current-gen gameplay before the rest of the game is available in mid-April.

We had some mixed feelings about how Final Fantasy 7’s “classic” gameplay help up by modern standards, but by all accounts this is going to be one of 2020’s most notable PS4 games and likely PC and Xbox One games in 2021, when Sony’s timed exclusivity window lapses.

Additional benefits could be exhausted within six weeks, while some workers could receive less than $400 per week.
Read more

A family in New Hampshire shared a photo on Facebook of the unique way a nursing team offered condolences to them after they were notified about their father's death from coronavirus.Angela Daneault, whose father d...
Read more

How to Protect the Data on Your Laptop

Your laptop is a treasure trove of personal and sensitive information—make sure it's as secure as it can be.
Read more

OPINION: Amazing Stories is a boring anthology with a soft heart and weak premise
Read more

Used iPhones: A guide on where and how to...

Its no secret: Breaking or losing an iPhone is a real bummer. Theyve become cultural icons in their own right, but also might...
Read more

With many people in England unable to book COVID-19 tests, private clinics offering them have seen a "spike" in demand, with tests costing patients as much as £350 ($450) and earning private doctors, in some cases, millions in revenue.
Read more

Carville repeats prediction that Trump will drop out of...

James Carville told MSNBC on Thursday that he believes there's a "significant chance" that President Trump will drop out of the presidential race against presumptive Democratic nominee Joe Biden."I think there is a...
Read more

Chelsea forward Bethany England extends her contract with the Women's Super League champions until the end of the 2023-24 season.
Read more

The video call app allowed some patients to see recordings of others' sessions with medics.
Read more

Welsh ministers were criticised for saying there was "no value" in testing all residents and staff.
Read more

Lady Gaga’s ‘Chromatica’ is a glitter-dusted promise of escape...

Ohio man in custody after kneeling on crying White...

An Ohio man who was out on parole has been thrown in jail and awaits new felony charges after a photo circulated on social media showed him with his knee to the neck of a crying white two-year-old boy alongside a message referencing Black Lives Matter.
Read more

President Trump is escalating his fight with city leaders as he looks to send federal law enforcement agents beyond Portland, Ore., and into Chicago and other U.S. cities.Trump on Wednesday announced that the Justice Department’s “Operation Legend...
Read more

Even as the pandemic threatens to overrun the U.S., investors are betting on a swift economic rebound.
Read more

The first night of the 2020 Democratic National Convention drew about 18.7 million Americans on television, a significant drop-off from four years ago.
Read more

The following is a transcript of an interview with House Speaker Nancy Pelosi that aired Sunday, July 26, 2020, on "Face the Nation."
Read more

The government of Brazilian President Jair Bolsonaro has complied with a court order to resume publication of full data on the coronavirus pandemic, including the cumulative death toll from COVID-19
Read more

The government instead unveils softer measures, in what is seen as a climbdown by the authorities.
Read more

“I have a toddler here who's 1, she has breathing problems. ...And my oldest daughter, she was diagnosed with a rare type of cancer years ago. So, I've been out of work since April 20.”
Read more

Seattle opts for experience over projects in draft class

In Russia, portraying women’s bodies can get you arrested

Yulia Tsvetkova is unsure about her future. She has been criminally charged with the "production and dissemination of pornographic materials," after sharing stylized drawings of vaginas on social media. The resident of a remote city in Russia's Far East, she …
Read more

The suit seeks to block the Education Department's new Title IX provisions before they go into effect in mid-August.
Read more

It will be a humid evening with scattered to widespread showers and storms.
Read more

Tuberville has double-digit lead over Sessions in Alabama GOP...

President Trump hammered House Democrats over their push this week to undo his signature travel ban, casting the move as evidence that the party is lurching to the left."The Democrats in the House are trying to und...
Read more