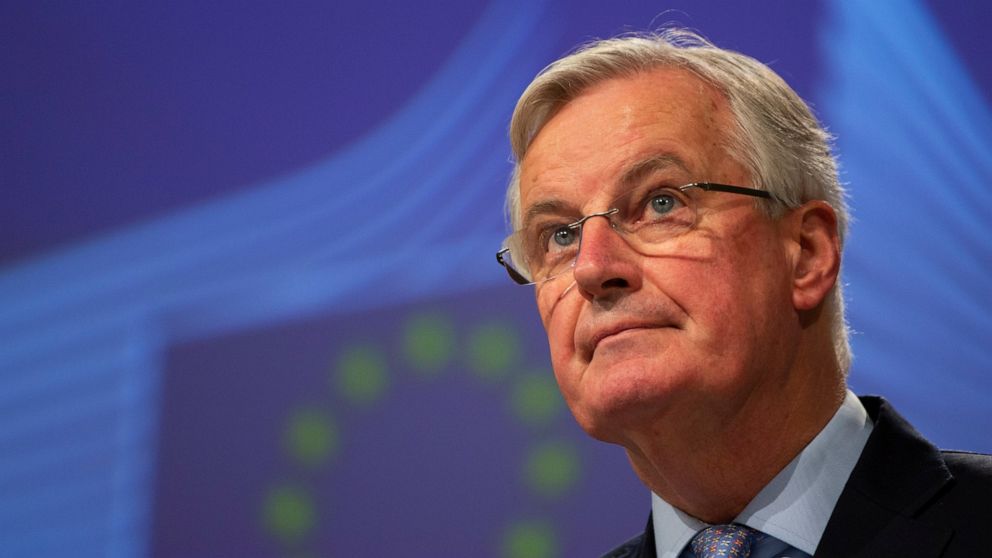 The EU’s chief negotiator in trade talks with former member Britain warned Thursday of serious divergences” between the two sides after the conclusion of the first round of negotiations.

Our differences come as no surprise,” Barnier said. Especially after only one round of negotiations. But some are very, very difficult.”

Britain left the EU on Jan. 31, the first country ever to do so. This week’s talks marked the start of a process aimed at securing new commercial, fishing and other ties with the worlds biggest trading bloc.

Under the divorce agreement signed last year, Britain must decide by June 30 whether it wants to extend a transition period that is aimed at smoothing its departure from the bloc, of which it was a member of for 47 years.

Barnier said the changes that will come at the end of the transition period are being underestimated,” and warned that it won’t be business as usual” as new customs arrangements, for example, come into force.

During the transition, Britain remains within the EU’s economic orbit, including its single market for trade in goods and services, even though it has left its political institutions.

British Prime Minister Boris Johnson has insisted that he won’t agree to extend the transition period beyond the end of this year. That means that if the two sides can’t strike a deal by Dec. 31, Britain and the EU will then trade on terms outlined by the World Trade Organization, which would see tariffs and other restrictions imposed.

As expected, discussions on future fishing rights have proved difficult. Johnson says Brexit means that Britain takes control of its waters. The EU, meanwhile, wants to make sure its fishing fleets still have access to British waters, in much the same way as they do now.

Barnier said the U.K. has asked to negotiate separate reciprocal access on a yearly basis, which simply cannot be done.”

On governance, Barnier said U.K. negotiators have asked for a series of sectoral agreements while the EU is pushing for one comprehensive deal that includes all topics up for discussion.

The EU is particularly vexed by concerns that Britain may diverge on rules and regulations to gain a competitive advantage so wants to make sure that a level playing field is agreed by London in return for a high degree of access to the single market. Barnier said Britain has made clear its intent to safeguard high standards” but that it doesn’t want them codified in a common agreement.

Barnier also said that the two sides have big differences of opinion over the role of the European Court of Justice in interpreting future arrangements.

He added that British negotiators have asked to leave foreign policy and defence issues aside but that the EU is willing to discuss these subjects in the future if the U.K. wants to do so.

"Everyone allow her to re-introduce herself her name is Zaya Wade!" wrote the former basketball star on Instagram.
Read more

Sen. David Perdue (R-Ga.) purchased stock in a company that produces personal protective equipment on the day of a Senate members-only meeting on coronavirus in late January,...
Read more

Winners revealed: Discover our favourite PC gear in the...

Which products, technologies and companies were judged to be better than the rest across dozens of PC, component and peripheral categories.
Read more

Everything We Know About The First Same Sex Couple...

The new season will premiere at the end of February.
Read more

Don’t miss the best players from the AFC and NFC face off at Camping World Stadium - we’ll show you how to get a Pro Bowl 2020 live stream online from anywhere in the world.
Read more

Washington — which has the second-highest number of confirmed COVID-19 cases in the U.S. — is stepping up its testing efforts.
Read more

Three months after he and other faculty members received threatening emails, the chairman of Wake Forest University's sociology department is awaiting word from the school on how it will address those threats
Read more