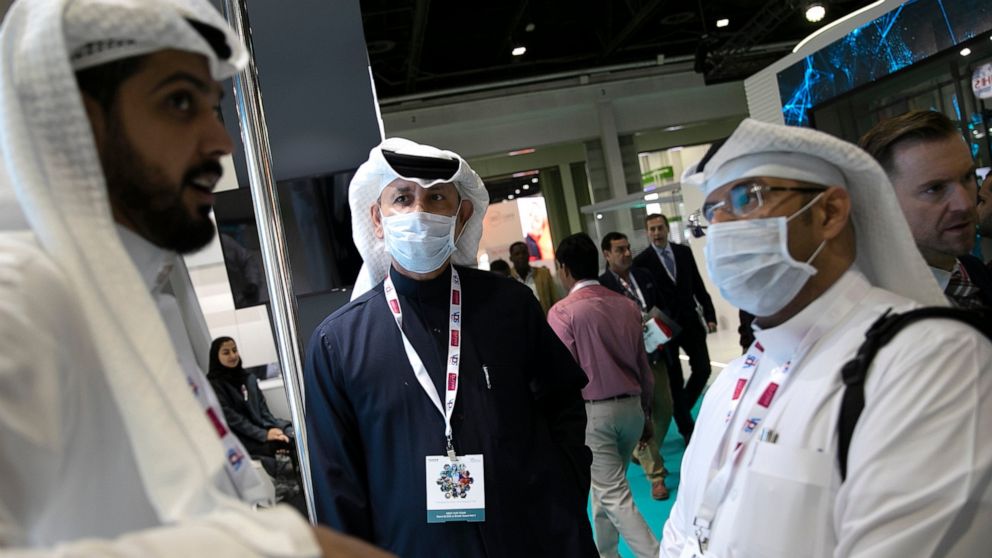 The United Arab Emirates reported 15 additional cases on Saturday of a new and fast-spreading virus, bringing the total number of infections in the country to 45.

The Health Ministry said 13 of the new cases had recently arrived from abroad, and they include three Emirati citizens, two Saudis, two Ethiopians and two Iranians, as well as a person each from Thailand, China, Morocco and India.

The statement gave no further details on where the travelers had come, when they had arrived to the UAE and which ports of entry they had come in from.

The other two cases, an Emirati and an Egyptian, were diagnosed after being monitored in connection with a cycling tour in the country that was halted a week ago after two Italians were first confirmed as having the virus.

The UAE is a major tourist destination and most of its residents are foreigners. The emirate of Dubai is also home to the world’s busiest airport for international travel.

To stymie the spread of the virus, the UAE has suspended schools, nurseries and universities for a month. It has also stopped flights to Iran, one of the hardest-hit countries by the new coronavirus, and limited flights to China.

Authorities have urged residents and citizens not to take unnecessary trips abroad, and to expect screenings and possible quarantines upon return. Like other countries around the world, the UAE has also cancelled major art, sporting and business events.

The virus, which originated in China, has infected more than 100,000 people globally. More than 5,000 cases have been confirmed in the Middle East, with most of those in Iran.

The Associated Press receives support for health and science coverage from the Howard Hughes Medical Institutes Department of Science Education. The AP is solely responsible for all content.

The Latest: New Orleans police use tear gas on protesters

Afghan officials have raised the death toll from a militant attack on a maternity hospital in Kabul the previous day, saying that 24 people were killed, including two newborn babies, their mothers and an unspecified number of nurses
Read more

Veteran NASA astronauts to be first to launch from...

NASA astronauts Bob Behnken and Doug Hurley will be the first to fly SpaceX's new spaceship on the historic test flight to the International Space Station. Mark Strassmann speaks with Behnken and Hurley.
Read more

Race Across the World victors pledge winnings to help...

The globetrotting BBC series came down to a nailbiting climax on Sunday - spoiler alert!
Read more

Sky Sports and BT Sport reveal what the Premier...

If you paused your Sky Sports and BT Sport subscriptions, here's what the Premier League's return means for your bills.
Read more

CNN’s Toobin torches Twitter on not taking down Trump...

CNN legal analyst Jeffery Toobin on Tuesday ripped Twitter over its decision to not take down tweets from President Trump that promote a conspiracy theory surrounding a woman who died while working at MSNBC host Joe Scarb...
Read more

The best Mother’s Day deals for everyone and their...

Make Mom proud by saving money at any number of these Mother's Day sale events. Underscored has compiled the mother of all lists to guide you in all your Mother's Day shopping pursuits.
Read more

Windows 10’s Disk Cleanup has been changed so that users no longer get the option to delete files in the Downloads folder.
Read more

Steven Linick, the ousted State Department inspector general, told lawmakers that he was investigating Secretary of State Mike Pompeo for allegations of misusing government resources and that he had discussed the probe wi...
Read more

Matthew Tkachuk sets up Flames in 3-2 victory over Coyotes