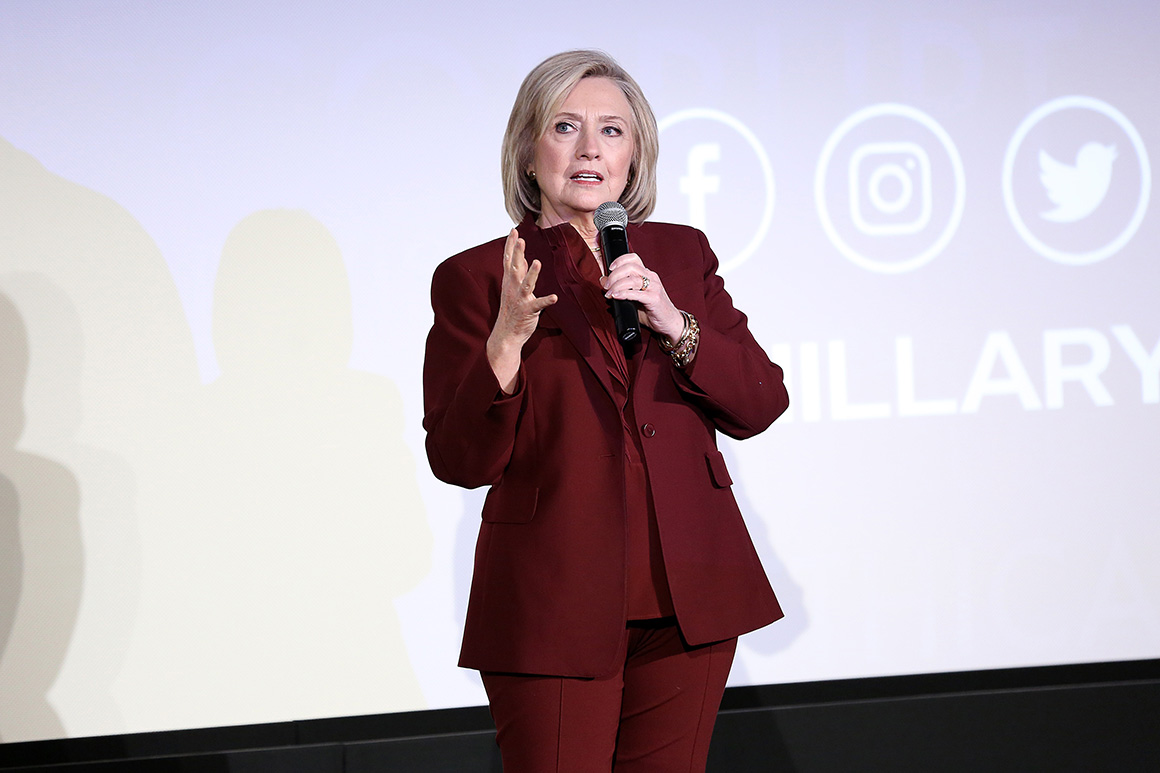 I think what Joes victories on Super Tuesday showed is that he is building the kind of coalition that I had basically, she told Zakaria. Its a broad-based coalition. I finished, you know, most of the work I needed to do for the nomination on Super Tuesday, and then it kind of lingered on and I think Joe is on track to doing exactly the same thing putting together a coalition of voters who are energized.

Clinton also said she hoped that if Sanders doesnt get the nomination that he and his supporters would back Biden.

I hope so because his failure and the behavior of a lot of his top aides, and certainly many of his supporters up to the convention, at the convention, and even up to Election Day was not helpful, she said of the 2016 race.

I had thought we would unify, that’s what we’d always done before and that’s what I expected. I certainly tried to do that when I ran against Barack Obama and worked very hard for him.

Serie A suspension extended to June 14

Treasury Secretary Steven Mnuchin didn't indicate any willingness to change the terms and put the onus on Congress.
Read more

Mayor Jacob Frey on changing the culture in policing...

Minneapolis council members are pledging to defund or dismantle the police department following the death of George Floyd. The city's mayor, Jacob Frey, is opposing it and instead supporting police reform. Frey joins "CBS This Morning" to discuss why there ne…
Read more

Lightweight, affordable, and fun. There's much to love about Lenovo's $300 laptop.
Read more

3 men indicted on murder charges in killing of...

Arbery was slain Feb. 23 when the Greg and Travis McMichael armed themselves and pursued the 25-year-old Black man running in their neighborhood.
Read more

Despite widower’s plea, Trump doubles down on murder conspiracy...

A new study says that while autonomous vehicle technology has great promise to reduce crashes, it may not be able to prevent all crashes caused by humans
Read more

Coronavirus lockdown: The Indian migrants dying to get home

Many poor Indians, fleeing hunger in locked down cities, have died of exhaustion or in accidents.
Read more

Police begin to piece together Danielle’s whereabouts on the day she went missing.
Read more

Over 100 police officers have died from COVID-19

Over 100 police officers in the U.S. have died from COVID-19 after fighting the virus on the front lines, according to a report from the Fraternal Order of Police (FOP) obtained by The Hill via email Thursday.The F...
Read more

The debate over whether to declare a moratorium on mergers during the coronavirus pandemic is intensifying on Capitol Hill.
Read more

Food deserts, or neighborhoods where residents have limited access to a grocery store, exist in every U.S. state. The coronavirus pandemic is making that scarcity even worse. NBC News’ Blayne Alexander talks to Americans trying to bring fresh fruits and veget…
Read more

Sanders criticizes Biden for 'taking a little bit of credit' for Obama...