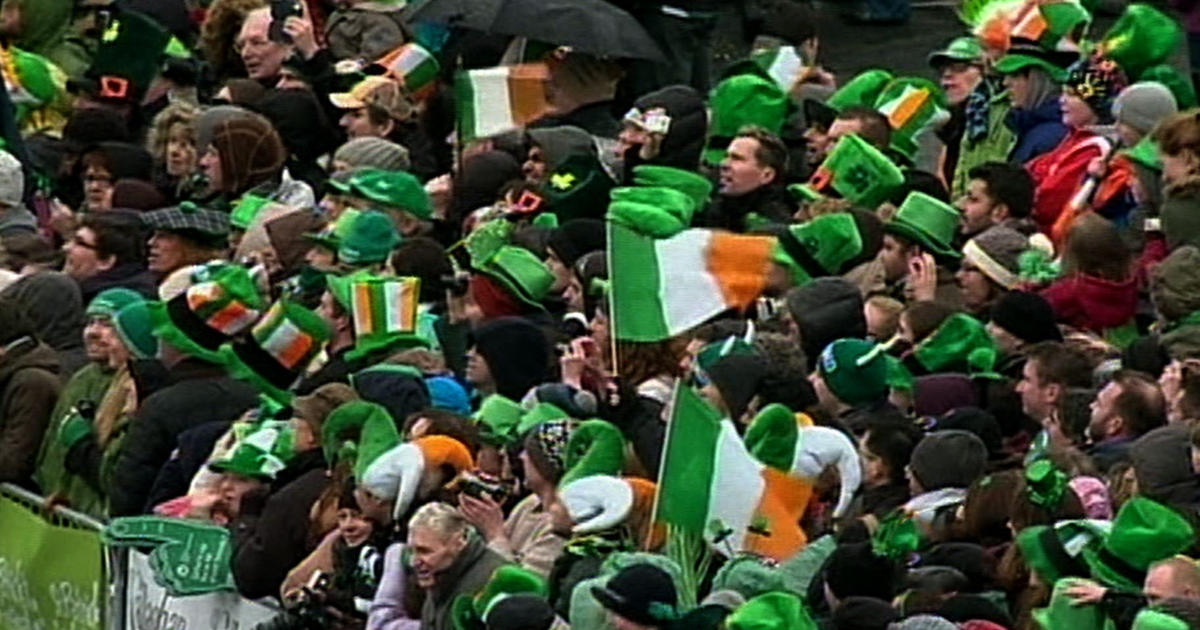 All St. Patrick’s Day parades across the Republic of Ireland have been canceled due to coronavirus. Prime Minister Leo Varadkar announced the cancellations Monday, along with a €430 million ($492 million) aid package for the health service to deal with the virus, BBC News reports.

St. Patrick’s Day is celebrated globally on March 17 every year. Last year, more than 400 landmarks in more than 50 countries turned green for the patron saint of Ireland.

The largest St. Patrick’s Day parade in the Republic of Ireland is held in Dublin, the capital, where about 500,000 people attended last year’s celebration, according to BBC News.

Thousands lined the streets in Dublin to celebrate St. Patrick’s Day in 2013.

Three new cases of coronavirus were confirmed in the Republic of Ireland on Monday, bringing the total to 24 cases, BBC News reported. All three new cases are women who had close contact with other people already diagnosed with coronavirus. One of the women is a health care worker.

Varadkar said the Republic of Ireland would try to stay in the “containment phase” for as long as possible.

A new package of reforms for sick pay, illness benefit and supplementary benefits have been approved by government officials to ensure employees and the self-employed can self-isolate and stay home from work if needed.

As of Monday, coronavirus is blamed for at least 24 deaths in the U.S. — a fraction of the more than 3,800 deaths worldwide, according to figures compiled by Johns Hopkins University.

Even during a "normal summer," camps have to prepare for challenges running from poison ivy to severe weather to emotional challenges like homesickness.
Read more

The US TV star posts photos of her new buzz cut after struggling with hair loss for almost 30 years.
Read more

How to seek and provide mental health support in...

In this Special Feature, we spoke to two mental health first aid experts to find out how to spot signs of mental distress in someone who works remotely.
Read more

Hip-hop has been addressing prison reform for decades, but an album released Friday was actually produced, written and recorded behind prison walls by...
Read more

Republicans on the newly formed Select Subcommittee on the Coronavirus Crisis gathered in a room in the House Visitor Center for the panel's first virtual briefing Wednesday in an effort to show lawmakers can conduct busi...
Read more

South Korea has reported 169 more cases of the new coronavirus, mostly in the southeast city of Daegu and nearby areas, bringing its total number of infections to 1,146
Read more

Trump ramps up after dire report, media also getting...

We are finally--thankfully--in the midst of a full-scale national mobilization to minimize the impact of this dreaded virus.
Read more

Kelly Clarkson can sing pretty much anything she chooses amazingly well.
Read more

Shannon Sharpe: LeBron viewing ‘MJ as a teammate not...

LeBron James fired back on Twitter at reporter Brian Windhorst after he claimed that LeBron 'envisioned Michael Jordan as a teammate not an adversary.' Hear why Shannon Sharpe believes that LeBron was taken out of context from his original statements.
Read more

POLITICO Playbook PM: Trump treks to the Capitol for...

The U.N. mission in Afghanistan says its findings indicate the Afghan military had mistakenly fired the mortars this week at a busy market in southern Helmand province that inflicted heavy civilian casualties
Read more

Scientists have tracked a cuckoo's migratory flight from Africa to its breeding ground in Mongolia.
Read more

HBCU players were counting on their pro days and the first HBCU combine to help get much-needed attention from NFL scouts.
Read more

UK on course for ‘significant’ recession after March slump

The British economy shrank 2% in the first quarter of the year from the previous three-month period, the biggest quarterly decline since the global financial crisis of 2008 even though it included just one week of the coronavirus lockdown
Read more

Police Station on Fire in Minneapolis Amid Protests Over...

Footage shows a police precinct burning in Minneapolis after it was taken over by protesters late Thursday. Demonstrations over the death of George Floyd in police custody spread to other cities. Photo: John Minchillo/AP
Read more