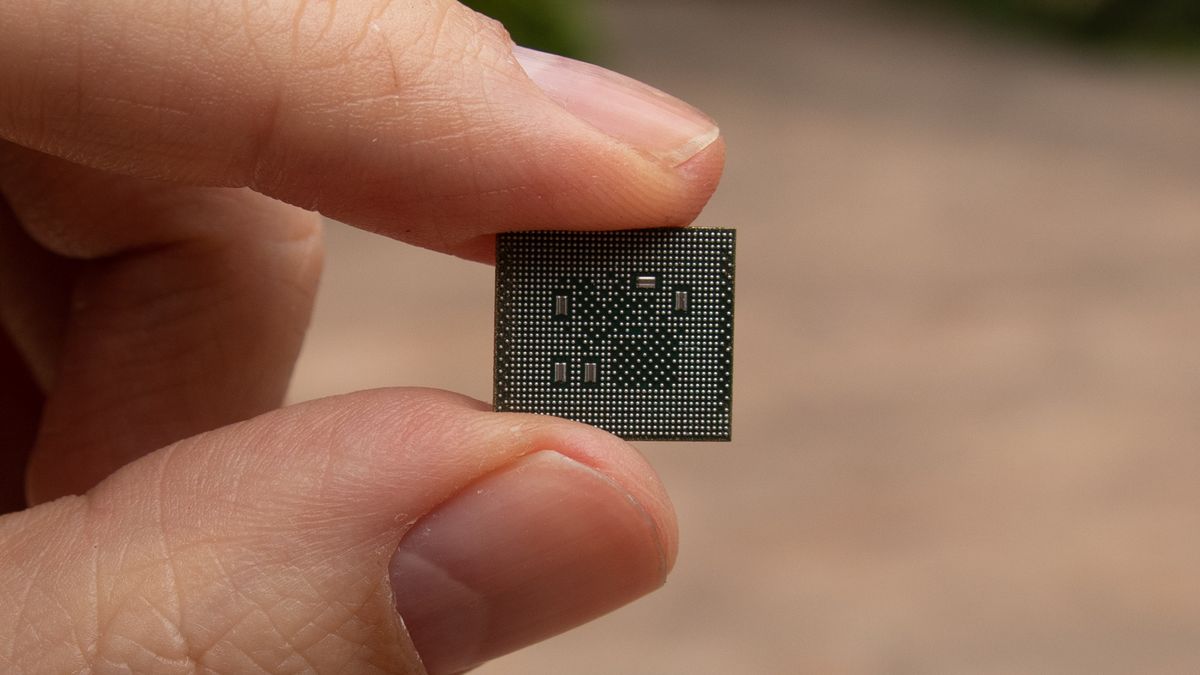 A year ago, Samsung Foundry announced that it had completed the development of EUV-based 5nm chipsets. In a short period, it is now already in the process of setting up manufacturing facilities for the same.

Samsung has reportedly already placed orders for machinery from its partners, which will be needed for setting up the 5nm foundry line. The V1 plant at its campus in Hwaseong will handle this production. The setup process, which has already begun, usually takes about 2-3 months to reach operational levels. Once the fabrication line is in place, an additional few months are spent at optimizing the production and improving the yield.

Samsungs 5nm EUV chips will be about 25% smaller than those fabricated using the 7nm EUV die. It will inherently increase the transistor density as well as improve efficiency by about 20%. Notable customers include Qualcomm, which will be using Samsungs manufacturing process on its upcoming Snapdragon X60 modem for its next generation of 5G smartphones.

Optimistic estimates suggest that Samsung will be able to mass-produce 5nm chips by the end of this year. This will be a crucial step in Samsungs mission of catching up with TSMC, which is the only other brand with the ability to manufacture 5nm chipsets.

For context, TSMC is ready with its manufacturing lines and is on track to commence production in April. It means it not only achieved its previous target of being production-ready in the first half of 2020 but will have an almost 6-month lead over Samsung. Moreover, it also seems to be completely booked with orders.

A baseball season that was on the brink before it ever began because of the virus outbreak is set to start Thursday night.
Read more

Birmingham City midfielder Jude Bellingham's move to Borussia Dortmund is set to be confirmed next week after he had a medical at the German club.
Read more

Texas' voter turnout is the highest in the country so far.
Read more

Former Texas congressman Ron Paul was hospitalized earlier Friday after an apparent medical episode but is now "doing fine," according to a tweet posted to his Twitter account.
Read more

Bayer Leverkusen v Rangers: Things you might have forgotten...

It's been five months since Rangers slipped to a 3-1 Europa League defeat at Ibrox against Bayer Leverkusen. Here's some things about the tie you may have forgotten...
Read more

This weekend's Community Shield will kick off "one of the most intense seasons" for Premier League champions Liverpool, says manager Jurgen Klopp.
Read more

Ember Moon: ‘I may have a career ending injury’

Booker T, Mark Henry, and Ember Moon share which matches they would like to "Do-Over" from their career. Moon doesn't dwell too much on the past because she's worried about her current injury that she feels she may never return from.
Read more

CNN's Anderson Cooper shares the news that he is now a father during a CNN town hall on the coronavirus pandemic.
Read more

Meghan Markle and Prince Harry may have been somewhat unprepared for the lack of privacy that their move to Los Angeles has brought them.
Read more

A new leak suggests that if you have iOS 13 on your current iPhone, Apple may be set to give you iOS 14 later in the year.
Read more

Top Tweets: Packers get a leg up in training...

FOX Sports Wisconsin compiles the top tweets and Instagram posts from the past week of Wisconsin sports.
Read more

America has now fallen behind Canada, Denmark and Sweden, among other nations.
Read more

Ohio college students were cited after hosting a house...

Six people in Oxford, Ohio, were cited for violating a city ordinance on mass gatherings after they held a house party despite testing positive for Covid-19, according to police records.
Read more

Trump’s Summer of Love Is a Distant Memory Now

Can the president win in November without the rallies that first drove his supporters wild four years ago?
Read more

The U.S. hit the grim milestone for the first time in two months.
Read more

Book excerpt: John Dickerson’s “The Hardest Job In the...

The "60 Minutes" correspondent's new book looks at the responsibilities of the presidency, and how the role of chief executive has evolved according to the men who met – or did not meet – the challenges of the office
Read more

Silicon Valley is enamored with a new app. But...

Clubhouse is the buzzy new social app of 2020, freshly valued at $100 million after a reported $12 million in funding from Andreessen Horowitz.
Read more

Tropical Depression 26 formed last night in the Caribbean near Jamaica and is forecast to become Hurricane Delta this week as it moves into the Gulf of Mexico.
Read more

Sen. David Perdue (R-Ga.) purchased stock in a company that produces personal protective equipment on the day of a Senate members-only meeting on coronavirus in late January,...
Read more

Vice President Mike Pence will formally accept his party's nomination to be Donald Trump's running mate for a second term at the third night of the Republican National Convention.
Read more

Reps. Darin LaHood (R-Ill.) and Jimmy Panetta (D-Calif.) introduced a bill on Tuesday that would provide a tax credit to food and beverage distributors to cover debt for products that were shipped off prior to the coronav...
Read more

EU leaders are set to meet on 18 July to discuss a Covid-19 recovery fund.
Read more

Watch live: Mass. governor on precautions in Salem before...

Salem typically attracts half a million visitors during October but due to the coronavirus pandemic, the city is asking visitors without plans to not visit.
Read more

During Lockdowns, the Earth (Sort of) Stood Still

UK will change Hong Kong extradition arrangements due to...

British Prime Minister Boris Johnson says the UK will change its extradition arrangements with Hong Kong to reflect his government's "serious concerns" about its new security law, but called for engagement with China.
Read more

How to save battery on your iPhone

Here’s how to save battery on your iPhone using a variety of tips and tricks, from limiting your binging to activating Dark Mode.
Read more

Civil rights icon Rev. C.T. Vivian was remembered by family and friends after he died at age 95. Vivian worked alongside the Rev. Martin Luther King Jr., and is the first Black civilian to lie in state in Georgia.
Read more

Stocks plummet after Trump restricts travel to US from Europe