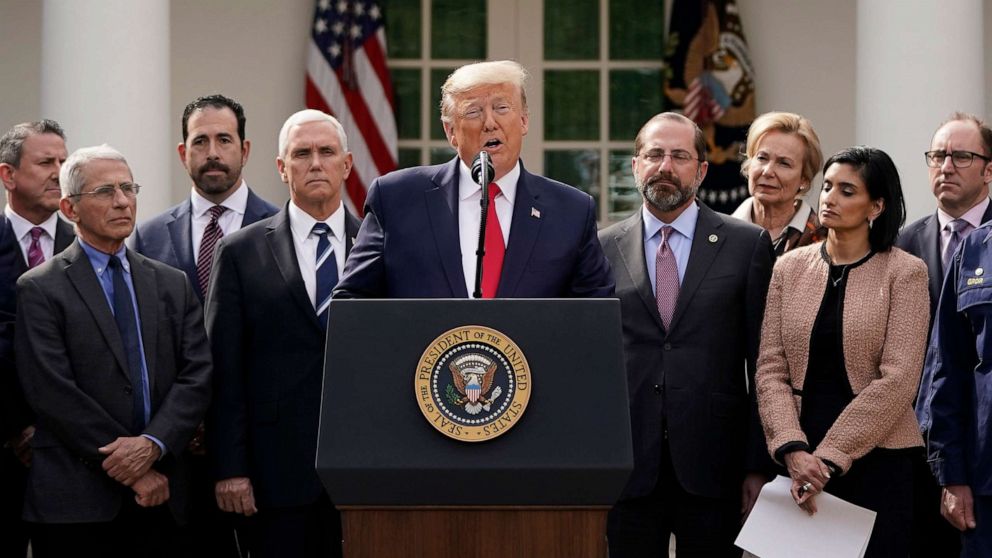 Trump Victory on Friday informed donors via email who attended a fundraiser at Mar-a-Lago on Sunday that a donor who also attended the event has tested positive for the coronavirus, according to an email obtained by ABC News.

“We unfortunately write today to notify you that an attendee at the Trump Victory-sponsored event you attended at Mar-a-Largo on Sunday, March 8,” the joint committee between the Trump campaign and Republican National Committee wrote in an email sent today.

The news was first reported by the New York Times.

A senior campaign official tells ABC News the donor did not interact with the president. RNC did not return a request for comment.

The email adds that the group is “not aware if the individual had the virus. by the time of the event.”

“As you may have had contact with this individual, please contact your medical provider if you or any of your loved ones is ill or develops a fever, shortness of breath, or other respiratory symptom,” the RNC/Trump campaign told supporters in the email on Friday.

News of a donor testing positive who was at the president’s Mar-a-Lago resort Sunday for an event comes as a Brazilian official recently tested positive who met with President Trump at the resort a day earlier on Saturday.

ABC News has reached out regarding if Mar-A-Lago will undergo a deep cleaning but has yet to hear back. The Trump campaign’s massive offices in Arlington, Virginia are set to be deep cleaned as staff work from home though Monday, multiple sources tell ABC News.

This is a developing story. Please check back for updates.

While much of the world continues to battle the coronavirus, life in Germany is slowly moving back towards normal with shops opening and businesses restarting. Anna Noryskiewicz reports from Berlin.
Read more

The criticism may heighten tensions between Trump, who has touted the drug, and Dr. Fauci and other experts, but is unlikely to affect coronavirus treatment.
Read more

Nearly 39 million have sought US jobless aid since...

More than 2.4 million people applied for U.S. unemployment benefits last week in the latest wave of layoffs from the viral outbreak that triggered widespread business shutdowns two months ago and sent the economy into a deep recession
Read more

The U.S. and China’s blame game isn’t saving any...

The world’s two leading powers are trading insults and one-upping each other in a childish blame game.
Read more

Delirium ‘may be common’ in Covid seriously ill

Long stays in intensive care and being ventilated could increase the risk, researchers say.
Read more

Aberdeen thank their supporters as nearly 5,000 season tickets are sold for next season.
Read more

'Caremongers' are working to help the elderly and vulnerable Indians in times of coronavirus.
Read more

A second set of social media posts casts doubt on Ted Howze’s claim that another person gained access to his accounts.
Read more

President Trump said the task force has done "a phenomenal job," and the administration is "looking at other phases."
Read more

Lost your job? Here’s what you need to know

How the coronavirus pandemic will shape the future of...

This year's college graduates are entering the worst job market since the Great Depression. Charlotte Alter of Time spoke to CBSN about her conversations with members of the Class of 2020, whose futures will be shaped by the coronavirus pandemic.
Read more

Trump says he will "most likely" get tested for coronavirus